The 2022 Volkswagen Tiguan Allspace facelift has been revealed, a few months after the debut of the standard Tiguan facelift, which will be launched in India in the coming months. This is not to be mistaken for the pre-facelift Tiguan Allspace on sale in our market, a second batch of which has been allocated for India after the first sold out in 2020. As was the case with the five-seat Tiguan, the Tiguan Allspace facelift gets a number of cosmetic changes that bring it in line with the smaller model, as well as new tech and safety features.

Key among changes on the outside are the new ‘IQ Light’ LED headlights (featuring 24 semi-automatic LEDs that adapt to different conditions on the road), a bolder grille sporting a slim LED bar and the new Volkswagen logo, a redesigned front bumper, new alloy wheel designs and LED tail-lights with a revised light signature. The new front-end of the Tiguan Allspace has added 22 mm to its length, but the interior measurements remain unchanged.

On the inside, the Volkswagen Tiguan Allspace facelift gets the company’s new-gen MIB3 infotainment system (with touchscreen sizes ranging from 8.0- to 9.2-inches), connected car tech, voice commands, different upholstery options, a new steering wheel and touch and slider controls for the three-zone automatic climate control system. 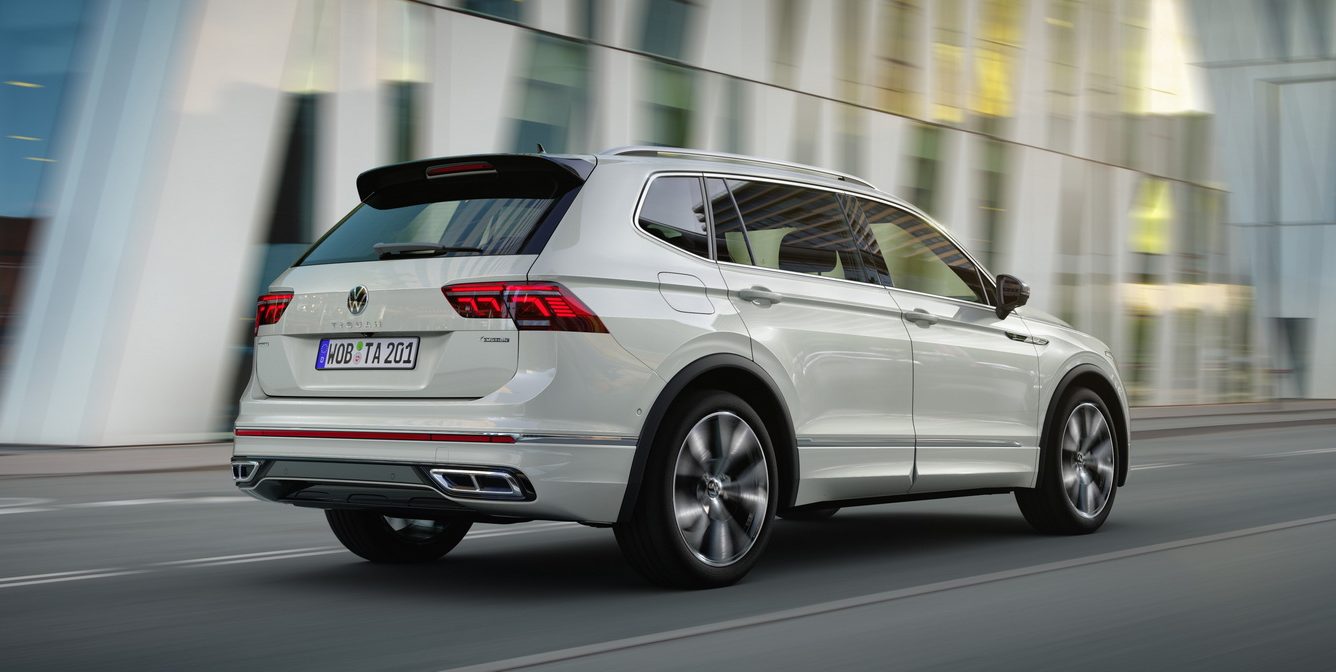 As before, it continues with a ‘Virtual Cockpit’ digital instruments display, but now, it can also be had with a colour head-up display as well as a 480-watt audio system developed in partnership with Harman Kardon. Three rows of seats are optional for markets abroad, and boot space ranges from 700 to 1,755 litres with the second and third rows folded down. Additionally, the Tiguan Allspace facelift for international markets will also be equipped with ‘IQ Drive Travel Assist’, which will offer semi-autonomous driving at speeds of up to 210 kph by employing the adaptive cruise control and lane assist systems.