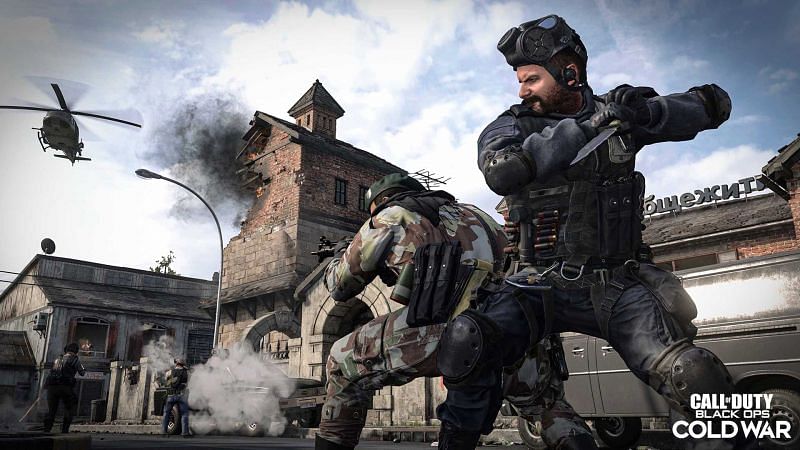 When is Standoff coming to Black Ops Cold War?

When Black Ops Cold War Season 3 was initially announced, Standoff and plenty of other content were teased for release at some point in the season.

Standoff hasn’t been released yet, and it’s most likely the next map to make its way into Black Ops Cold War multiplayer. Until yesterday, there was no timetable for Standoff’s release, but a tweet from Call of Duty yesterday may have changed that.

The tweet from Call of Duty simply said “Become War.” This was followed by a release date of May 20th, 2021. On top of that, there was a quick 10 second teaser that showed an enemy being scouted by a soldier with a bow. There are rumors that the teaser is Rambo.

Black Ops Cold War is set to receive a midseason update soon, and the teaser is no doubt centered around that update. However, many of the details in the update and for the Standoff map are still murky. Nothing is set in stone until Call of Duty or Activision makes a concrete confirmation. For now, the best estimate for a Standoff release date is May 20th, 2021.

Standoff and other content in Black Ops Cold War Season 3

Players are understandably hyped for Standoff because the map is an old fan- favorite. For those who are newer players, Standoff was one of the maps in Call of Duty: Black Ops 2 and it has been highly regarded ever since. Raid is also another map from the game that has seen other releases due to its popularity.

Another map would potentially be Duga, which is a larger map that likely won’t be seen used in regular core playlists. Black Ops Cold War players can also expect another weapon known as the AMP63 which is a pistol. The pistol and a baseball bat will be the new weapons released in the update, ahead of three that have already been released in Black Ops Cold War Season 3.

Then there are the potentially new operators that may appear in the Season 3 mid-season update. Rambo was initially rumored to be the new operator and was teased again in the latest clip from Call of Duty. Rambo and Antonov will be the latest operators in the game, but Rambo may have to wait until May 20. Details on how the character is acquired are still unknown, but players should be prepared for a bundle or a challenge.