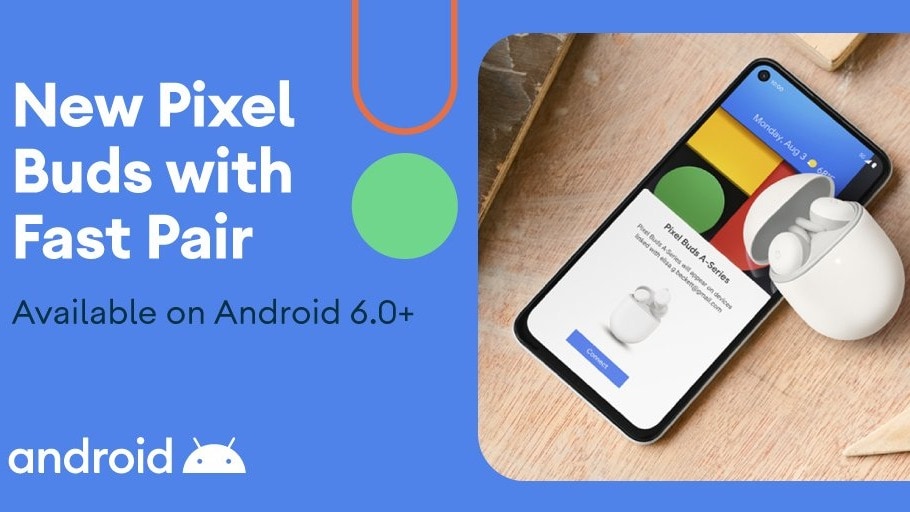 The design looks identical to Google’s last month’s promotional email leak, but the all-white case is slightly different from the Panda-style colour scheme in the earlier image, indicating its availability in different colour options such as all-white or dark ‘forest green’. The inside of the charging case as well as the tips and wings of the buds are green. The two new colours are said to be similar to those seen on the upcoming Pixel 5a.

The all-white case of the Google Pixel Buds A in the leaked image is slightly different from the Panda-style colour scheme leaked earlier. Image: Google

In terms of design, the new Pixel Buds A look similar to the first-generation buds, except they will be priced lower, a fact denoted by the ‘A’ branding used on the affordable Pixel phones.

Also, Google might not name its next earbuds the Pixel Buds 3 and could rather go with the ‘A’ moniker. The reason for the shift from 3 to A is vague, but hypothetically, if the nomenclature follows that of the Pixel series of phones, then the Pixel Buds A should be a more affordable option and would be priced lower than its competitors – such as the Apple AirPods – by about $20 to $25.

It is also speculated the Pixel Buds A-series will work with Fast Pair available on Android 6 and above devices. It’s not certain when Google will officially launch the Pixel Buds A, but they’re most likely to debut alongside the Pixel 5a 5G later this year.