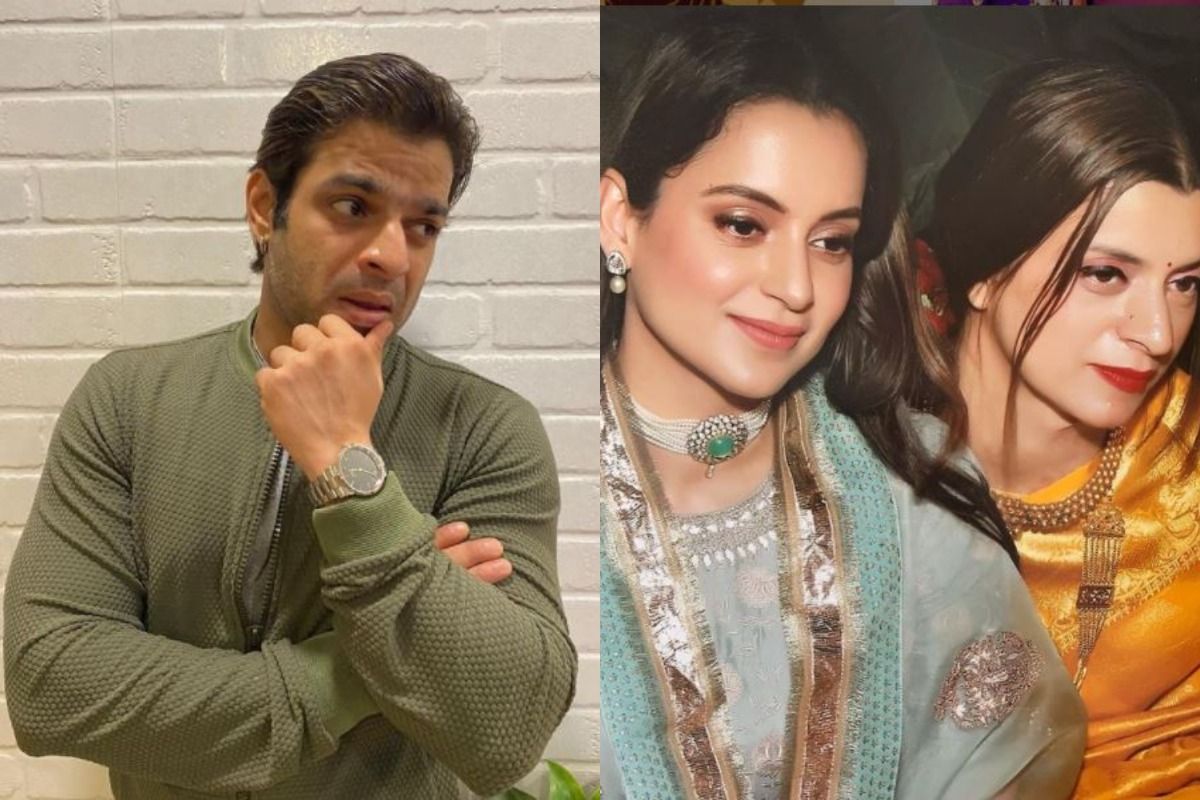 Mumbai: Actor Kangana Ranaut’s sister Rangoli Chandel called television actor Karan Patel ‘most nalla person’ after he mocked Kangana Ranaut over her tweet on ‘forcefully drawing oxygen from the environment’. Rangoli further called him a ‘bojh (burden) on Mother Earth’. Taking to Instagram stories, she shared a screenshot of Karan’s comment and wrote, “And u r the most Nalla Person this country has ever produced ,who has not done anything for environment… who is just a bojh (burden) on Mother Earth have some gratitude & feel better !! @karan9198.” Also Read – Ankita Bhargave Shares Unseen Montage Photos From Her Wedding, Karan Patel Jokes ‘How Mean’

Earlier, Karan had shared a screen grab of Kangana’s post and captioned it, “This woman is the most hilarious stand up comedian this country ever produced.” Also Read – Indian Navy Steps Up Covid Relief Operations

Earlier, Kangana Ranaut had tweeted, “Everybody is building more and more oxygen plants, getting tons and tons of oxygen cylinders, how are we compensating for all the oxygen that we are forcefully drawing from the environment? It seems we learnt nothing from our mistakes and catastrophes they cause #Planttrees. (sic)” Also Read – 5 Kota Friends Turn Their Luxury Cars Into ‘Emergency Hospital’ to Provide Oxygen to Critical Patients

She further advised that whoever takes medical oxygen for their treatment should also give back to nature and work towards its betterment. In another tweet, she wrote, “Along with announcing more and more oxygen for humans, governments must announce relief for nature also, people who are using this oxygen should also pledge to work on improving the air quality, for how long we going to be miserable pests only taking never giving back to nature.”

Meanwhile, her Twitter account has been permanently suspended after a controversial tweet over post-election result violation in Bengal. As per the Twitter spokesperson, she repeatedly violated Twitter policy on ‘hateful conduct and abusive behaviour’. The micro-blogging site’s spokesperson told Wion, “We’ve been clear that we will take strong enforcement action on behavior that has the potential to lead to offline harm. The referenced account has been permanently suspended for repeated violations of Twitter Rules specifically our Hateful Conduct policy and Abusive Behaviour policy. We enforce the Twitter Rules judiciously and impartially for everyone on our service.”

Reacting to the ban, Kangana had issued a statement, that reads “Twitter has only proved my point they are Americans and by birth, a white person feels entitled to enslave a brown person, they want to tell you what to think, speak or do. Fortunately, I have many platforms I can use to raise my voice including my own art in the form of cinema but my heart goes out to the people of this nation who have been tortured, enslaved, and censored for thousands of years and still there is no end to the suffering.”