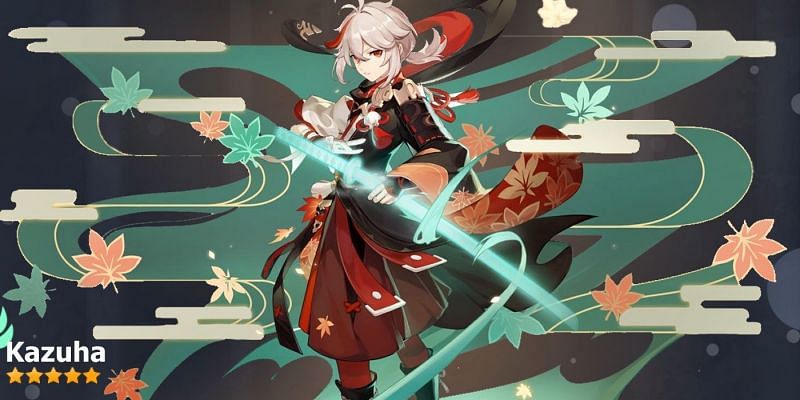 When will Kazuha be a playable character in Genshin Impact?

Genshin Impact fans will have to wait a little while before they can get their hands on Kiryu Kazuha.

There seems to be a new leak every day for Genshin Impact. This time, it’s about the Kazuha’s banner, which will apparently take place on June 30th, 2021. It has been datamined previously that Kazuha is a 5-star Anemo unit that wields Swords in battle.

Hence, if a player finds those traits or his skills (which will be described briefly near the end of this article) fascinating, then they should save primogems for that date.

This article will cover some aspects of Kazuha’s character so that players might have a reason to care about when he will be released as a playable unit. If a player isn’t interested in Kazuha at all, at least they’ll know when a skippable banner will happen in Genshin Impact.

Either way, Genshin Impact players will be talking about Kazuha for quite a while when he shows up.

When will Kazuha be a playable character in Genshin Impact?

As noted above, it would seem as though Kazuha’s banner will begin on June 30th, 2021. Leaks in Genshin Impact have an astonishingly high rate of accuracy lately, so it’s safe to say that Kazuha will be released at that time. With that knowledge in mind, players need to determine if they’re interested in getting him or not.

For whales, they will just have to spend more money when he’s released. For most other players, they will have to save primogems, which is more than doable given that he’s nearly two months away (plus, the banner will last for a while). Hence, players have ample time to decide whether or not Kazuha will be worth it.

Kazuha’s Elemental Skill, Chihayafuru, utilizes his Anemo element to pull in various enemies and objects to his location before launching them. It’s important to note that Kazuha himself is launched upward, which might make him useful for some players seeking to explore the Genshin Impact world.

As seen in the video above, Kazuha’s Elemental Skill is quite large. It wouldn’t be difficult to attract a horde of enemies in a manner seen with other characters like Venti and Sucrose.

If the Genshin Impact player holds the Elemental Skill, then Kazuha will deal even more damage. That’s without mentioning how players activating a plunging attack activate Ranran Haishin, which converts the physical damage to Anemo damage whilst also pulling enemies in.

It’s a highly versatile move, so Kazuha will likely work well for most teams, at least as a sub DPS unit. Anemo is highly synergistic with other elements, so it’s highly unlikely that Kazuha will be a bad unit.

Kazuha’s Elemental Skill has a lot of factors about it that make it stand out. By comparison, his Elemental Burst Manyou no Ittou seems a lot simpler. First, there is a single slash that deals an impressive amount of Anemo damage. Second, the Elemental Burst will leave behind a field-effect known as Ruka Akino.

See also  How to get fish, meat, and more in the game

Both Kazuha’s Elemental Burst and Elemental Skill seem to work terrifically with other Genshin Impact characters. If players are interested in getting him, they should remember that his banner will come out on June 30th.