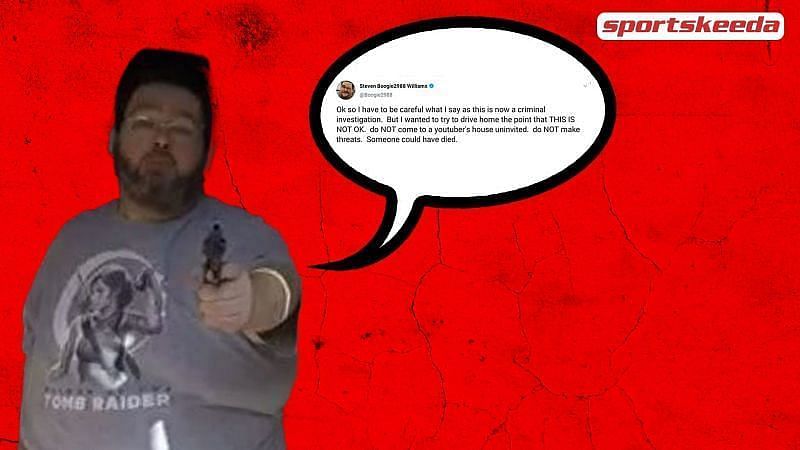 YouTuber Boogie2988 gets issued an arrest warrant, says he will “do the right thing”

Various sources have recently suggested that YouTuber Steven “Boogie2988” Williams has a warrant against him for “aggravated assault.”

Back in September 2020, banned YouTuber Frank Hassle showed up at Boogie2988’s house. Frank had been banned from YouTube for posting content that was considered harassing in nature.

However, the YouTuber blamed Boogie2988 for his ban, after which Boogie2988 claimed that Frank had begun stalking him. Frank Hassle ended up going to his house, which led to Boogie2988 allegedly firing a warning shot.

Now, Daniel “Keemstar” Keem has reported that a warrant has been issued for Boogie2988’s arrest for “aggravated assault.” Keemstar also said that Boogie2988 is planning to turn himself in on “Wednesday.”

YouTuber Boogie2988 gets an arrest warrant issued against him for aggravated assault, plans to turn himself in

As can be seen below, Keemstar posted a number of tweets about the incident when it occurred in September 2020. He also posted a picture of Boogie2988 pointing a gun at Frank Hassle. The YouTuber later claimed that he only fired a “warning shot” in the air and that Frank showed up at his house uninvited and threatened him.

Frank Hassle had himself posted a photo claiming that he was in Boogie2988’s town when the incident occurred. Frank Hassle was banned from YouTube as his content regularly infringed on “harassing” random people in public. The two YouTubers had been in an interview with Keemstar as well.

I will be making a Twitter video on this subject in about 15 minutes!

Boogie2988 ended up threatening Hassle, as he claimed that he had “self-defence” rights if Hassle entered his property – something he threatened to do repeatedly. Keemstar later reported that police were investigating the incident. Now, it seems as if the investigation is complete.

Boogie2988 or Steven Williams has been listed under the “warrants” section of the Washington County, Arkansas’s sheriff’s department website. The warrant was issued on 7th May 2021 and comes with a bond of $5000. The news was again reported by Keemstar, who posted the following tweets about Boogie2988’s arrest warrant.

So news circulating around me: can’t really comment for obvious reason. Thank you and anyone for support in this situation tho. I am gonna do the right thing and do it by the book. Glad to cooperate with authorities. Heading home today to do so.

This has nothing to do with suicide or anything for those who might think that. Just logging off social for a few days to resolve all that cop stuff

While the YouTuber has claimed that he will do everything by the “book” and is planning to turn himself in, further details about the matter are expected to emerge in the coming days.