A Resident Evil Village mod gave a player access to a Ray gun from Call of Duty: Zombies.

As the latest installment in the Biohazard franchise, Resident Evil Village has seen some exciting gameplay. One of the more interesting things is a player using a modded weapon skin to look like they are using the Ray Gun from Call of Duty.

It makes for a cool minute of gameplay as they take on one of Lady Dimitrescu’s daughters. 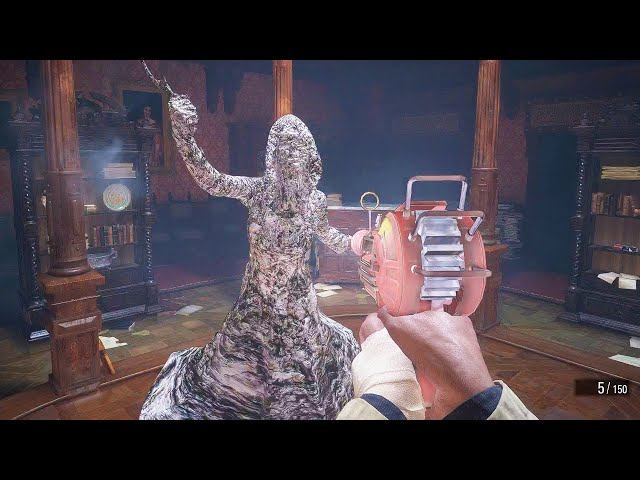 One of the unfortunate things about the mod is that it’s just a weapon skin mod, not a fully working weapon mod. So, it doesn’t shoot out rays like it did in Call of Duty: Zombies. Even so, it’s cool to see a player-run around the Resident Evil Village game with the Ray Gun in hand. Even up close, the Ray Gun looks much better than it ever did in the actual Call of Duty games.

The Ray Gun weapon mod is just over the typical pistol a player would find in Resident Evil Village. So, of course, it only shoots out normal bullets, but it looks way better. When the player is finally shooting at one of Lady Dimitrescu’s daughters, it even looks like it’s freezing her, acting like a Freeze Ray. Though of course, that’s only because the window in the game opened up, but it looks cool nonetheless.

I started playing Resident Evil: Village today & had to install a mod for increasing field of view (since i get motion sick playing FPS games) so i took time to throw in some other mods too! This game is already super fun but Banana Gun is really adding to the immersion ? pic.twitter.com/FZazOqPjph

Lately, a lot of other mods are also circulating all over the internet, making Resident Evil Village a lot more fun. One mod online even turns Chris Redfield’s head into a giant baby, making for a humorous moment in this dark game. Another mod even turned Chris into Ethan’s baby instead of Rosemary. Another popular mod online is Lady Dimitrescu’s head being replaced with Thomas the Tank Engine.