A look back at the illustrious journey of a two-wheeled icon- Technology News, Technomiz

Irrespective of how you feel about two-wheelers, one thing is for certain – by now, you’ve either seen, ridden, owned or aspired to have a Vespa. It’s a name that has, over decades, achieved global superstar status, and has directly or otherwise, left an indelible impression on millions of people. Even though its parent company Piaggio was founded all the way back in 1884, the Vespa story only began in 1946, which means the two-wheeled icon completes 75 years in existence in 2021. 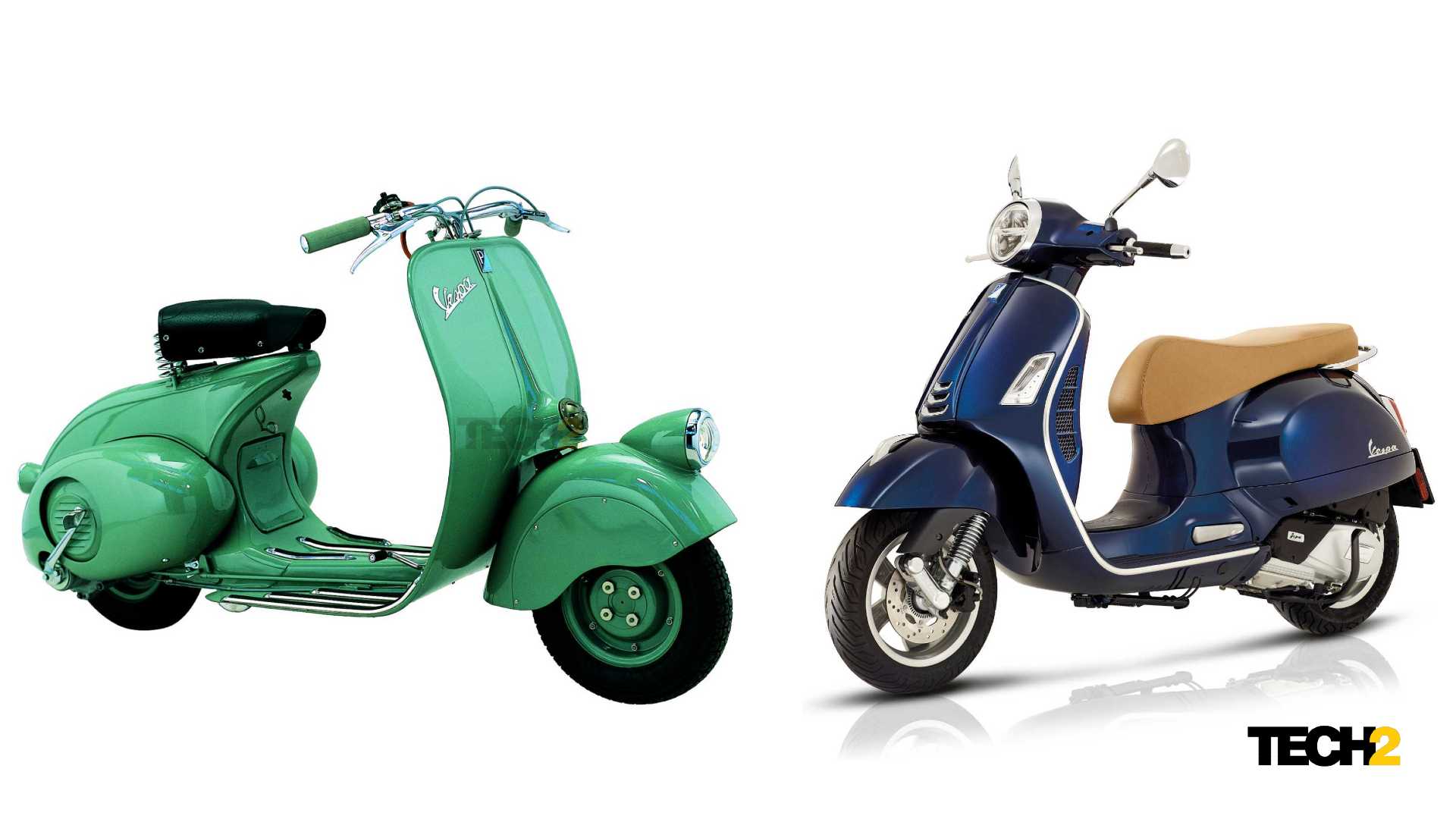 It was on this day exactly 75 years ago that Piaggio filed a patent in Florence at the Central Patents Office – which handled patents for inventions, models and brand names – for ‘a motorcycle with a rational complex of organs and elements with body combined with the mudguards and bonnet covering all the mechanical parts.’ The Vespa – Italian for ‘wasp’ – was born out of Piaggio’s desire to build an affordable scooter for the people of Italy, inspired by the Cushman scooters from the US, which had worked wonders for soldiers during World War II. 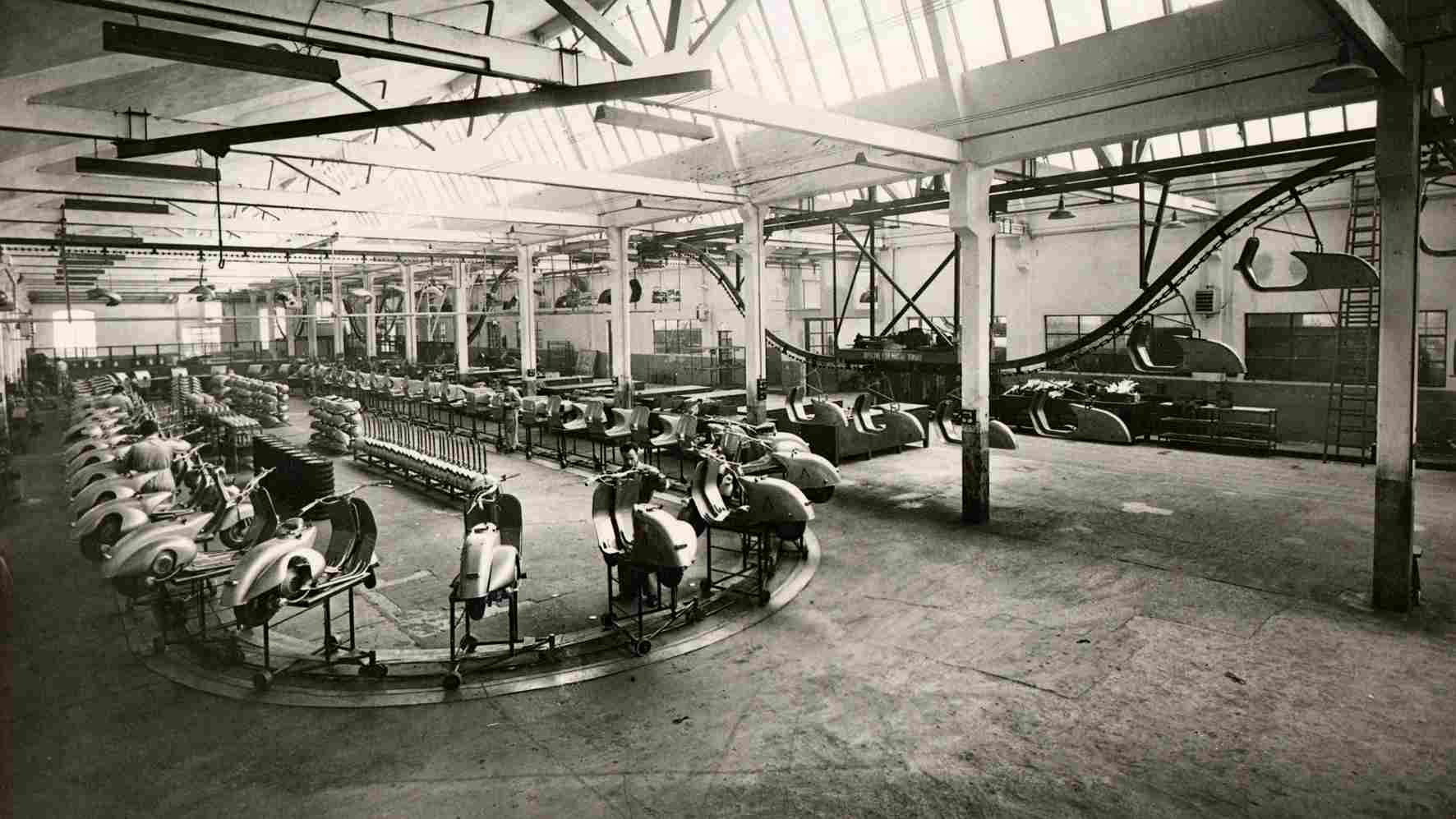 Production of the Vespa started at Pontedera in 1946, and continues till date. Image: Piaggio

The Vespa 98 made its public debut at the Milan auto show soon after, and two versions of the Vespa 98cc were subsequently introduced, with the most expensive variant packing a speedometer (yes, it was a luxury back in the day), a side-stand and white-wall tyres. In its first year of production at the Pontedera plant, the Vespa 98 found close to 2,500 buyers. That number grew by over 10,000 the following year, and by nearly 20,000 the year after that. By 1953, over 170,000 Vespas were on the road, and the company had granted licenses to manufacturers in other countries to assemble and sell their own versions of the scooter. Over 500,000 units were sold in the first decade of Vespa production. The Vespa starred in the movie Roman Holiday with Audrey Hepburn and Gregory Peck riding it in Rome. Image: Piaggio

Soon enough, the Vespa turned into a cult icon. Making its big screen debut in Roman Holiday with Audrey Hepburn and Gregory Peck touring Rome astride one, the Vespa quickly grew in popularity. By the early 1960s, other movie stars of the time such as Marlon Brando and Dean Martin had also appeared on screen riding a Vespa, and the scooter had by then featured in as many as 60 movies, which certainly added more appeal for the masses to what was already an attractive scooter. 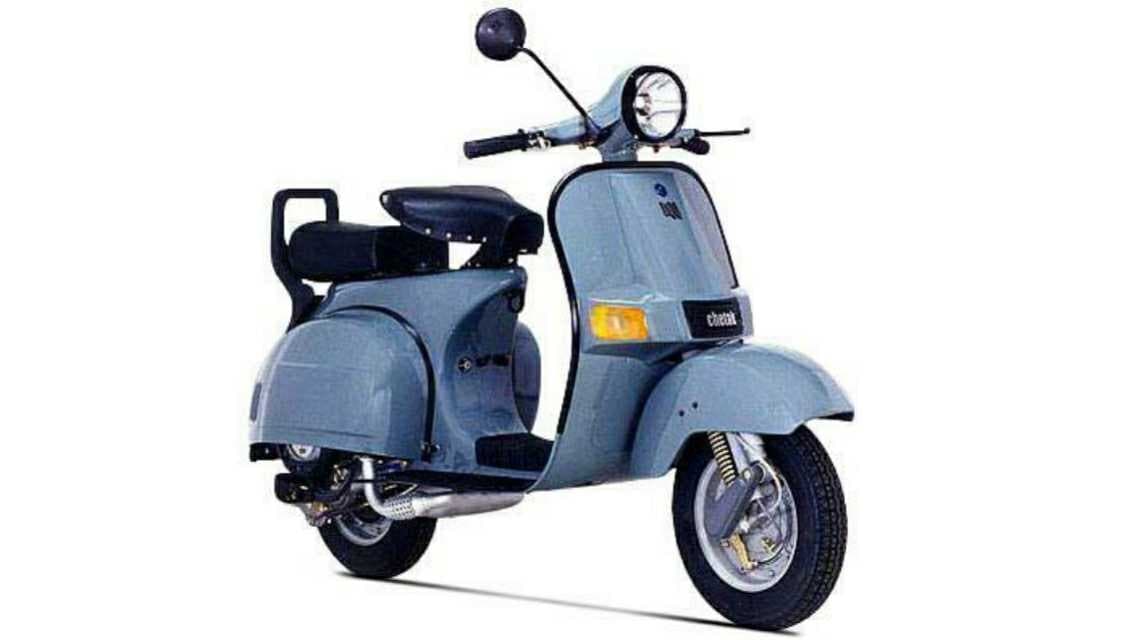 The Vespa Sprint lived on in India as the venerable Bajaj Chetak. Image: Bajaj Auto

For India, the Vespa arrived in the form of the Sprint, which was produced here under license by Bajaj Auto in the 1960s. The Italian firm also partnered with local manufacturer LML in 1983, but the tie-up petered out in 1999 owing to a long-standing dispute. However, both Bajaj’s and LML’s versions of the Vespa found scores of buyers, and the Bajaj Chetak in particular went on to become a motoring icon in India. 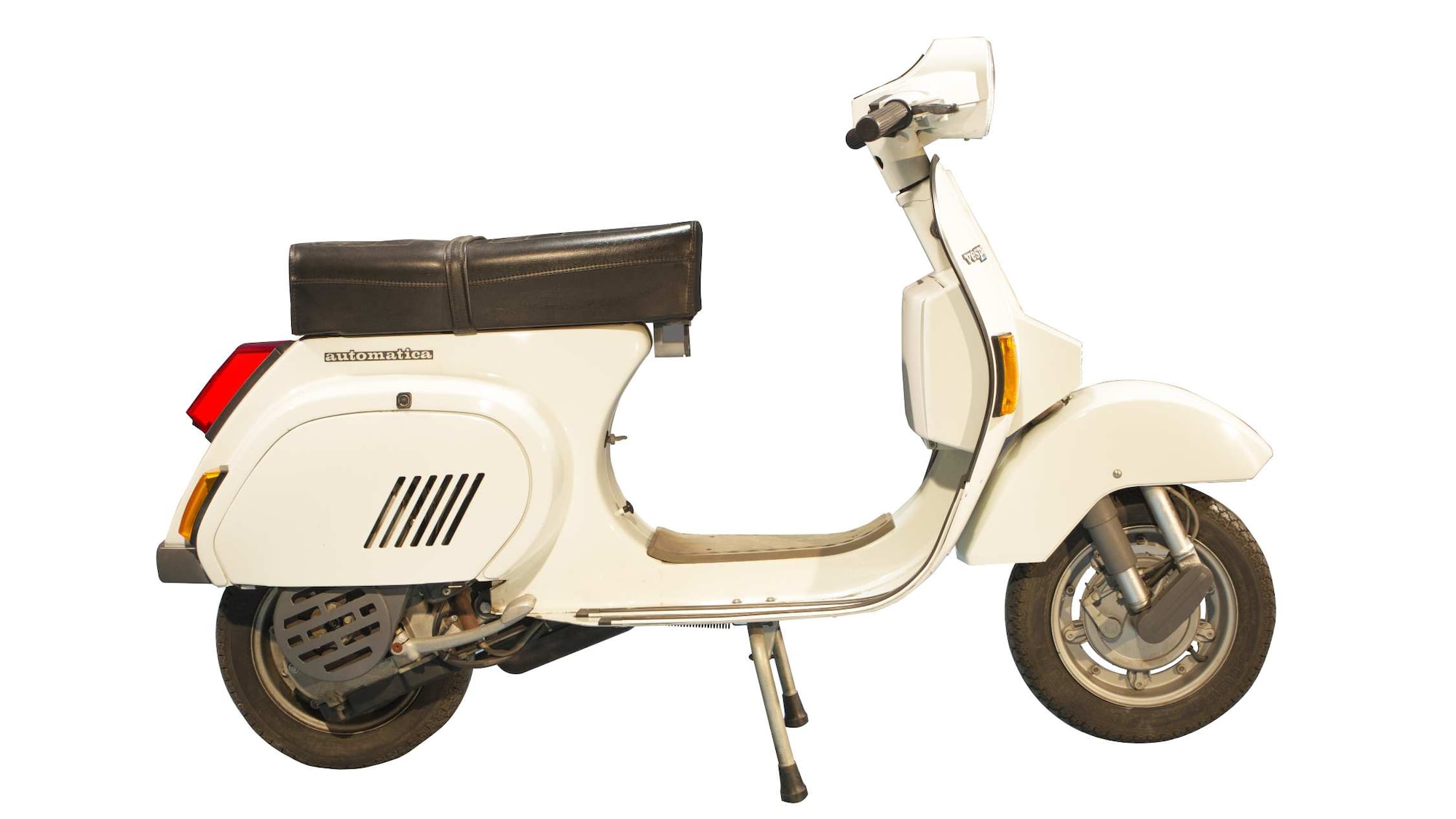 The Vespa 125 PK was the first Vespa with an automatic transmission and electric start. Image: Piaggio

Over time, Vespa rolled out newer models with larger engines – rising to as high as 200 cc – and modern-day amenities. In 1984, Vespa introduced the PK 125 Automatica, which, as the name suggests, brought an automatic transmission to the iconic scooter for the first time, eliminating the clutch lever and foot-operated brake. By the end of the 1980s, over 10 million Vespas had been sold. However, things went bad for the storied Italian manufacturer in the 1990s, as ownership of Piaggio changed hands – from the Agnelli family (which owned car manufacturer Fiat) to Morgan Grenfell Private Equity. By 2003, Piaggio was on the verge of bankruptcy and being resigned to the pages of history. It was then rescued by Italian businessman Roberto Colannino, who made an investment of 100 million euros and set about giving Vespa a new lease of life. 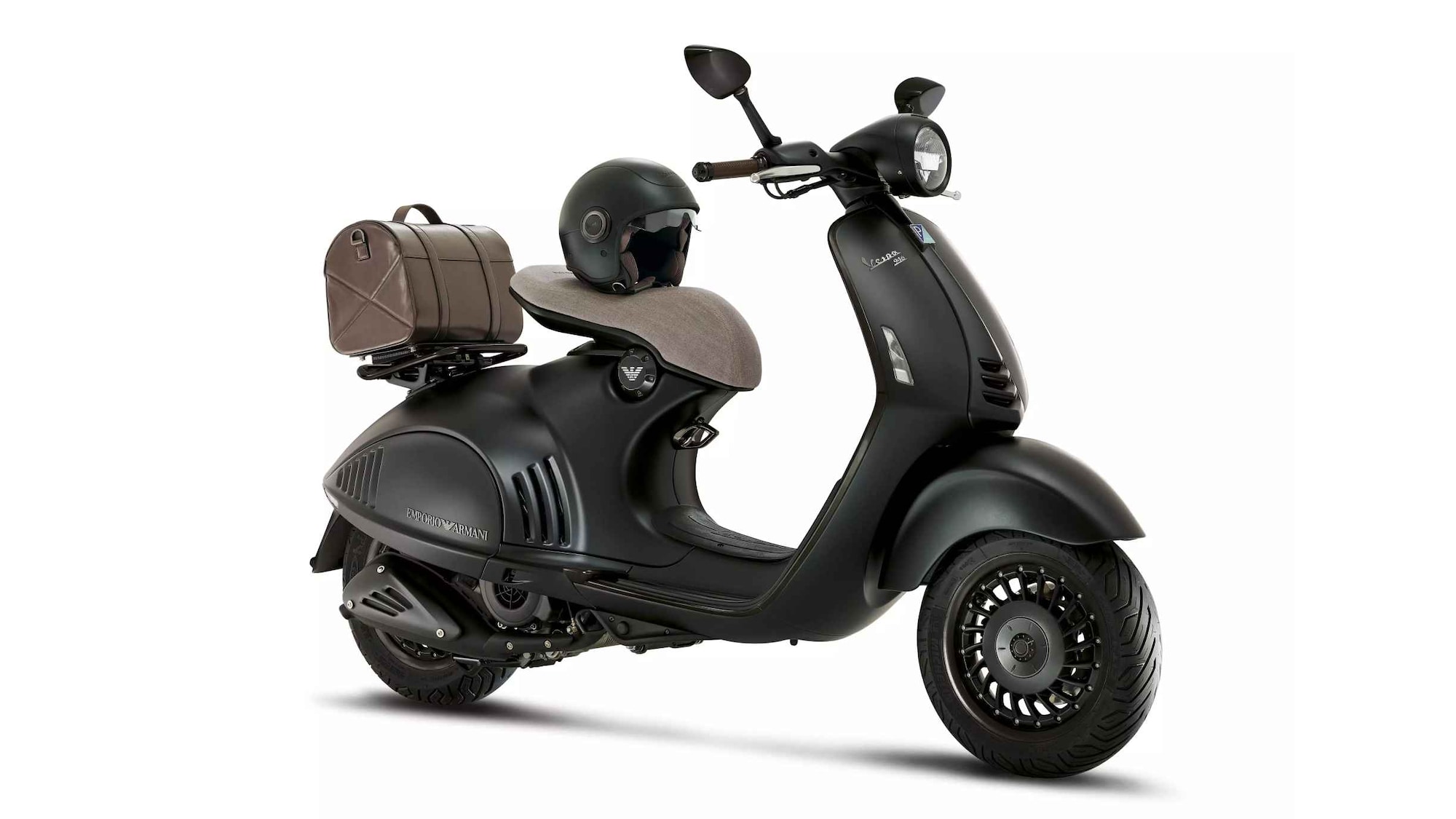 Even at its astonishing price of Rs 12 lakh, the Vespa 946 Emporio Armani found some buyers in India. Image: Piaggio

Focusing on retaining the Vespa’s signature shape and silhouette, Piaggio rolled out new versions starting 2005 – including a 250 cc GTS model – as well as the LX, which continues to be sold even today albeit with a few tweaks. The Vespa went from strength to strength in the years that followed, attracting attention from even the fashion industry, with Emporio Armani collaborating with Piaggio to create a limited-edition version of the stunning Vespa 946 scooter in 2013. Interestingly, this special edition 946 did make its way to India, and was priced at a whopping Rs 12 lakh (ex-showroom) – a price at which it still found some takers. In 2018, Vespa introduced its first electric scooter, the Vespa Elettrica, for international markets. 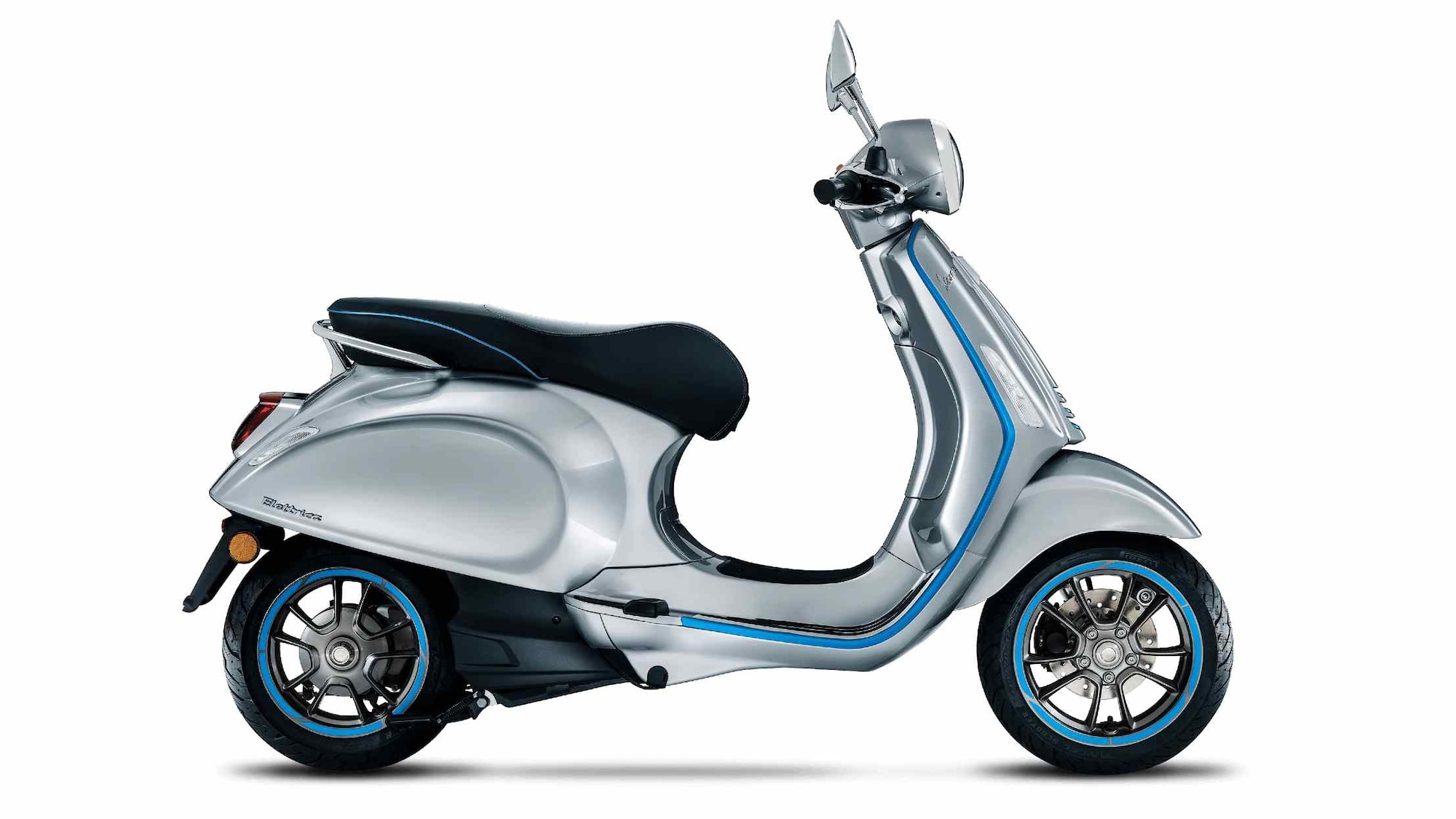 Vespa is currently developing an all-electric scooter for the Indian market. (Vespa Elettrica shown for representation only) Image: Piaggio

Vespa returned to the Indian market in 2012 as an independent entity, manufacturing scooters from Piaggio’s Baramati plant, which is only the third plant in the world to produce Vespas – the other two being Vinh Phuc in Vietnam, and Pontedera in its home country. As of today, Vespa has sold over 19 million scooters, but the company remains a fringe player in India’s enormous scooter market thanks to the Vespa’s positioning as an aspirational lifestyle product, and all Vespa models costing upwards of Rs 1 lakh. As India begins the transition to electric two-wheelers, Piaggio is understood to be readying an all-electric version of the Vespa for the Indian market, which is expected to arrive sometime next year.