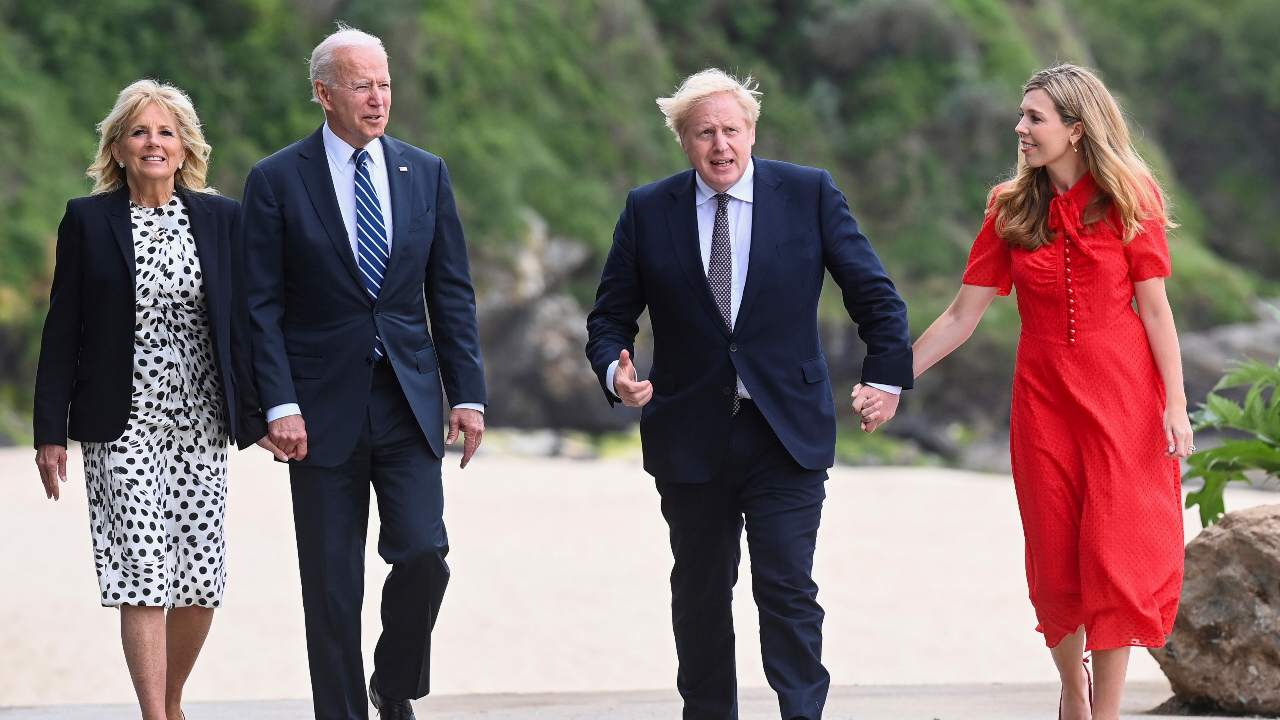 The UNICEF letter reminded the G7 nations the virus sees no borders and with the mutating strains, people will be safe only when everyone has access to vaccines.

Today is the start of the 47th G7 Summit. Being held after a gap of one year due to the COVID-19

pandemic, the three-day annual summit will go on till Sunday, 13 June. It is being held at Cornwall, United Kingdom. The members of the Group of 7 include the US, UK, Canada, France, Germany, Italy and Japan. The guests for this year are the leaders from Australia, India, South Korea and South Africa, along with the European Union.

At the start of the G7 Summit, the UK announced that they will be donating 100 million surplus COVID-19

vaccines to the world. Eighty percent of the doses will go to the COVAX initiative and will be distributed as they see fit. The remaining 20 percent will be distributed bilaterally to countries in need. The upcoming weeks will see the UK give out five million doses till the end of September. The UK Prime Minister Boris Johnson also pledged to provide an additional 95 million doses in the coming year, with another 25 million by the end of 2021.

This comes a day after US President Joe Biden announced that the US will donate 500 million vaccine doses.

“We’re going to help lead the world out of this pandemic working alongside our global partners,” Biden said.

Today, I’m announcing that the United States will donate half a billion new Pfizer vaccines to 92 low- and lower middle-income countries.

These Pfizer vaccines will save millions of lives around the world, and be produced through the power of American manufacturing.

Commenting on Biden’s vaccine donation announcement, French President Emmanuel Macron said that Europe should do the same. He also stated that France would share at least 30 million doses globally by year’s end.

Making vaccines a global public good. Vaccinate the world. Now. That is the responsibility of the G7. That is the ambition that France is carrying.

“I think the European Union needs to have at least the same level of ambition as the United States,” he said at a news conference, reported The Associated Press. “It’s almost more important to say how many (doses) we deliver the next month than making promises to be fulfilled in 18 months from now.”

The G7 leaders are also expected to donate at least one billion vaccines doses to the world via dose sharing and financing. During the summit, they will discuss a plan to “expand vaccine manufacturing in order to achieve that goal.”

G7 leaders are expected to agree to commit 1 billion coronavirus

vaccine doses to end the pandemic in 2022.

The UK will donate at least 100 million surplus doses within the next year, including 5 million in the coming weeks.

While news of vaccine sharing initiatives is all well and good, they came after multiple prominent world leaders, ministers, celebrities and health agencies pleaded with the developed nations to do so.

The UNICEF has penned a letter to the Group of 7 leaders titled “An open letter on vaccine dose donations“. Around 30 celebrities, including singers, footballers and actors have also signed the letter to show their support.

The letter asks the G7 to pledge at least 20 percent of their supply between June and August, amounting to 150 million doses.

The pandemic won’t be over anywhere until it’s over everywhere, and that means getting vaccines to every country – fast.

Join our Goodwill Ambassadors and supporters in calling on wealthy G7 countries to #DonateDosesNow.

It started with, “The world has spent a year and a half battling the COVID-19

pandemic, but the virus is still spreading in many countries and producing new variants with the potential to put us all back where we started. This means more school closures, more healthcare disruptions and greater economic fallout – threatening the futures of families and children everywhere.”

They also reminded them that the virus sees no borders and with the mutating strains, people will be safe only when everyone has access to vaccines.

“The pandemic will not be over anywhere until it is over everywhere, and that means getting vaccines to every country, as quickly and equitably as possible.”

We need the world to come together.
We need to fight as one.

Like 15-year-old Maahir in India, we’re calling on governments to help those around them. Our message to the G7 is clear: Donate COVID-19

Chopra, UNICEF Goodwill Ambassador said, “The crisis at home in India and across the region of South Asia is devastating. This deadly surge of COVID-19

is placing an enormous strain on health facilities across India, with hospital beds, essential medical supplies and oxygen running out.”

“…we must act now to avoid further deadly mutations ravaging low- and middle-income nations around the world. UNICEF and its COVAX partners are ensuring vaccines and treatments reaches the world’s most vulnerable populations, but cannot do it alone. A clear solution to this is G7 countries committing to sharing their surplus COVID-19

vaccine doses immediately with the countries whose health workers and vulnerable populations need them the most.”

The letter also states that COVAX is 190 million doses short of vaccines doses which means that people are at risk of contracting the virus and even dying. While countries have said they will donate vaccines later in the year, it might be too later.

According to UNICEF analysis, the letter states that the G7 countries have the surplus doses to donate 20 percent of their vaccines between June and August which is over 150 million doses. This will not affect their own inoculation drives back home.

According to a UN blog, UNICEF also warned that millions of doses might be wasted if rich countries send their donations at one go instead of dispersing it over the entire year. A roadmap needs to be created in order to ensure a “steady supply (of vaccine doses) throughout the year as poor countries lack the resources” to store the doses and also innoculate their citizens.

Unicef’s vaccine lead Lily Caprani told BBC that countries needed to vaccinate their own populations at the same time as the rest of the world.

“At some point, no doubt, we will need to vaccinate under-18s,” she said. “But the priority at this moment has to be making sure that all of the vulnerable and priority groups around the world get vaccines.

“So we’re saying countries like the UK and the G7 need to donate their doses to those low-income countries now, while still vaccinating their populations at home.”

Letter by former heads of states and ministers

The letter states, “The year 2020 witnessed a failure of global cooperation, but 2021 can usher in a new era. No one anywhere is safe from COVID-19

until everyone is safe everywhere.”

“Support from the G7 and G20 that makes vaccines readily accessible to low- and middle-income countries is not an act of charity, but rather is in every country’s strategic interest,” the letter states.

“For the G7 to pay is not charity, it is self-protection to stop the disease spreading, mutating and returning to threaten all of us.”

“Costing just 30 pence ($0.43) per person per week in the UK is a small price to pay for the best insurance policy in the world,” they said in the letter.

The letter also states that the G7 countries need to lead the way in dose sharing, licensing agreements and temporary patent waivers that will allow all countries to begin manufacturing of the vaccines, reported The Guardian.

“Global economic policy alignment is vital. We were fortunate that, over the last year, in the initial COVID-19

recovery phase, most countries followed similar policies, resulting in an acceptable level of policy alignment. What we need now, in this next phase, is an agreed global growth plan with coordinated monetary and fiscal interventions to prevent an uneven and unbalanced recovery – and ensure a more inclusive, equitable and greener future,” it adds.