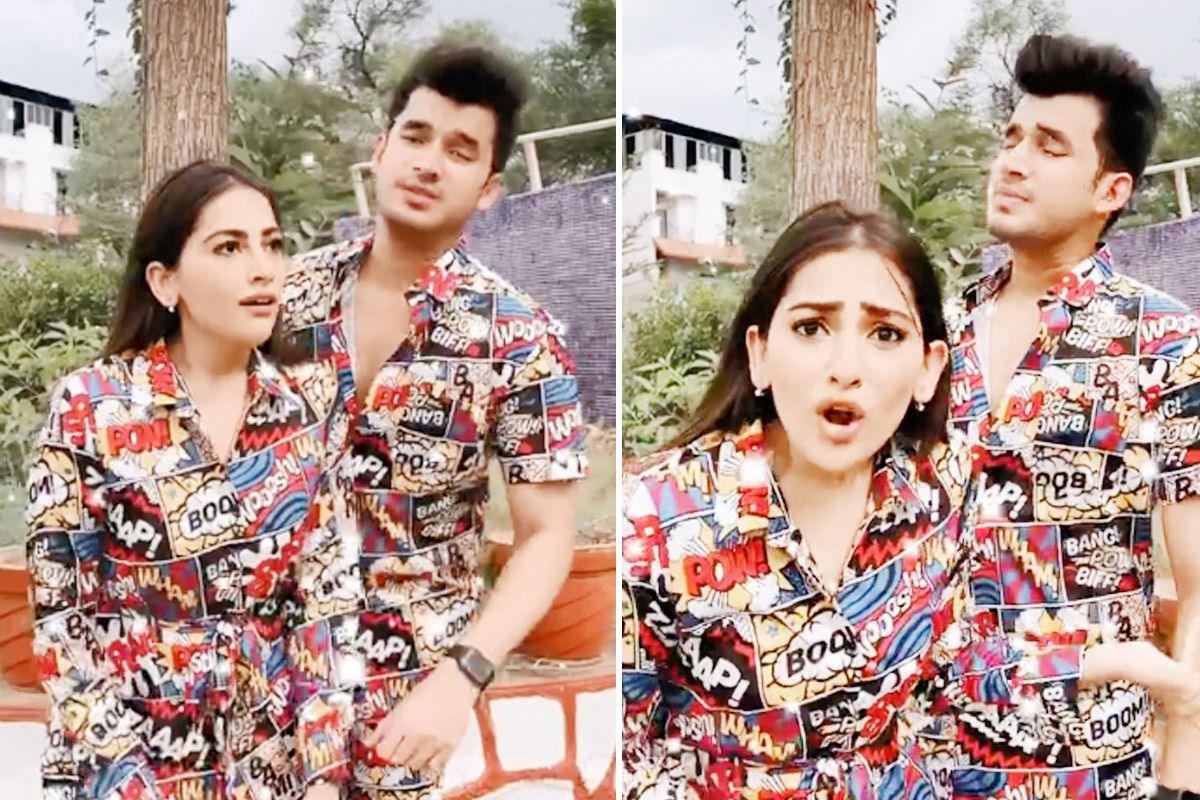 Twinning in the same printed fashionable nightwear, the duo shared a fun reel on Instagram in which they reveal that they are not each other’s boyfriend and girlfriend and further adds that ‘they (people) won’t get it’. However, there is a small funny twist at the end of the video. That’s when Anagha says, ‘let’s go baby’ followed by the laughter. Sharing the video, Paras wrote, ”I Am Not Her Boyfriend.” However, Anagha took to the comment section dropping a red heart emoji and wrote, ”But I am your fiancé ? #sanan.” Also Read – Anupama Fame Rupali Ganguly Heaps Praises For Yeh Rishta Kya Kehlata Hai: ‘Not The Old Saas Bahu Dramas Anymore’

This has come amid Samar and Nandini’s sagai track in the show. While Anupama and Vanraj are now divorced and Anupama is now not living with her family as well, Samar and Nandini are set for the engagement.

The fun Instagram reel also comes amid the duo’s dating speculations. Earlier this month, Paras shared pictures with her on-screen fiance Anagha when fans asked, ‘Why is she looking at you in all these pictures?’

Everything apart, one thing is sure, just like their on-screen chemistry, the off-screen bond between Paras Kalnawat and Anagha Bhosale is also too adorable.