With Call of Duty Warzone’s Season 3 underway, Raven Software has been keeping a close eye on the gun meta of the game and has recently made extensive changes to the Time-To-Kill (TTK) values of five weapons in the game.

Guns and suppressors have both received reworks that Raven claims “raises the skill ceiling” of Warzone as a whole. Players can find all the changes listed below. 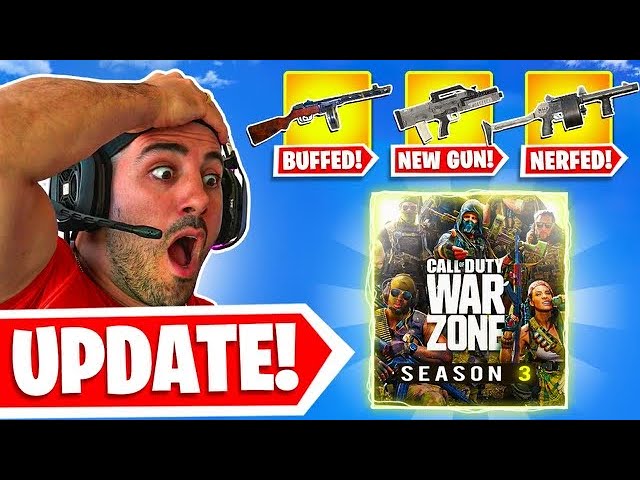 Raven has applied TTK changes to the following five guns in Warzone:

Here are the detailed changes for each weapon, along with the developer notes, which provide valuable insights into the changes:

“When combined with a mobility-based stock, the FARA 83 was capable of reaching exceedingly fast ADS firing speeds. We like how the FARA 83 plays, but it is a bit too versatile currently. As part of our efforts to increase the overall Time to Kill, we are reducing the FARA 83’s fastest TTK by 16.6% to compensate for its generous rate of fire and recoil control.”

“While shotguns tend to have limited viability outside of the early game in Warzone, we find the Streetsweeper is a tad too effective given its rate of fire and ammo capacity when compared to other weapons of its class. This change will decrease its lethal range slightly, punish inaccurate sustained fire, and give a little more time to react.”

“The Bullfrog’s exceptional headshot multiplier has allowed it to reach one of the fastest TTKs in Warzone. While this change does not directly affect that multiplier, it does diminish its output. This change reduces the Bullfrog’s ability to consistently achieve extreme TTKs, while not removing it entirely.”

“We would like to push SMGs in different and interesting directions to distinguish them from one another. Ideally, we are providing a myriad of options within each weapon category that are supplementary to a multitude of diverse playstyles. In that vein, we are going to push the PPSh-41’s identity in a way that continues to diversify it from its competition in meaningful ways. To us, the PPSh-41 is the quick to fire, high-capacity, short-to-mid range SMG.”