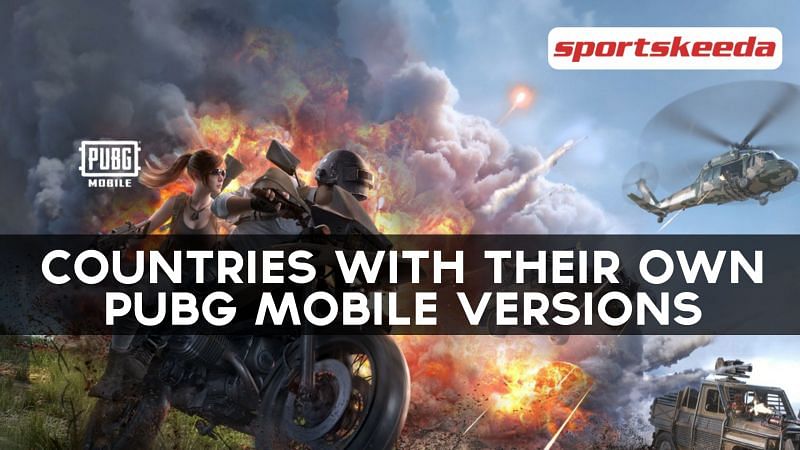 Countries that have exclusive versions of PUBG Mobile in 2021

PUBG Mobile is one of the most successful battle royale games on the mobile platform and has a loyal fanbase across the world.

There are a number of localized versions of PUBG Mobile. These versions are specific to a particular country or region and were created to cater to the needs of local players.

This article provides a list of countries that have their own versions of PUBG Mobile.

Countries that have exclusive versions of PUBG Mobile in 2021

PUBG Mobile KRJP is a localized version of PUBG Mobile for the Korea and Japan regions. It is published by Krafton Inc.

This version is quite popular for its large variety of cosmetic items. It also has a unique in-game currency called the Donkatsu Medal, which players can use to open crates in the battle royale.

PUBG Mobile KRJP will be made inaccessible to players outside the specified region starting this month.

Tencent re-released the game under the title of Game for Peace. This version met the parameters set by the Chinese authorities, including the removal of blood and gore.

Players need a QQ or WeChat account to access Game for Peace. In addition, there is no option to change the language of the UI.

Vietnam also has its own version of PUBG Mobile. It is published by VNG Game Publishing, one of the most prominent gaming publishers in the country. It features a different UI and payment options.

This version of PUBG Mobile has more than 10 million downloads on the Google Play Store, with a rating of 4.2 on the same.

The PUBG Mobile Taiwan or TW version has been optimized and altered for players in the country.

It is published by HotCool Game and has over 1 million downloads. It is also rated 3.9 on the Google Play Store.

India (Yet to be released)

Battlegrounds Mobile India was announced by Krafton a few days ago. The game will feature exclusive in-game content for players across the country.

Battlegrounds Mobile India will have many limitations, including restrictions on playing time and in-game spending for players below 18 years of age.