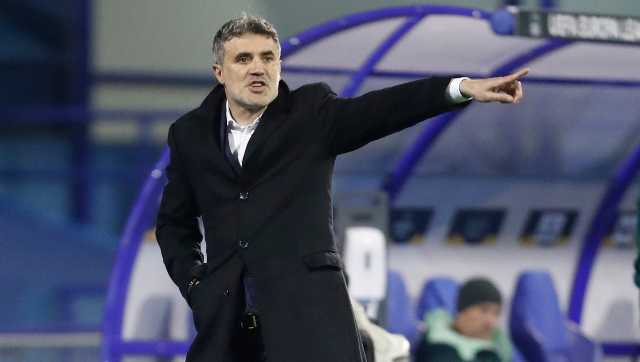 Mamic was supposed to report to a prison by midnight on Monday but failed to do so, a court spokesman in the capital Zagreb told AFP, adding that the tribunal asked police to issue the warrant. Zoran Mamic was sentenced to four years and eight months in prison. AP

Zagreb: Croatia issued an international arrest warrant for former Dinamo Zagreb coach Zoran Mamic on Tuesday after he failed to report to serve his prison term for a multi-million-euro fraud.

Mamic quit as the coach of the reigning Croatia champions in March after being sentenced to four years and eight months in jail for fraud involving player transfers, including star Luka Modric’s move to Tottenham.

He was supposed to report to a prison by midnight on Monday but failed to do so, a court spokesman in the capital Zagreb told AFP, adding that the tribunal asked police to issue the warrant.

Mamic is believed to be in neighbouring Bosnia, where he also holds a passport.

The 49-year-old had earlier sought to serve his sentence in Bosnia, but the Zagreb tribunal rejected the demand.

Bosnia will have to act upon the warrant and “decide whether legal conditions for Mamic’s extradition exist,” spokesman Kresimir Devcic said.

If Bosnia refuses to extradite Mamic he will remain at large “until his possible arrest in another way”, he added.

In 2018, Mamic, his brother and former Dinamo Zagreb boss Zdravko Mamic, as well as a former club director and a tax inspector were all found guilty of graft which cost Dinamo more than €15 million ($18 million) and the state €1.5 million.

Both players appeared as witnesses during the trial, providing details of their transfers from Dinamo.

Modric testified over the details of his 2008 transfer from Dinamo to Tottenham Hotspur. From there he joined Real Madrid in 2012.

Both Lovren and Modric were initially charged with perjury after testifying at the trial, but the charges were later dropped.

Zdravko was sentenced to six years and six months in jail.

He fled to Bosnia just ahead of the verdict, which became final in March.

Another trial involving the Mamic brothers and four others for embezzling millions of euros from Dinamo Zagreb opened before a local tribunal in March.