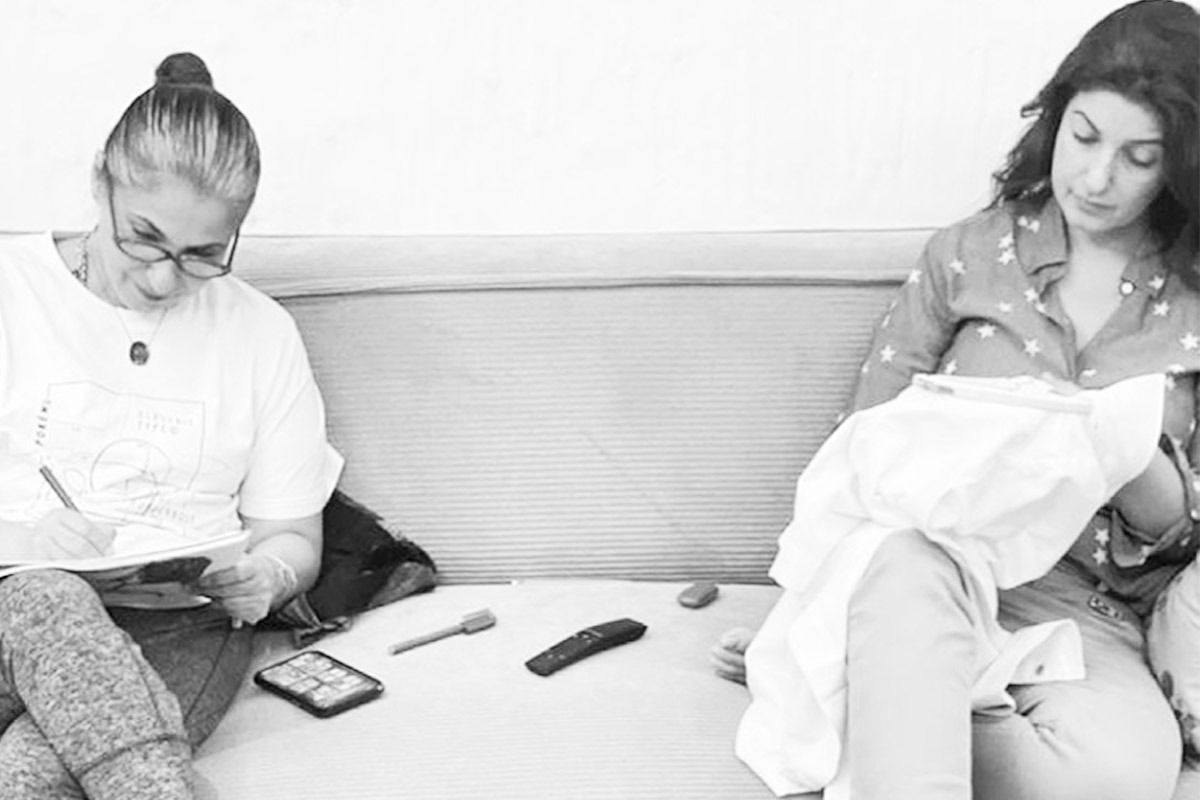 I Have a Husband! Twinkle Khanna Reacts To Troll Who Asks Her If She Has Particular Device To Click Such Photos

Mumbai: On Mother’s Day, Twinkle Khanna gave a sneak peek into her socially distanced Mother’s Day with mother Dimple Kapadia. Taking to Instagram, she shared a black-and-white photo of them sitting at the opposite ends of a couch, busy with different activities. Twinkle reveals in her post that while Dimple is sketching, she is doing her embroidery. She said that they can’t keep their hands still so they are doing different activities and continue chatting all through. Also Read – Kangana Ranaut Feels She Will Not Last More Than a Week After Instagram Deletes Her Post Threatening To Demolish Covid-19

She captioned it, “Mothers’s Day spent in the best way possible in these circumstances. We both can’t keep our hands still. She is sketching, I am doing my embroidery and we continue chatting all through. #HappyMothersday. (sic)” Also Read – Nikki Tamboli Gives Back To Haters Who Call Her Out For Posting ‘Happy Pictures’ After Brother’s Demise

However, an Instagram user trolled her saying, “How do you click such photos? Do you ask anyone to click it for you? Or you have a specific device for that?”

Giving it a sarcastic reply, she wrote, “haha! I have a husband who passes by taking random pictures so yes in other words I do have a specific device.”

Check Out The Comments Here:

Twinkle often jokes about her mother. Last year, she posted a picture of Dimple Kapadia as she cooked fried rice. She quipped that it only took her 46 years, a global pandemic and a lockdown for her mother to start cooking. In another post, Twinkle wrote, “I love all of Mom’s performances. Even when she acts like she can cook. #momfinallycooking.”

Akshay Kumar and Twinkle Khanna are married for over 20 years and the couple starred in films such as International Khiladi and Zulmi. They are blessed with 18-year-old son Aarav and 8-year-old daughter Nitara.

Twinkle Khanna is a celebrated columnist and author of bestselling books such as Pyjamas Are Forgiving, The Legend Of Lakshmi Prasad, and Mrs Funnybones. She is an interior decorator, the owner of The White Window, and a film producer. She also runs a digital content company named Tweak India.