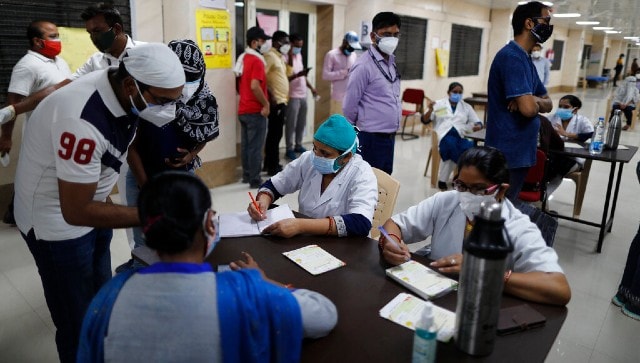 Coronavirus Latest News LIVE Updates: With the death of 4,529 more patients, the highest so far, the total number of fatalities in the country climbed to 2.83 lakh on Wednesday. This takes the national fatality rate to 1.11%

Latest News LIVE Updates: With the death of 4,529 more patients, the highest so far, the total number of fatalities in the country climbed to 2,83,248 on Wednesday, said the Union health ministry. This takes the national fatality rate to 1.11 percent.

infections in the past 24 hours, taking the overall count over 2.54 crore on Wednesday, said the Union health ministry.

Of the 679 new fatalities, 422 occurred over the past 48 hours, while 257 deaths had taken place last week, but they were added to the overall toll data on Tuesday, the
department said.

Some of the earlier deaths, which had taken place before the last week, were also added to the cumulative report.

The figure for the cumulative deaths due to COVID-19

deaths that had occurred over a week ago also used to be included in the daily reporting. However, the state stopped reporting the deaths in this manner from Monday.

A total of 52,898 patients were discharged from hospitals on Tuesday, taking the number of recoveries in Maharashtra so far to 49,27,480. The state is now left with 4,19,727 active cases.

The case recovery rate in Maharashtra now stands at 90.69 percent, while the mortality rate is 1.54 percent, the statement said, adding the case positivity rate continues to
be at 17.2 percent, as per the department.

The Mumbai division, which includes the MMR region and satellite towns, reported 2,559 fresh cases and 129 fatalities, including 58 from municipal areas in Vasai and Virar, during the day.

A total of 1,284 cases were reported from rural parts of the Nashik district. The Nashik division also reported 85 casualties – 22 in rural areas, 15 in Nashik city and Nandurbar district, 12 in Jalgaon and 11 in Ahmednagar district, the department said.

Satara added 1,270 new infections. Of the 84 deaths, 34 occurred in Satara alone followed by 26 in Solapur, 13 in Pune city and 11 in its rural parts, the department said.

At 194, the Kolhapur division reported one of its worst numbers of COVID-19

Similarly, out of 63 deaths, 27 were reported from Beed, while 12 deaths occurred in Latur and 10 in Osmanabad district, the department said.

The Akola division reported 3,294 cases and 53 deaths, of which Amaravati district added 13 fatalities, Yavatmal 12 and Akola 10, it said.

The Nagpur division’s caseload went up by 2,605 while the fatality count rose by 64, including 20 in Nagpur city and 16 in Chandrapur, the department said.

A total of 30,97,161 people are in home quarantine and 25,004 are in institutional quarantine, the department said.