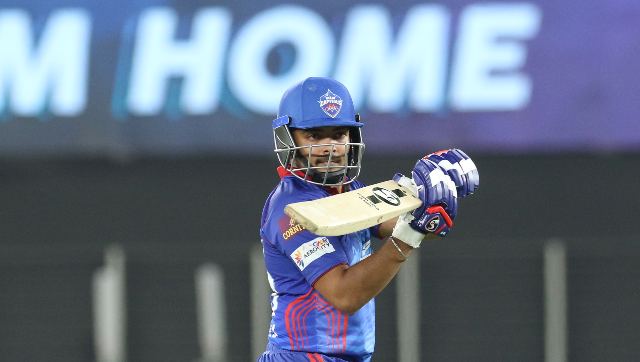 IPL 2021: Knew where Shivam would bowl, says DC’s Prithvi Shaw on hitting Mavi for six fours in first over

Ahmedabad: His six fours in the very first over set up Delhi Capitals’ easy win over Kolkata Knight Riders in an IPL match in Ahmedabad on Thursday and Prithvi Shaw said he knew where pacer Shivam Mavi would bowl and was prepared for it. He scored most of the runs on the off-side and asked about it, Shaw said, “On this wicket especially when the spinner is bowling it wasn’t coming very nicely onto the bat. It was stopping a little.” Sportzpics

Shaw sent all the six legal deliveries from opening bowler Mavi to the boundary and went on to score 82 off just 41 deliveries to help DC beat KKR by seven wickets.

“I wasn’t thinking anything to be honest. I was just waiting for the loose balls. I knew where Shivam will bowl, we’ve played (in age-group)  together for four-five years,” Shaw said at the post-match presentation.

“The first four-five balls he bowled were half-volleys, so I was prepared for the short ball but he didn’t bowl.”

He scored most of the runs on the off-side and asked about it, Shaw said, “On this wicket especially when the spinner is bowling it wasn’t coming very nicely onto the bat. It was stopping a little.

“So, I was waiting for them to bowl at me on off stump or outside so I can free my hands.

“When I’m in there, I keep playing and don’t think about the score. Don’t think about myself, just want the team to win,” said the 21-year-old who was named Man of the Match.

See also  North Korea America news | Situation like North Korea in America too! After all, why did the student of Columbia University speak like this? United States's future is as bleak as North Korea claims North Korean

Asked about the ups and downs he has faced recently. Shaw said, “My dad has supported very well. After getting back from Australia, I wasn’t happy with myself. My dad just asked me to play my natural game.

“All these words set a target on me and I worked hard. In cricket the graphs are going to go up and down, a lot of failures are going to come my way.”

Asked if he has ever spoken to former India opener Virender Sehwag, with whom he has similarities in batting approach, Shaw said, “No, I haven’t spoken yet but if I get a chance I’d like to because he’s the one who likes to score off the first ball.”

Delhi Capitals captain Rishabh Pant said Shaw is a talented player and he can do wonders if he is confident about himself.

“I was only telling him to play the normal game. In this kind of match we can afford to think of run rate. Only thing we talk with youngsters is to just enjoy cricket, do your best,” Pant said.

Asked how he is managing the ups and downs as a captain, Pant said, “Last match we only lost by one run, so as a team we talk about we don’t have to change anything. Definitely enjoying captaincy.”

A disappointed KKR captain Eoin Morgan said his side were slow off the blocks with the bat and then lost wickets in the middle period before Andre Russell took them past 150.

“Shaw played brilliantly, nothing much we could do. Also shows how good the surface was. We weren’t good enough with all departments,” Morgan said.

“Hopefully we can turn things around. There is a huge amount of talent in our squad but talent alone doesn’t get you far. It’s about execution.”