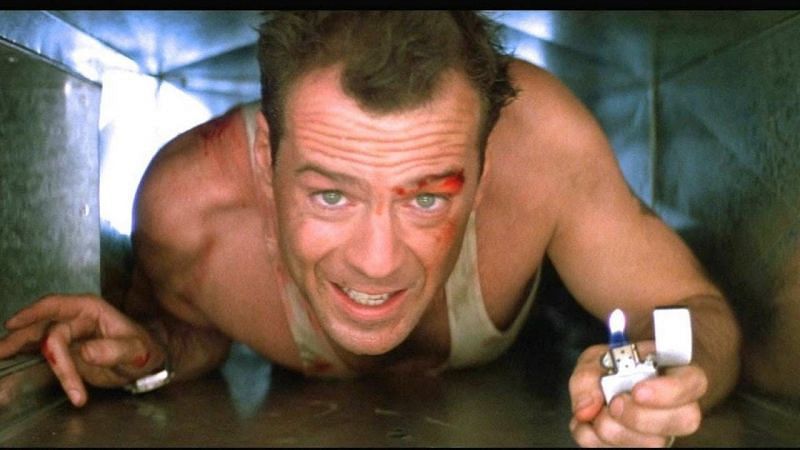 Is a John McClane skin coming to Call of Duty: Warzone and Cold War?

Call of Duty has teased the release of John McClane and John Rambo as operators in Warzone and Black Ops Cold War. Rambo has already received plenty of confirmation within a new bundle, but John McClane has flown more under the radar.

Even though there isn’t an official image just yet, the teases from Activision and further leaks confirm a McClane operator or skin release in Warzone and Black Ops Cold War.

Players can be confident that when the new bundle is in the store, John McClane will be included.

One major teaser that seems to confirm the McClane skin is a recent tweet from the Call of Duty Twitter account. The post featured an image of the brand new action hero bundle and a teaser line to excite fans.

Images of what both action heroes look like in the game have also seemingly been leaked. Though the images look odd, they give more credence to both characters showing up in the game.

Players in Warzone and Black Ops Cold War eagerly awaiting new operators or skins won’t have to wait too long.

Activision confirmed on the Call of Duty Twitter account that the official release date will be Thursday, May 20. That date is also rumored to contain a substantial content update for Black Ops Cold War.

A tweet from Call of Duty also revealed the new bundle art for Rambo; the name of the bundle is 80s Action Heroes. Rambo is featured prominently in the art, while John McClane is nowhere to be found, but he should appear regardless.

The Warzone and Black Ops Cold War bundle price and everything in it still seems hidden from the general player base.

Of course, Rambo and John McClane are planned, but anything else is a mystery. There could be emblems, finishing moves, weapon blueprints, or anything else in between.

Every additional item will raise the price, and it’s estimated to be anywhere from $15 to $25 on release, but that’s only an estimate. Players on Warzone, Black Ops Cold War, and COD Mobile will be able to purchase the bundle on Thursday, May 20.