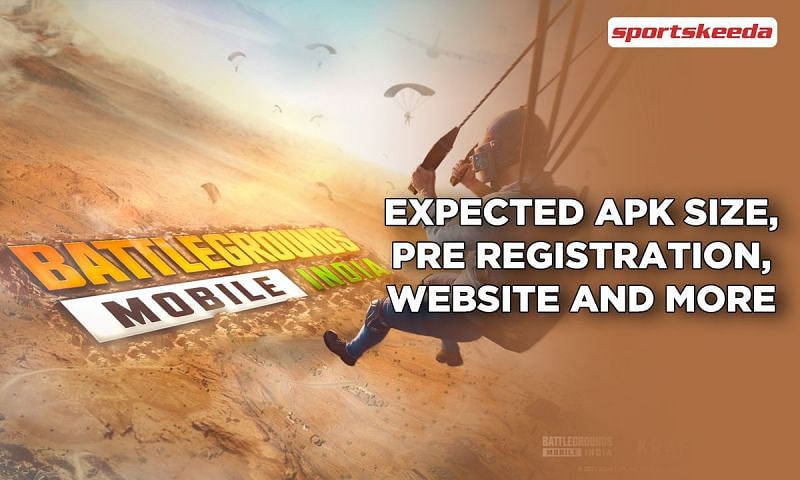 This came more than eight months after PUBG Mobile was banned by the Ministry of Electronics and Information Technology due to security reasons. Ever since then, the South Korean company has tried to bring it back to the country.

Initially, they cut ties with Tencent in India and then announced a localized version in November. It has been a while, but Krafton has finally confirmed the game’s return.

The teaser was uploaded to the official YouTube channel on the date of the announcement. Meanwhile, the logo was revealed on the same platform yesterday, i.e., May 7th, 2021.

When writing this article, the former has 9.8 million views, while the video released yesterday has 4.4 million.

The size of the Vietnam and Korean version’s APKs are around 652 and 666 MB, respectively. Meanwhile, the global version’s APK size is 943 MB.

Therefore, the APK size of Battlegrounds Mobile India is expected to be between 650 MB and 1 GB.

The Battlegrounds Mobile India pre-registration will release on May 18th, 2021, on the Google Play Store. Pre-registered users will be able to claim a set of specific rewards when the game is released.

Players under the age of 18 will only be able to play the game for a maximum duration of 3 hours a day.

Also, the limit for daily spending on paid services is set at 7000 INR for these users. Additionally, they would require the consent of their parents/guardians to play the title.

Data security and privacy are Krafton’s main objectives, and Microsoft Azure has been brought in for the same reason. Moreover, the personal information will be stored and processed on servers located in India and Singapore.