Former Italy forward Mancini took over in May 2018 and was charged with helping his country forget the humiliation of failing to qualify for that year’s World Cup. 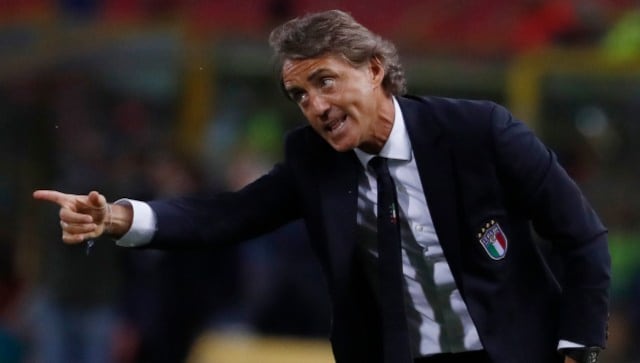 Former Italy forward Mancini took over in May 2018 and was charged with helping his country forget the humilation of failing to qualify for that year’s World Cup.

“We wanted to carry on with our work. Beyond winning a trophy, we have a project to work on,” FIGC president Gabriele Gravina said.

Mancini, 56, has led Italy to qualification for Euro 2020, which the Azzurri will kick off in Rome on 11 June, and the Nations League semi-finals and also has three wins from as many 2022 World Cup qualifiers.

He also coached Italy to 11 straight wins in 2019, breaking a record that had stood since the 1930s.

“I’m very happy… we want to continue a job that has started to bear fruit. In the next year we will have the Euro, the Nations League finals and the World Cup,” said Mancini.

“The goal is to win knowing that it won’t be easy and that we will need a bit of luck.”

Italy’s next matches are friendlies against San Marino and the Czech Republic, on 28 May and 4 June, in the build-up to the European Championship.