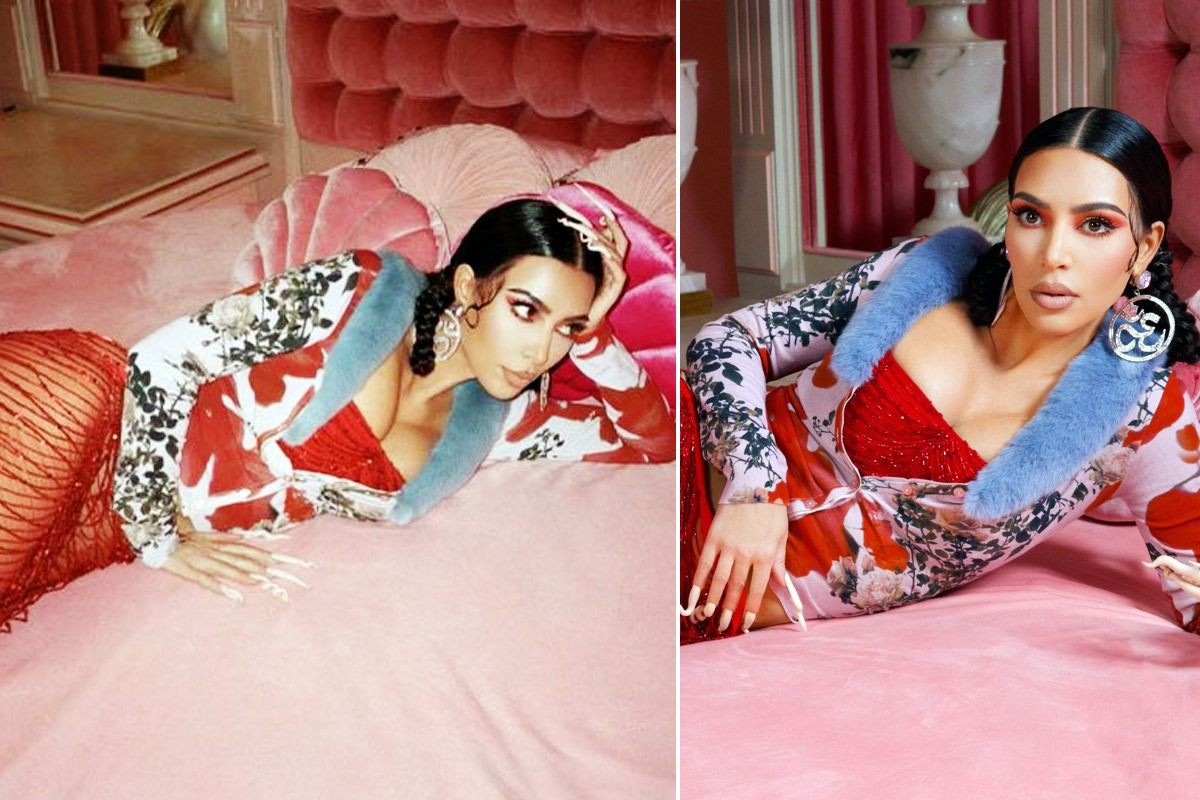 Los Angeles: American reality TV star Kim Kardashian recently upset several people for wearing earrings carrying sacred “Om” in a photoshoot. On Sunday, she took to Twitter to share her photos from the latest photoshoot. In the photos, she can be seen a body-hugging shimmery red gown teamed up with a floral jacket. She can also be seen sorting ‘Om’ earrings. The president of the Universal Society of Hinduism, Rajan Zed said in a statement that hugely venerated “Om” was the mystical syllable containing the universe, which in Hinduism was used to introduce and conclude religious work and was not meant to be used as a fashion statement or become a tool for sexy fashion. Inappropriate usage of sacred Hindu icons or deities or concepts or symbols for commercial or other agenda was not okay as it hurt the devotees. Also Read – Centre Asks Social Media Platforms to Share Report of Compliance With New Digital Rules, Preferably Today

Check Out The Pictures Here:

pic.twitter.com/VMKRVNGVWE Also Read – No! Facebook, WhatsApp And Twitter Will Not Be Banned in India Anytime Soon: Check What New IT Rules Say

He further emphasized that celebrities should not be in the business of religious appropriation, sacrilege, and ridiculing entire communities. It was deeply trivializing of immensely revered “Om” to be displayed in such a manner. Calling her pictures ‘objectionable’, he further urged Kim Kardashian to immediately remove the three such objectionable pictures from her Twitter account.

He also noted that Hinduism was the oldest and third largest religion of the world with about 1.2 billion adherents and a rich philosophical thought and it should not be taken frivolously. Symbols of any faith, larger or smaller, should not be mishandled. He added saying that many devotees did wear an “Om” pendant, etc., on a regular basis to express their reverence/devotion but wearing it as a fashion accessory in a one-time photo shoot for commercial or other agenda was disrespectful.

Is now a good time to mention that the Om is a sacred symbol to Hindus and not just an accessory?

STOP CULTURAL APPROPRIATION OF INDIAN CULTURE!!! WHAT’S UP WITH THOSE EARINGS GIRLLLL???

MY RELIGION IS NOT YOUR AESTHETIC WTF

Leave our culture and religion alone.

Sike-
TAKE THOSE EARRINGS OFF THEY’RE NOT AESTHETIC pic.twitter.com/lfkxxf0UV9

She really out here appropriating culture and religion like it’s a hobby. do some basic research the Om symbol is scared and it’s not anaesthetic.

not a other Hinduism as aesthetic momemt

Zed suggested Kim Kardashian to undergo training in religious and cultural sensitivity so that she had a better understanding of the feelings of communities. He further said that such trivialization of Hindu symbols was disturbing to the Hindus world over. “Hindus were for free artistic expression and speech as much as anybody else if not more. But faith was something sacred and attempts at trivializing it hurt the followers. isvara, atman”, Zed added.