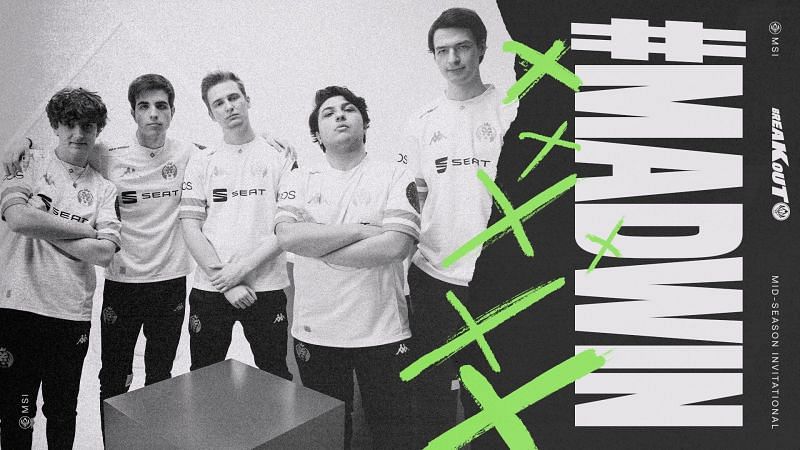 Day five of the League of Legends Mid-Season Invitational has concluded and it saw a few dramatic Group B encounters between the four regional spring champions.

After six rounds of intense clashes, it was the LEC representative, MAD Lions, and PCS representative, PSG Talon, who came out on top of Group B. The two MSI 2021 contenders thrashed PaiN Gaming and Istanbul Wildcats respectively in terms of overall points, setting up their rumble stage matchups with the already-qualified PentanetGG and Royal Never Give Up.

Though the clashes from day 5 weren’t as exciting as those of day 2, there was an upset right at the start of the series. To everyone’s surprise, TCL champions Istanbul Wildcats defeated the group toppers MAD Lions, breaking their winning streak of three games.

The results, however, did not bring any change to the fate of the Group B rankings, as MAD won the remaining two day 5 matches comfortably. PSG’s Talon defeated PaiN Gaming and Istanbul Wildcats to advance into the rumble stage, finishing as the group runner-up.

Here’s how Group B stands at the end of the fifth day of League of Legends MSI 2021.

Results and highlights of League of Legends MSI Group day 5 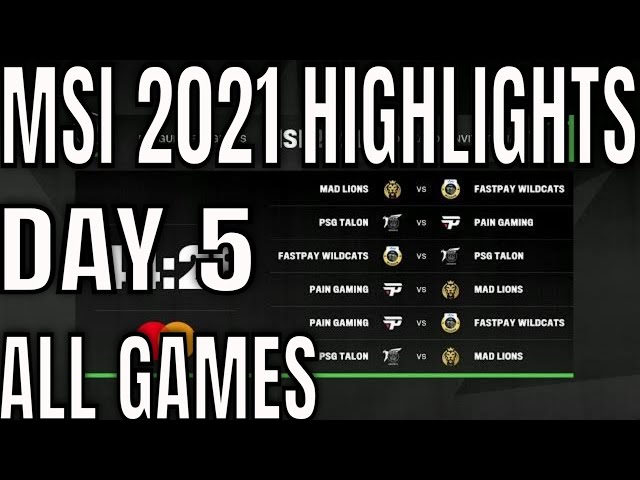 Group A standings after GD 5:

PSG Talon had to leave for the Mid-Season Invitational arena without their star bot laner Jun-ji “Unified” Huang due to severe health concerns. The Hong Konger had been suffering from pneumothorax, and due to the severity of his condition, Unified couldn’t fly to Iceland with his team.

As a result, PSG had to manage with Beyond Gaming’s 18-year-old ADC Chiu “Doggo” Tzu-Chuan, who was loaned in as an interim for Unified.

Even after a bad start to the tourney, Doggo eventually proved his worth and put up impressive performances throughout the group stage. His KDA figure hit 11.2, ranking 4th among all players in MSI 2021. Day 5 saw Doggo achieve a monstrous scoreline of 16/2/16 across three games.

Pacific fans have high hopes about PSG Talon for the Rumble Stage. If Doggo and co. succeed in maintaining their group stage performance, League of Legends MSI 2021 might see wonders from the PCS giants.