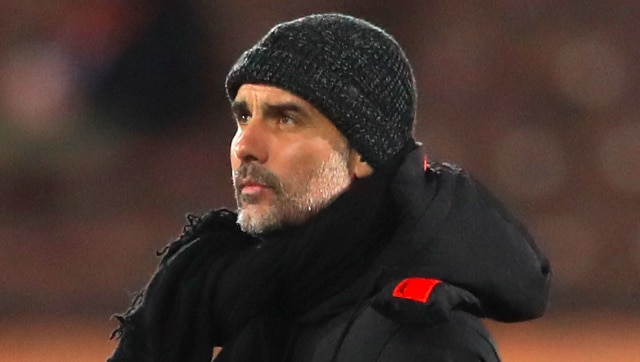 Portugal playmaker Silva believes the manager’s vast knowledge of the competition meant City were destined to succeed in the end. City boss Guardiola won the Champions League as a player with Barcelona and guided the Spanish club to a pair of triumphs as their manager in 2009 and 2011.

It wasn’t easy for Guardiola to replicate that success and he failed to win the Champions League during his three-year spell at Bayern Munich before a run of painful defeats in the knockout stages with City since arriving in 2016.

Guardiola and his team finally got over the hump this year.

Portugal playmaker Silva believes the manager’s vast knowledge of the competition meant City were destined to succeed in the end.

“Pep is our map. He has won the competition several times, both as a player and as a manager. He knows the way to win,” Silva said.

“We just need to listen to him and try to do what he thinks is the best for the team to win the trophy.

“He has helped me to understand the game better and what the game needs in every moment. He’s an amazing manager.”

City showed a maturity unseen in previous seasons as they disposed of Borussia Dortmund in the quarter-finals and last year’s finalists Paris Saint Germain in the semi-finals.

If they beat Chelsea, City will have completed a memorable treble after clinching the Premier League title and lifting the League Cup earlier this season.

But it is success in Europe which has been the holy grail of Guardiola and City’s Abu Dhabi-based owners.

“The Champions League is a very special competition, it’s a different competition from any other,” Silva said.

“When you play in the Premier League, at 38 games, the best team wins, the most consistent team wins.

“In the Champions League, you need other things as well. The experience is a key factor.

“That’s why clubs like Real Madrid, Barcelona, Liverpool, Bayern Munich, when they reached the final stages, they knew how to play these games.

“It takes time to gain that experience, you learn from the mistakes, you learn how to play these games.”

“A Champions League final is a special game for me because I have never played one before,” Silva said.

“On top of that, being played in Portugal is even more special for me. It would be a great honour to lift the trophy in my country.”