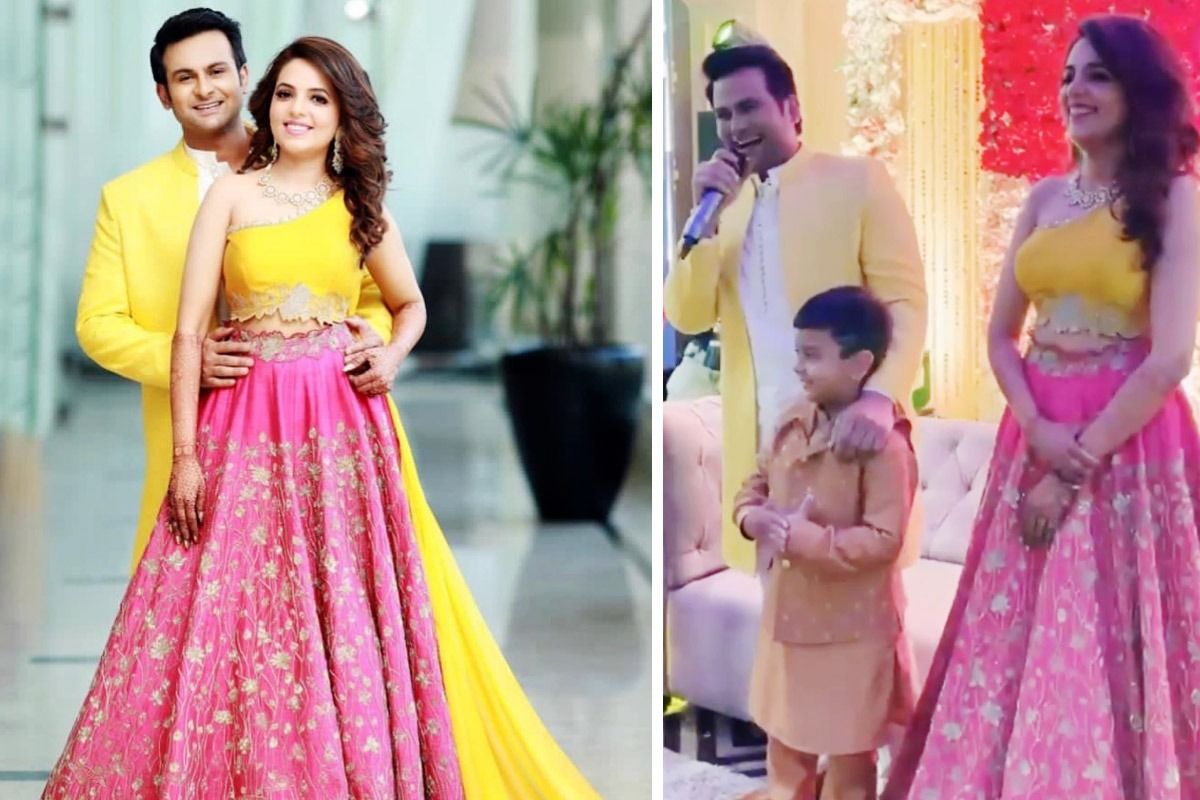 Ludhiana: The Kapil Sharma Show fame Sugandha Mishra and Sanket Bhosle, who recently tied the knot in an intimate wedding ceremony in Ludhiana, have been sharing adorable videos on social media. Sugandha has now shared a video on her Instagram account which is all things love. In the video, Sanket can be seen getting emotional and teary-eyed as he gives an emotional speech for his ladylove Sugandha. Also Read – Sugandha Mishra-Sanket Bhosle Look Dreamy in First Picture From Wedding | See Pics

In the video, he said that he has always said one thing about Sugandha and also to her, “Tu bahot khatarnaak hai yaar’ leaving everyone in splits. He added, “Mere hisaab se ladkiyon ko khatarnaak hi hona chahiye. Itni khatarnaak lekin koi ladki nahi ho sakti, ki uske pyaar me hi gir jaao aap. (I feel every girl should be dangerous but not so that you end up falling in love with her).” Also Read – Sugandha Mishra-Sanket Bhosle Are Married Couple Now, Bride Shares Mesmerising Engagement Pictures

He then expresses his happiness and gets emotional. Sugandha quickly hugs him and wipes his tears and he gives peck on her cheeks. Sharing the video, she captioned it, “#Moment Which left my soul stirred for a lifetime Moment of Luv … @drrrsanket.” Also Read – Sugandha Mishra-Sanket Bhosle to Get Married Today in Jalandhar: Bride Shares Gorgeous Pics From Mehendi

Speaking about the emotional moment, Sanket had told BT, “I was quite emotional. Jis moment ke liye itne saal wait kiya, that moment had finally arrived and made me sentimental. Woh khushi ke aansoon the (laughs!).” The doting wife, Sugandha, immediately reached out to hug him. He adds, “Sugandha was also emotional at that time, I could see it in her eyes.”

Sugandha Mishra and Sanket Bhosle have tied the knot. The couple got married on Monday (April 26) in a private wedding ceremony in the presence of their close family members and close friends in Ludhiana.

See also  what to watch on OTT this independence day, make Independence Day special with these films and webseries released on OTT