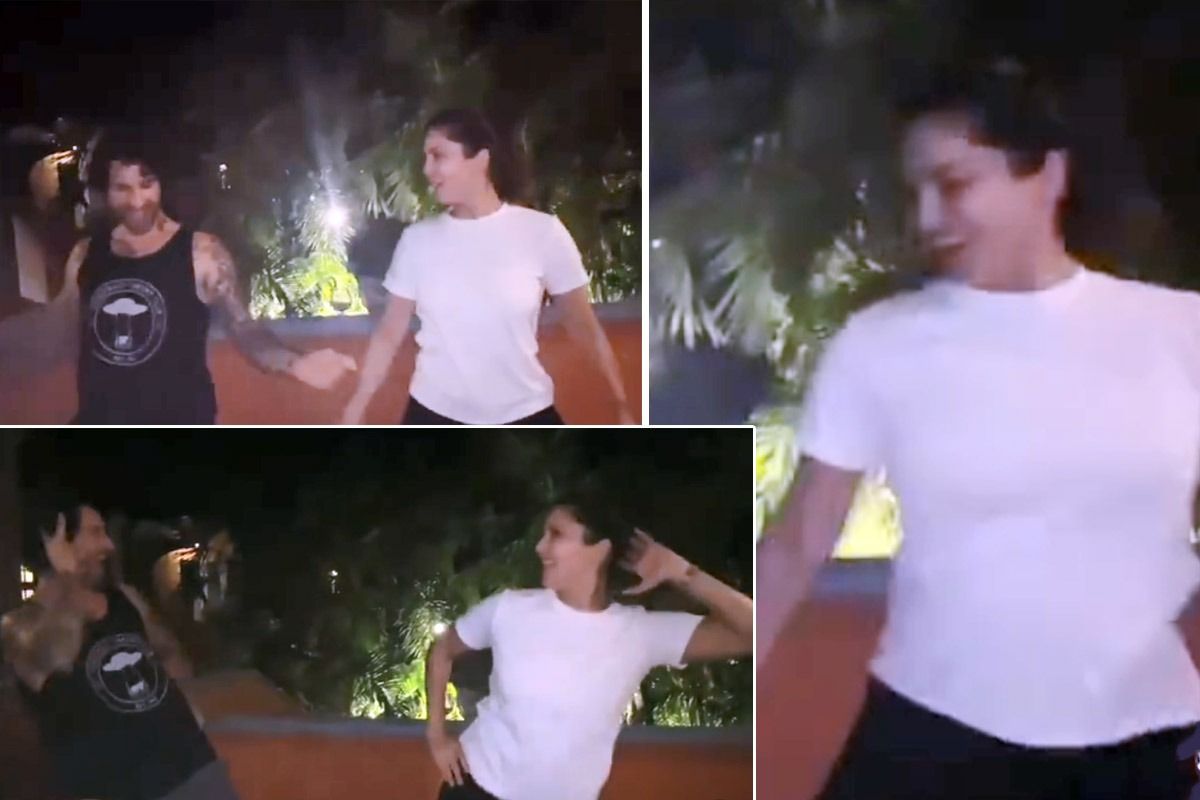 Mumbai: Actor Sunny Leone is an amazing dancer and she often shows off her dancing skills to her fans. Known for being goofy, the Baby Doll fame shared a ROFL video of Daniel Weber and herself grooving crazily on Kangana Ranaut’s popular song ‘London Thumakda’. The couple can be seen on their terrace and what it seems is that Daniel tried hard to match his steps with his wife Sunny. Her witty captions do say it all, she wrote, “Anyone can dance to good music, doesn’t mean music makes everyone a good dancer. (sic)” Also Read – Sunny Leone’s Hubby Daniel Weber Shares Her Cutest Then-And-Now Picture on Her Birthday

Sunny Leone and Daniel Weber often give couple goals with their endearing posts. Last month, the couple also released a video where they revealed how they are ‘keeping the spark’ alive in 10 years of their marriage. In the clip, they dance together and share” 5 ways of keeping the spark alive” – “1) Always communicate, 2) Plan date nights, 3) Cook together, 4) Make each other laugh and 5) Appreciate each other.” Also Read – Sunny Leone To Provide Meals To 10,000 Migrant Workers In Delhi – Details Here

Meanwhile, on the work front, she is currently shooting for the latest season of Splitsvilla. She was last seen in Devang Dholakia’s Bullets. She will be next seen in a lead role in the psychological thriller, Shero. She will also be seen in Anamika, a gun-fu action series. Written and directed by Vikram Bhatt, it also features Sonnalli Seygall. Also Read – Sunny Leone Gives Out Strong, Powerful Message on International Women’s Day, Says ‘Sexist Comments at 21’