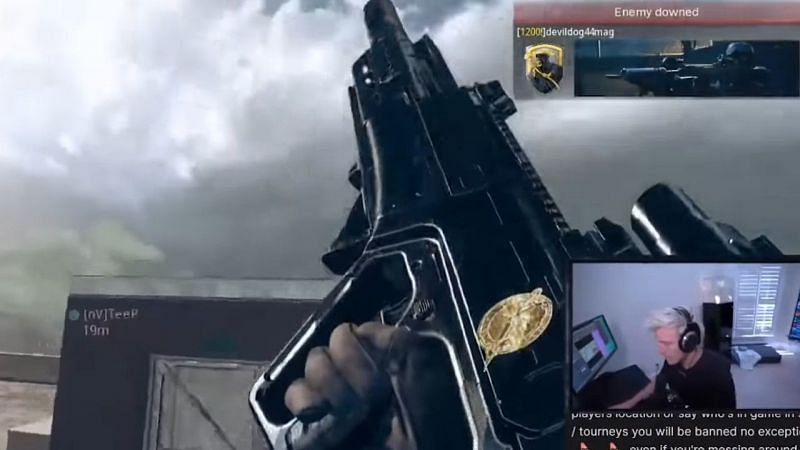 Tfue is back at it in Call of Duty: Warzone Season 3, and he’s just in time for a potential RAM-7 meta shift in the battle royale.

A new balance update was recently implemented in Warzone Season 3. Some new weapons rose to the top of the tier list, while others were nerfed to be lowered.

The balance changes have brought weapons like the AMAX out of the limelight, and Raven Software is still planning to increase the TTK of weapons to raise the skill ceiling in Warzone. Though the RAM-7 didn’t necessarily get a massive boost, players like Tfue can utilize it with the rest of the balance changes to drop a ton of kills.

Many of the weapons in the meta are becoming viable at the very least, but the Tfue RAM-7 class will certainly stand out.

Most of the attachments that Tfue uses in his Warzone RAM-7 loadout are staple options for Modern Warfare weapons. However, slight changes like optics are a bit different than what other players may run for the current meta RAM-7 loadout.

Attachments for the Tfue RAM-7 loadout

Another Modern Warfare staple, the Commando Foregrip is used by most top-tier players, like Tfue, for Modern Warfare assault rifles. It simply provides recoil stability while keeping much-needed mobility on a weapon like the RAM-7.

For the barrel, the best option that Tfue uses is the FSS Ranger. It’s a barrel that provides effective damage range and bullet velocity, which is always invaluable on the RAM-7 in Warzone.

The only option for ammunition on the RAM-7 is the 50 round mags, and everyone – including Tfue – utilizes them. They are a necessity for long engagements.

Players are using different optics for Warzone Season 3 on the RAM-7, but Tfue has stuck with the VLK 3.0x optic.