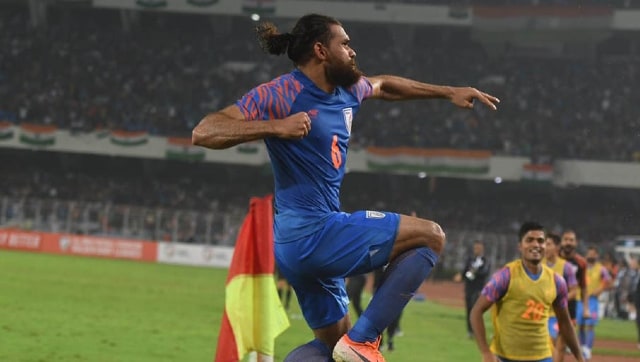 ‘That roar will stay with me forever’, India defender Adil Khan reminisces thumping header against Bangladesh in 2019-Sports News , Technomiz

Bangladesh had taken an early lead and India had to wait till the 88th minute to find the equaliser through Khan off a corner taken by Brandon Fernandes at the iconic Salt Lake Stadium in Kolkata on 15 October, 2019. 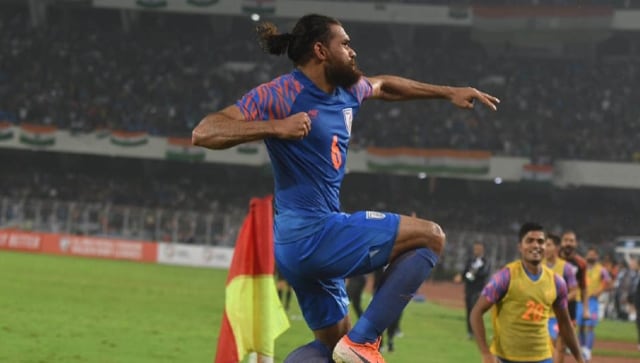 Adil Khan celebrates after scoring the equaliser against Bangladesh in a World Cup qualifier match on 15 October, 2019. AIFF

Doha: It was a goal Adil Khan will never forget, a last-gasp thumping header to draw parity against Bangladesh in a World Cup qualifier match in Kolkata in 2019, and the India defender says the roar from the crowd that day will stay with him forever.

Bangladesh had taken an early lead and India had to wait till the 88th minute to find the equaliser through Khan off a corner taken by Brandon Fernandes at the iconic Salt Lake Stadium in Kolkata on 15 October, 2019.

“Brandon, as usual, was spot on. I somehow managed to leap and connect with the ball properly, and it generated the power and the angle required,” Khan said in an AIFF release ahead of India’s second leg match against the same opponents on Monday.

“I saw the net bulging and heard the roar – some 70,000 people were relieved, cheering my goal, for my country. Life is certainly made of such moments. I went blind, I went deaf. That roar will stay with me forever.”

The capacity crowd went berserk after Khan’s equaliser. They would have gone disappointed had India lost that match as they had come from far-off places to watch the game.

“Expectations were sky-high in Kolkata as we took on Bangladesh at the VYBK after holding Asian champions Qatar in their own den. Tickets for the match were sold out a week back.

“As we approached the YBK on the day, I could see hordes of fans heading for the cauldron. They (crowd) had come from distant corners to watch us, they sacrificed other priorities to watch me. I needed to pay them back.”

He said that match will always remain a “hallmark” in his life.

“I had fought my way back to the national team after a spell of injuries that had kept me out of football for long. I was so motivated.”

The 32-year-old Khan said he played the match despite knowing that his father was being operated that day.

“My build-up hit a roadblock. As part of my upbringing, I always call up my dad prior to any match. That day when I called, my mom picked up and informed me that my dad was hospitalised and was to undergo heart surgery the same day.

“I was on the team bus on the way to the stadium. Honestly, I was a bit devastated. My dad has been the biggest football fan and my inspiration. I felt helpless.,” he said.

He found out after the match that his father’s surgery was successful.

“When I met my dad I told him about my goal for India. He had never missed any match since my academy days wherein he used to travel long distances to watch me play.

“I felt proud of not letting him down, and obviously, he was proud of his son making a mark for the country. Life is made of such moments.”