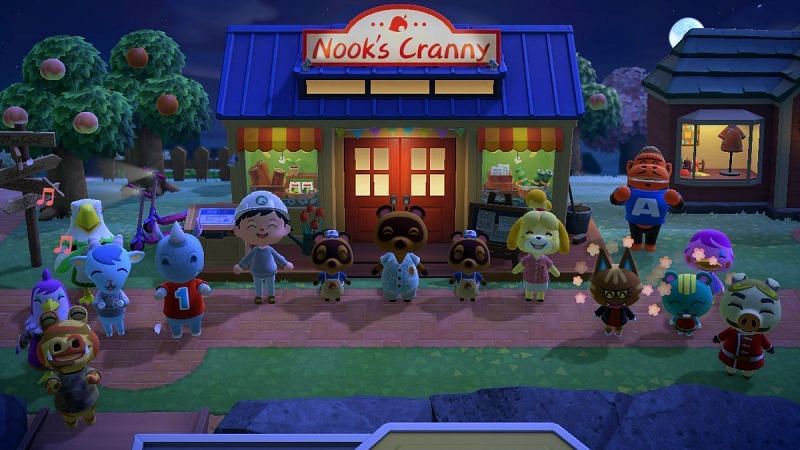 It’s been over a year since Animal Crossing: New Horizon’s release, and people have had plenty of time to scout out their ideal town of villagers.

Everyone has their own favorites in terms of Animal Crossing villagers. Some players like the simplicity of the cat and dog villagers, while others prefer the strangest ones out there, like the octopi and kangaroos. But regardless of personal preferences, there are some villagers that everyone has to admit are great.

This is a list that is based on villager design and popularity. And, as such, it is incredibly subjective. There were many great choices that didn’t quite make the cut, which just goes to show how fantastic Animal Crossing’s cast of characters is.

Note: This article reflects the opinion of the writer.

Raymond would win in a popularity contest any day of the week at the moment. But in a design contest? There are many more notable options in the wide world of Animal Crossing.

Regardless, his fans love him and everyone else loves to hate him. For the massive stir that Raymond creates when his mere name is mentioned, he still deserves at least the number 5 spot on this list.

Beardo is a smug old bear who’s too dapper for his own good and has a name based on a pun. It’s hilarious but also completely awful. And he doesn’t even have a beard. Beardo the bear has mutton chops and a magnificent mustache, but not even a hint of stubble on his chin. Other than that he has blue fur that coats his body since he’s a bear.

Can bears even have beards? Or mustaches, for that matter? Apparently, anything is possible in the world of Animal Crossing.

Zucker is just such a creative concept. Octopus villagers are already few and far between in Animal Crossing: New Horizons, but Zucker really takes the cake as the best of the bunch.

Those not familiar with Japanese foods might not recognize immediately what’s so different about Zucker. The poor lad is based on a Japanese food called Takoyaki, which is, in its most basic form, fried balls of dough and octopus.

Zucker is the characterized form of a dish his kind is made into. It’s both creatively morbid and morbidly creative. There are not too many other villagers out there that match the sheer creativity of Zucker’s design, nabbing him spot number 3 on this list.

Lucky is a classic favorite of the Animal Crossing franchise. He’s been puttering around in those bandages of his since the very first Animal Crossing. The fact that he’s stuck around this long goes to show how loved and appreciated by fans of the series.

But Mr. Writer, wasn’t this about top villagers in Animal Crossing and not about popular ones? Yes. Yes, it is.

Lucky has a unique design of being mysteriously wrapped up in bandages from head to toe, save for his ears and a slit for one singular eye.

Whether these bandages are from continuous injuries, a creepy mummy aesthetic, or hiding a really embarrassing full-body tattoo, no one knows. But it doesn’t matter much since it makes Lucky a perfectly spooky addition to any town, slotting him in at number 2 on this list.

Merengue really takes the cake on creativity as far as villager design in Animal Crossing goes. Her sweet personality (she’s actually ‘normal’ personality-wise, but that’s still pretty sweet) and sugary aesthetic come out of nowhere. Who exactly would expect a rhino to work so well as a strawberry-flavored strawberry shortcake?

With her horns made out of strawberries and a dollop of whipped cream respectively and her pink skin matching so well with the sugary aesthetic of her home and clothing, Merengue for sure deserves the top spot on this top list.