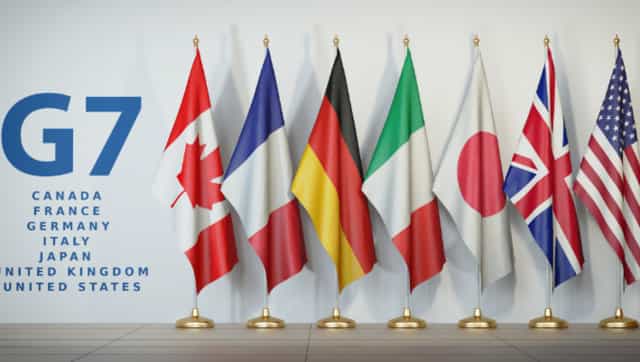 The idyllic English seaside of Cornwall is hosting the 47th summit at Carbis Bay, a seaside resort and village, where the leaders of the UK, US, Germany, France, Canada, Italy and Japan will flock together to discuss the state of the global economy, the path of recovery for the COVID-19

In January, Prime Minister Boris Johnson had called the venue the “perfect location for such a crucial summit”, according to the BBC.

According to the website, StayinCornwall, “Cornwall is famed for its world-renowned beaches which make it a surfing haven in the UK as well as one of the leading holiday destinations in the UK. With castle ruins and old tin mines dotted throughout the county, the history in Cornwall is also something that is to be celebrated alongside the changing scenery and local produce.”

The website further informs that Cornwall is the ninth largest county in the UK with an area of 1,376 square miles with over 25 percent of this designated as ‘Areas of Outstanding Natural Beauty’ and boasting of a coast that stretches 422 miles.

Praise for Cornwall was expectedly profuse on the official website of G7 UK 2021.

“The summit will also provide the best of Cornish hospitality for leaders, delegates and the world’s media. It will involve the whole of Cornwall, boosting local businesses and showcasing this unique part of the UK to the world. Cornwall is a region in the South West of England, and the most southerly point of mainland Britain. It retains a distinct cultural identity, including its own language and traditions, and is recognised as one of the six ‘Celtic nations’,” it said.

The ode to Cornwall by the host said that the region is known for its hospitality, with almost 20 million yearly visits and has hosted films and TV shows, from the BBC’s Poldark, to James Bond and Germany’s long-running Rosamunde Pilcher TV series.

However, the hugely popular tourist destination in the UK, Cornwall too could not escape the brunt of the COVID-19

pandemic. A BBC report quoting people in the know of the economic loss said the county was staring at “losing £1bn of spending by visitors over 14 months because of coronavirus

” in January this year. A Reuters report quoting chief executive of Visit Cornwall Malcolm Bell said that it is likely to take two-and-a-half to three years for the tourism sector in the county to recover to pre-pandemic levels.

The British government might be quietly hoping that the G7 summit will spring back the tourist hotspot back to life when G7 leaders meet at the Carbis Bay Estate, “a luxurious coastal retreat with a privately owned 25-acre Blue Flag beach, impeccable service, fine food, superb spa facilities and breathtaking views across one of the world’s most beautiful bays.” The five-star property mentioned on its website that it “is honoured to be welcoming world leaders to Carbis Bay, for the 2021 G7 Summit.”

Despite the grand claims, reviews of this property have not been very kind.

“By choosing the hotel as the venue for the G7 summit, Boris Johnson has “decided to inflict a cruel and unusual punishment” on Joe Biden, Emmanuel Macron and Angela Merkel, according to the guide’s editor, Adam Raphael,” James Tapper wrote in The Guardian. Tapper further goes on to write in the same piece, “The review from one of the guide’s trusted correspondents, Frances Thomas, speaks of long waits for service, absent porters, tense waitresses, wonky central heating and ghastly musak.” Carbis Bay, will have to work hard so that the elite visitors arriving in less than a week are not inclined to such harsh thoughts.

The UK has invited Australia, India, South Korea and South Africa as guest countries to this year’s G7 that will happen from 11 to 13 June.

Behind that picture-perfect image of sand, sun, sea and surfing there is a sad truth that is gradually emerging. Owing to the upcoming G7 summit, homeless people are losing their beds to sleep in the county.

According to a report in The Guardian, “Vulnerable homeless people have been moved out of hotels in Cornwall to make way for police and government officials attending this week’s G7 summit, a local charity claims…. About 130 homeless people had been moved from hotels to make way for paying guests, according to Cornwall council. Seven had to leave Sandy Lodge Hotel, Newquay, on 24 May to accommodate some of the 5,000 police officers who have been drafted in from outside Cornwall. Some were moved into other hotels only to be moved again.”

The Cornwall Live quoting data from the Ministry of Housing, Communities and Local Government said that “a total of 2,338 families and individuals have either lost their homes or been threatened with homelessness during the COVID-19

pandemic in Cornwall (between April and December, 2020).” the situation is so dire in the region that “one in five households facing homelessness… were either couples with children, single parent families, or family groups of three or more adults and children.” It is increasingly becoming uncertain how the local population will appreciate such a global meet in their backyard when they are themselves going through such hard times.

Spilling out the agenda for British prime minister Boris Jonson, the G7 UK 2021 website said that “The prime minister will use the first in-person G7 Summit in almost two years to ask leaders to seize the opportunity to fight and build back better from coronavirus

, uniting to make the future fairer, greener and more prosperous.”

by the end of 2022 when he welcomes them to Cornwall for the G7 Summit later this week.”

“Next week the leaders of the world’s greatest democracies will gather at an historic moment for our countries and for the planet. The world is looking to us to rise to the greatest challenge of the post-war era: defeating COVID and leading a global recovery driven by our shared values. Vaccinating the world by the end of next year would be the single greatest feat in medical history. I’m calling on my fellow G7 leaders to join us to end to this terrible pandemic and pledge will we never allow the devastation wreaked by coronavirus

to happen again,” the British prime minister said ahead of the G7 Summit.

With a focus on “a recovery that puts opportunity, sustainability and democratic values at its heart”, the G7 Summit is also likely to pledge “to achieve net zero carbon emissions by 2050”. The summit will also dwell on the increasing need to remove trade barriers globally so that economies worldwide thrive without hindrance. Ensuring education for all, particularly girls, is also among the key agendas of the upcoming summit.