What is 2×2 OCL? What’s so special about dual-native ISO? How is DOL-HDR different from regular HDR?- Technology News, Technomiz

While OnePlus is understandably keen on discussing its Hasselblad tie-up, it’s the camera features of the 9 Pro that are more intriguing. The primary camera in particular, featuring a custom-made Sony IMX789 sensor, boasts of many features that we haven’t seen in mobile cameras, and sets new standards for tomorrow’s sensors.
If you’ve been paying attention to camera tech and smartphone cameras in general, some of the technical jargon – dual-native ISO, omni-directional AF, OCL sensors, 12-bit RAW, DOL-HDR – almost makes sense. It’s when we think about it more deeply that we realise that we don’t actually know why 12-bits matter or understand the significance of a 2×2 OCL sensor and its impact on autofocus performance.
Let’s break things down, shall we?

Sony IMX789 sensor
The Sony IMX789 is the sensor that lays behind the primary camera on the OnePlus 9 Pro. This brand-new sensor that OnePlus collaborated with Sony to produce is, it’s safe to say, ground-breaking. It’s one of the only sensors in the world that can record high quality 4K video at 120 fps, uses new tech to create ‘omni-directional’ autofocus using the entire sensor as a phase-detection array, and features a powerful Digital OverLap or DOL HDR technique for improving image quality. Yes, we know, jargon. Here’s what this all means. 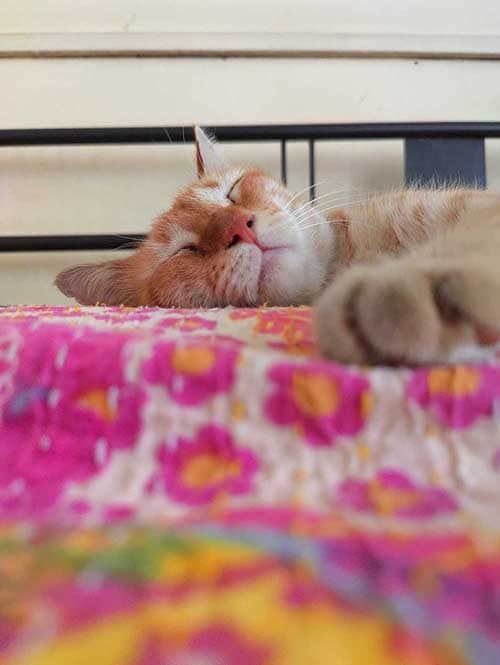 16:11 aspect ratio
Most camera sensors come in a 4:3 aspect ratio, with video cropping in to a smaller 16:9 frame of that sensor, resulting in a ‘zoomed in’ effect when switching from photo to video mode. With a 16:11 aspect ratio, the sensor can accommodate square (1:1), regular stills (4:3), as well as video frames (16:9) without cropping in much vertically or horizontally. This allows for better use of the sensor area and more consistency between shooting modes.

4K 120 fps video
This is simple enough to understand. The camera shoots video at a resolution of 4K and a frame-rate of 120 fps. What isn’t simple is the sheer computing power required to process 120 individual frames of 4K video. Not only is the sensor having to capture and buffer 8.2 MP of data per frame, it’s capturing 120 such frames per second. Uncompressed, that’s nearly a gigapixel’s worth of data being handled by the camera system. A 4K 30 fps camera only handles a quarter of that data, and until recently, many cameras struggled even with that.
It’s this sheer number-crunching ability paired with the monster 48 MP sensor that allows this camera to also record 8K 30 fps video (33 MP per frame, 30 times a second, or another gigapixel’s worth of data). Very few camera systems in the world, even professional ones, can handle this much data.

Dual-native ISO
Imagine you’re speaking into a microphone and you find the recording volume to be low. To fix the issue, you amplify the input signal, allowing the mic to record at a much higher volume. However, you will also notice an increase in electronic hiss and background noise because the mic is amplifying not just your voice, but all the unwanted noises around you as well. There will be a sweet-spot of amplification at which the noise is at its lowest.

In the case of cameras, imagine that the mic is your camera sensor and ISO is the amplification. At its native ISO, a camera sensor can capture the cleanest image with the greatest amount of detail and the least amount of noise. Amplify the signal and you’ll find the camera amplifying electrical noise, cosmic background radiation, and more.

The image is brighter, but also noisier.
Most cameras tend to have one native ISO or ideal gain setting, which is usually best for daylight use, resulting in over-amplified and noisy images at night. The dual-native ISO on the OnePlus 9 Pro’s Sony IMX789 sensor fixes this problem by offering, as the name suggests, two native ISOs: one for daylight, one for night.
It’s more complex and expensive to implement and few cameras, even professional ones, offer this feature. DOL-HDR
The dynamic range of an image is the difference in intensity between the darkest and brightest points of an image. This is measured in stops, where each stop is double the range of the previous stop. The human eye has a dynamic range of about 20 stops, but most cameras only manage about 12.
Camera makers use various tricks to improve dynamic range, but the most prevalent is image stacking. Cameras take a series of images at various exposures – from images that are too dark to those that are too bright – and combine them to create a single image with a greater dynamic range than each single image.
However, since separate images are being captured, there’s a time delay between shots, resulting in unwanted blur and weird motion artefacts when shooting HDR stills or video of moving subjects (your prancing dog, for example).
DOL- or Digital OverLap HDR is not a new technique, but it’s been a while since we’ve seen it implemented in a high-end sensor. Rather than capture multiple separate images, Sony’s IMX789 captures two different exposures while reading the sensor data. This happens nearly instantaneously and so, there’s no unwanted blur or other such artefacts, and you’re getting an HDR image or video.

12-bit RAW
Images, whether stills or video frames, are captured as red, green, and blue (RGB) colour values. The range of intensities of each colour that is captured is its bit value. A 2-bit image will capture 2×2 (4) shades or intensities of red, 2×2 (4) shades of green, and 2×2 (4) shades of blue for a total of 64 (4x4x4) possible colours. A 3-bit image is 2x2x2 (8) shades of red, 2x2x2 (8) shades of green, 2x2x2 (8) shades of blue for a total 512 (8x8x8) possible shades of colour rendered.
Most displays can render 8-bits of colour, which, expanding on the math above, translates to about 16.7 million possible colours rendered. The OnePlus 9 Pro, and a handful of other smartphones have 10-bit panels capable of rendering over 1.07-billion colours. 12-bits of colour translates to a whopping 68.7 billion colours. See where we’re going with this?
Sure, even an A+ grade panel like the OnePlus 9 Pro’s doesn’t need more than 10-bits of colour depth, but when you’re editing images, as you will if you’re shooting RAW, that additional range of colour recorded by the 9 Pro’s 12-bit RAW function will give you more leeway for messing around and tuning your final image as you see fit. Additionally, 12-bit RAW captures more dynamic range than 10-bit RAW, allowing you to push exposure more freely. 2×2 OCL
This one’s fascinating, and also the hardest to explain. We’ll take a stab at it though.
An image sensor comprises several light sensitive elements called pixels. Each pixel only measures the number of photons (particles of light, in layman-speak) hitting it. Obviously, the larger the pixel the more the number of photons that will hit it, and the more sensitive that pixel is. On tiny smartphone sensors, this isn’t always a viable option.

Another method is using microscopic lenses to focus photons to each pixel, increasing its sensitivity. These lenses are called on-chip-lenses or OCL. Sony uses this technique, but with a slight modification: Each lens is placed over a 2×2 grid of pixels (thereby covering 4 pixels with one lens) rather than over individual lenses.

At first this seems daft. Wouldn’t individual lenses be more efficient than a grouped one? Yes, and also no.
First, the IMX789 and 766 use a technique called pixel-binning to combine 4 small pixels and emulate a single larger pixel. A 2×2 OCL system helps these smaller pixels better emulate a larger pixel.

Second, autofocus (AF) performance improves significantly, especially in low light. The standard for high quality AF performance in a camera is PDAF or phase-detect autofocus. Specially designed pixels on the camera sensor look at the scene you’re trying to focus on from two different perspectives, much like our eyes, and attempt to focus the image by using complex math to determine how different the two perspectives are.

There’s a lot of math involved, but all you need to know is that this process is fast and reliable… except in low light.
For various reasons, PDAF pixels tend to be less than half the size of regular pixels (a vertical line as opposed to a square), making them less than half as sensitive to light. While the rest of the camera’s pixels can ‘see’ a low-light scene, the PDAF pixels cannot.

Because Sony’s 2×2 OCL system shares a single lens across four pixels, each pixel in that 2×2 grid looks at the image from a slightly different perspective by default. Since all 48 million pixels on the sensor do this, you can literally have a 48-million-point PDAF system (compared to the 5,500 or so points you’ll get on the Rs 3.5 lakh Canon R5 mirrorless camera) that can focus on anything. Because each pixel is full-size, each pixel will focus better in low-light conditions.

50 MP ultra-wide with less than 1% distortion
A) This is the highest resolution ultra-wide on a smartphone yet.

B) The IMX 766 sensor used here is huge — OnePlus says it’s 3.2x the one on the iPhone 12 Pro Max — and this has significant implications on low-light performance and overall image quality. When it comes to sensors, bigger really is better.

C) The camera uses a Freeform lens, i.e. a lens that’s been digitally surfaced to reduce image distortion. Images from this lens will end up cleaner, brighter, and with straighter lines than those from most competing lenses.

Hasselblad colours
Lastly, we come to colour science. Colour, just like audio, is subjective. Our perception of colour, and our preference for a particular tone, is an intensely personal experience that nobody else can comprehend. In other words, there’s no right or wrong approach to colour. Your brain likes what it likes and that’s all there is to it.
Fuji’s muted contrast is great for people photos, and Canon’s rich colours for landscapes. Neither camera system is wrong, but each has its own following and gang of haters and supporters.
Hasselblad, currently owned by DJI, and one of the biggest names in photography, is known for the natural colour tones its cameras produce.
OnePlus, in partnership with Sony and Hasselblad, has attempted to recreate this signature natural colour tone in the way images are processed on the 9 Pro camera system.
On paper, all these factors come together to create an exciting and ground-breaking new camera system. Ultimately, however, the proof is in the proverbial pudding, and it’s up to OnePlus 9 Pro users to determine whether the company’s efforts have paid off.
So… what do you think of the new camera system?