Which Free Fire character is better for aggressive gameplay after the OB27 update?

Garena Free Fire is a widely played action-adventure battle royale game. If used rightly, characters, who have definitive abilities, can give players an advantage when fighting on the battleground.

Aggressively gameplay is a beneficial strategy to increase kill counts. However, for such a play, it is often hard to choose the right character with the vast number of choices in Free Fire.

This article compares two popular Free Fire characters, DJ Alok and K, to determine who is the better choice for aggressive gameplay after the OB27 update in Free Fire.

Assessing the abilities of DJ Alok and K in Free Fire

DJ Alok’s ability, known as Drop the Beat, creates a 5m aura that increases ally movement speed by 10% and restores 5 HP/s for five seconds at its base level (level 1).

By using universal fragments, he can be leveled up. At its optimum level (level 6), Drop the Beat increases ally movement speed by 15% and restores 5 HP/s for 10 seconds.

Ability: Master of All

Master of All offers players 50 points of EP. Within a 6 meter radius when in jiu-jitsu mode, allies will earn a 500 percent boost in EP conversion rate. Players can make up 2 EP every three seconds, up to a maximum of 100 EP, in the psychology mode.

K takes up to three seconds for the mode switch to cool down. He regains 2 EP every 2 seconds up to 150 EP at his highest skill, at level 6.

See also  Awakened Andrew character in Free Fire: Everything we know so far 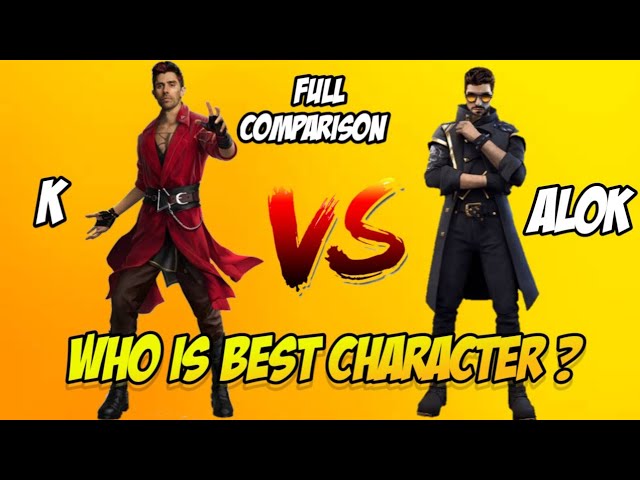 In the psychology mode, K can increase the EP and gradually improve the HP level of the player by slowly converting the EPs into HPs. On the other hand, DJ Alok’s ability gives players the advantage of restoring HP directly and also boosts their speed.

Hence, based on the abilities, the latter is a better character to use for aggressive gameplay in Free Fire as he offers better HP recovery while rushing.