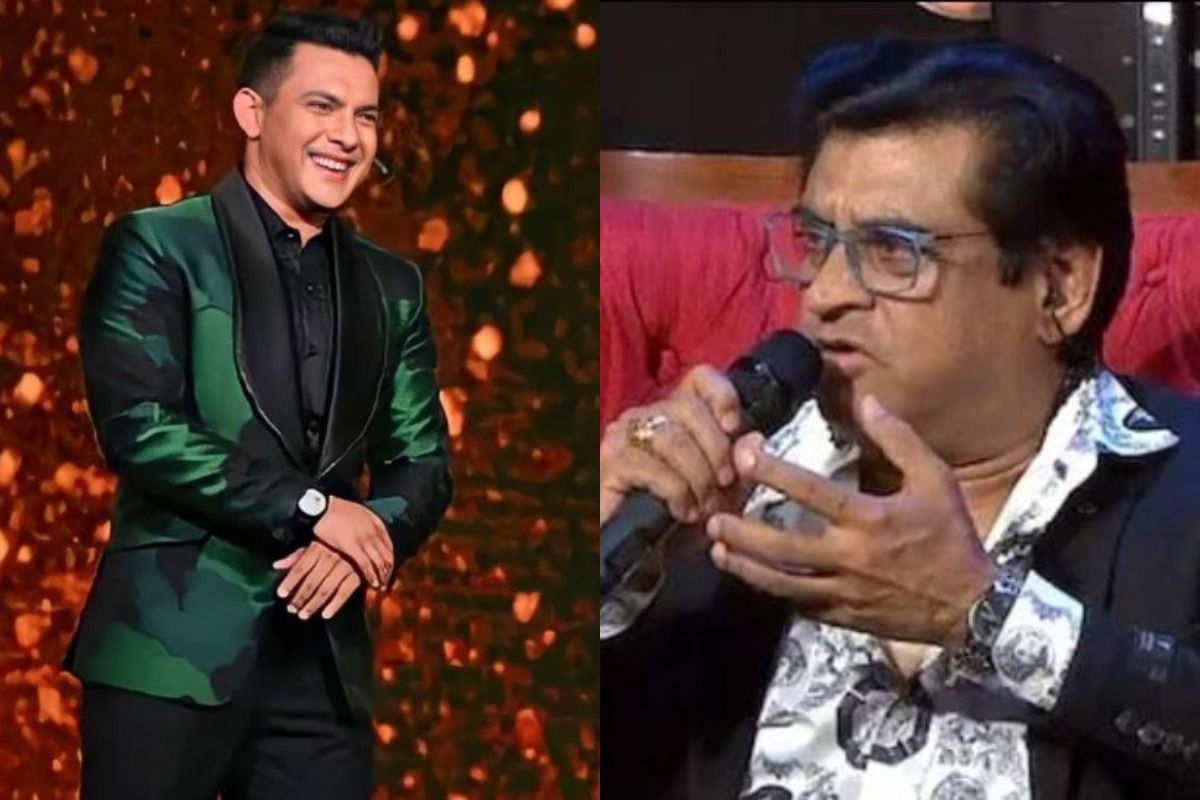 Daman: Indian Idol 12 has been making headlines for its last weekend episode wherein the makers paid tribute to legendary singer Kishore Kumar. Viewers trolled the makers and judges – Neha Kakkar, and Himesh Reshammiya, for ruining the singer’s legacy. Amit Kumar, son of Kishore Kumar, who was a special guest on the show, also criticized the episode and said that he didn’t like the episode and wanted it to stop. Also Read – Neha Kakkar-Rohanpreet Singh Fight Like Little Kids, He Says ‘Hadd Hai Yaar’ | Watch

Reacting to Amit’s statement, host Aditya Narayan said that ‘it is not easy to honour the legacy of a legend in an hour or two.’He also pointed out the struggle to shoot fresh episodes in Daman with ‘a limited team and crew, limited rehearsals and different set’. Also Read – Indian Idol 12 Controversy: Amit Kumar’s Shocking Revelation For Judges And Makers, Says Was ‘Told to Praise Everyone’

Aditya told SpotboyE, “Amitji has graced the show on multiple occasions and has always praised our contestants as well as our team. This time also he was lavish in his praise. In fact, he was kind enough to share so many personal stories on Kishore Da and we enjoyed and cherished each one. If he wasn’t happy with certain aspects of the show he could have just told us during shoot and we would have been more than happy to try and accommodate his inputs.” Also Read – Indian Idol 12 Judges Neha Kakkar, Himesh Reshammiya Trolled For ‘Ruining’ Kishore Kumar’s Songs

Earlier Amit Kumar told TOI, “I did what I was told. I was told sabko praise kamana hai. I was told jo jaisa bhi gaaye usko uplift karna hai because it’s a tribute to Kishore da. I thought it will be a homage to my father. But once there, I just followed what I was asked to do. I had told them to give me portions of the script in advance, but nothing of that sort happened. Look, everyone needs money. My father was also particular about money. They gave me the price I demanded and I went, why would I have left it? But it’s okay. I have full respect for the show and its judges and participants. It’s just one of those things that happen sometimes. Next time if they’re paying a homage/tribute to a legend like Kishore Kumar, they shouldn’t do it this way.”

During the episode, Neha Kakkar and Himesh Reshammiya were all praise for the contestants. Amit Kumar also sang a few lines of Kishore Kumar’s songs while he also shared some anecdotes about his late father.