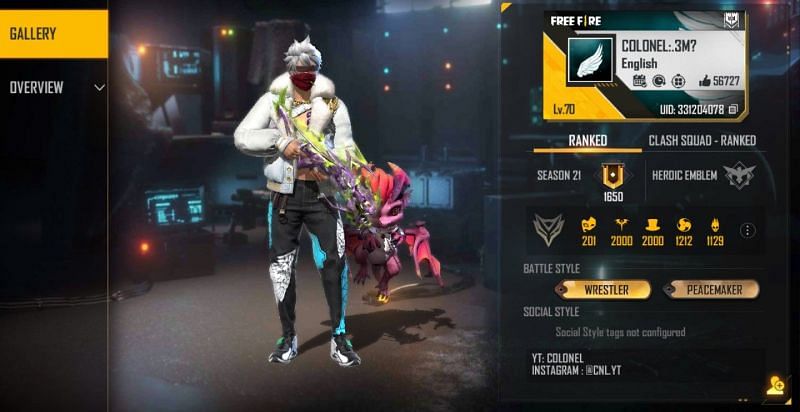 Dhia Ouhibi, aka Colonel, is one of the most popular Free Fire content creators from the Middle East region. He currently has 2.15 million subscribers on YouTube, out of which 60k have come in the last 30 days.

This article takes a look at Colonel’s Free Fire ID, stats, and K/D ratio as of May 2021.

Colonel is yet to play a ranked match as the new Free Fire ranked season has just begun.

Colonel has been creating Free Fire content on his YouTube channel since January 2020. He currently has 78 videos and 108 million views combined.

Here are the links to Colonel’s social media profiles: