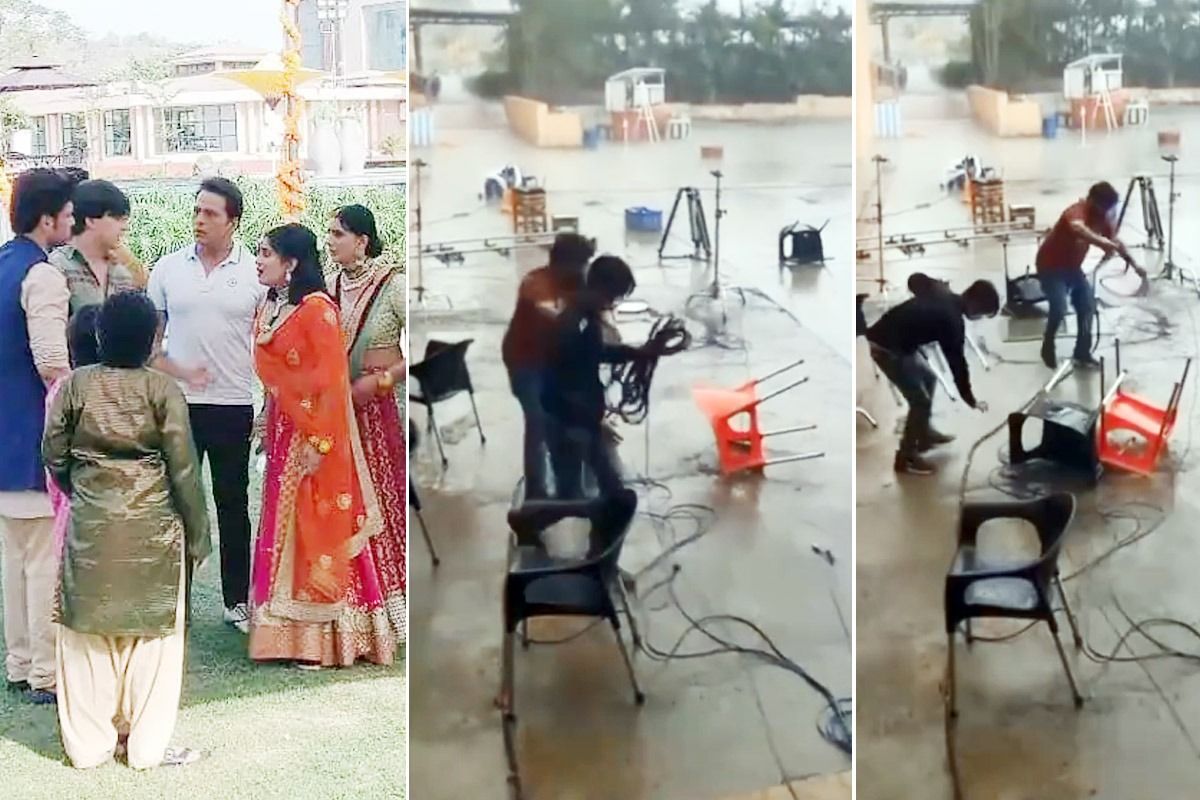 Silvassa: Cyclone Taukate has hit various areas of Maharashtra and Gujarat as both the states are under high alert since Sunday. While no shooting is happening in Maharashtra due to the Covid-19 lockdown, a few television daily soaps are continuing to shoot in Silvassa, Gujarat. On Sunday night, rains wreaked havoc on a popular show set, Yeh Rishta Kya Kehlata Hai. Also Read – Video | Mumbai’s Juhu Beach Remains Deserted As Cyclone Tauktae Wreaks Havoc In Mumbai

Actor Karan Kundra, who essays the role of Ranveer, shared a video on Instagram stories that featured the scene from their shoot location, with the crew scurrying inside as the rain lashed out the sets. The crew members can be seen swiftly getting the cameras and lights safely indoors. The video was, however, deleted by Karan Kundra later. Also Read – Indian Railways Cancel Several Trains in View of Cyclone Tauktae Warning | Full List Here

A source close to the production house told Indian Express that no major harm or loss happened as the team was well prepared. The source continued that since they are shooting at a resort, the set-up outside was minimal.

The source said, “Since the time the forecast happened, we were ready with resources. The rains came suddenly but we managed to save all the equipment. We resumed shoot indoors and filmed later in the garden once the weather was better.”

Many Bollywood celebrities took to social media to urge people to stay indoors. Amitabh Bachchan tweeted, “The effects of the #CycloneTauktae have begun .. rains in Mumbai .. please be safe and protected .. prayers as ever.” While Kajol posted a selfie on Instagram and wrote, “In this twisty tipsy turvy world sometimes all you can do is enjoy the view.” Kartik Aaryan called cyclone another reason to stay home.