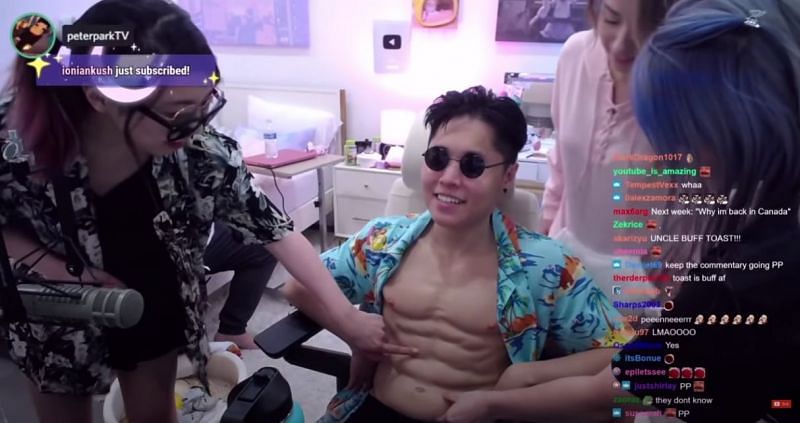 Popular variety streamer Disguised Toast had a hilarious moment on stream when he revealed his “abs” on camera. As part of OfflineTV’s “Hot Tub Stream, Disguised Toast upped the ante by wearing fake abs on camera.

With his friends and the entirety of the Twitch chat losing their minds over “buff Toast,” the moment elicited hilarious responses from Pokimane, LilyPichu, and others.

Also read: Logan Paul’s ex-girlfriend Josie Canseco and Bryce Hall hint at being involved with each other

Casually unbuttoning a Hawaiian print shirt on stream to reveal his fake abs, Disguised Toast blew his chat’s mind. After being punched in the “abs” for laughs by his friends, the main point of the look became the nipples on the bodysuit. Toast egged on his friends by saying that,

“You guys need to feel the nips, at what point is this your actual flab? It’s so realistic it makes you feel like you’re actually touching Toast’s nips which is a little uncomfortable. Do you derive joy from it as if someone were touching your nips?”

Joking that he’d cut out a hole in the bodysuit and keep his natural nipples out, Toast made his chat go wild as they began spamming “Daddy Toast” and “GachiHyper” emotes in the conversation.

The OfflineTV squad then went ahead with a triumphant “hot tub” stream that their fans enjoyed.

Following the negative feedback and cancelation accusations faced by Toast in the past couple of weeks, it was heartening for fans to see the creator comfortable and surrounded by friends again. 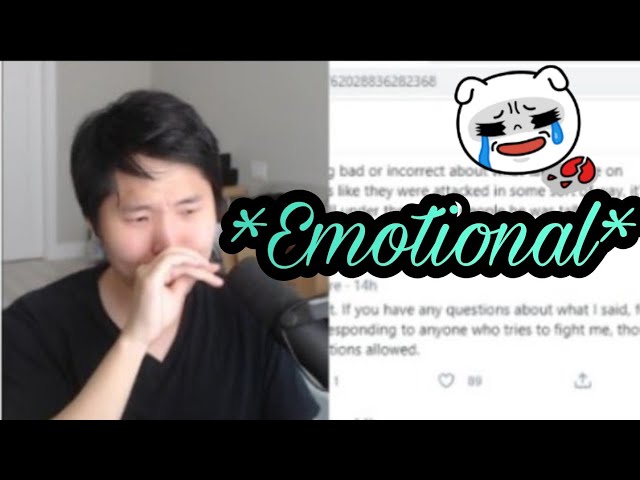 In his apology video, Toast said that,

It’s been an emotional few weeks for Disguised Toast. But his return to form has fans breathing sighs of relief as the content creator can be seen in good spirits and sporting a positive outlook.