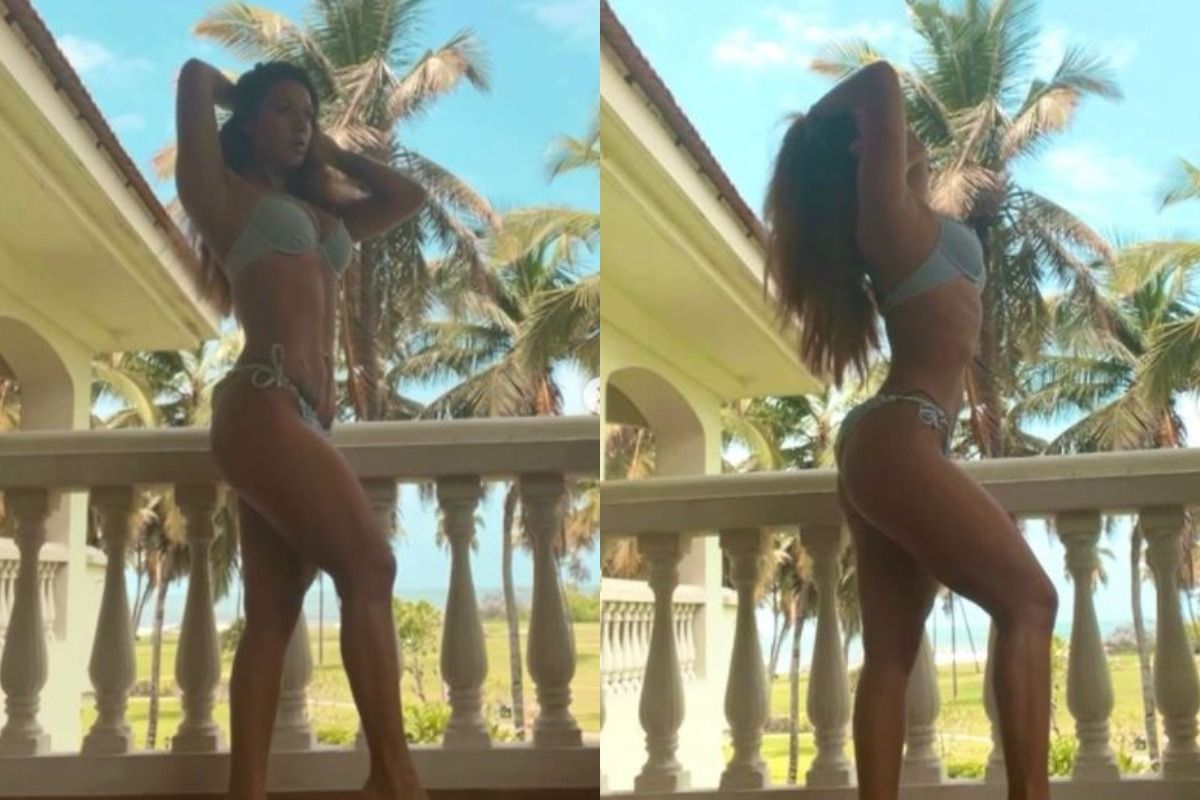 Mumbai: Jackie Shroff’s daughter and Tiger Shroff’s sister Krishna Shroff has set the temperatures soaring on Saturday with her hot and bold bikini pictures. Krishna, who is a fitness freak, flaunts her perfectly toned abs in the latest set of viral photos. In the pictures, she can be seen giving a sultry pose as she poses in a pistachio bikini. With palm trees and blue sky in the backdrop, she definitely raises the mercury level. Also Read – Krishna Shroff Burns The Internet With Bikini Photos, Disha Patani’s Sister Khushboo Calls Her ‘Super Hot’

Her fans loved the pictures and many commented with fire emoji while others called her look ‘hot’, ‘lava’, ‘sexy’, among other appreciation remarks. Also Read – Krishna Shroff Gives Back To Troll Who Asked Her ‘If She Has No Shame’ For Posting Pictures in Bikini

Earlier, Krishna shared her pictures in a maroon bikini. She often sends the internet into a tizzy with her hot looks.

Meanwhile, Krishna Shroff is a proud owner of an MMA training centre named MMA Matrix, which she launched in November 2018. She has previously clarified that she has no interst in making her career in Bollywood.

Her brother Tiger Shroff made his acting debut with Heropanti (2014) and went on to feature in Baaghi, Baaghi 2, A Flying Jatt, WAR, Student Of The Year 2 and Munna Michael, among others. He was last seen in Baaghi 3. His upcoming films are Heropanti 2, Baaghi 4, and Ganapath.