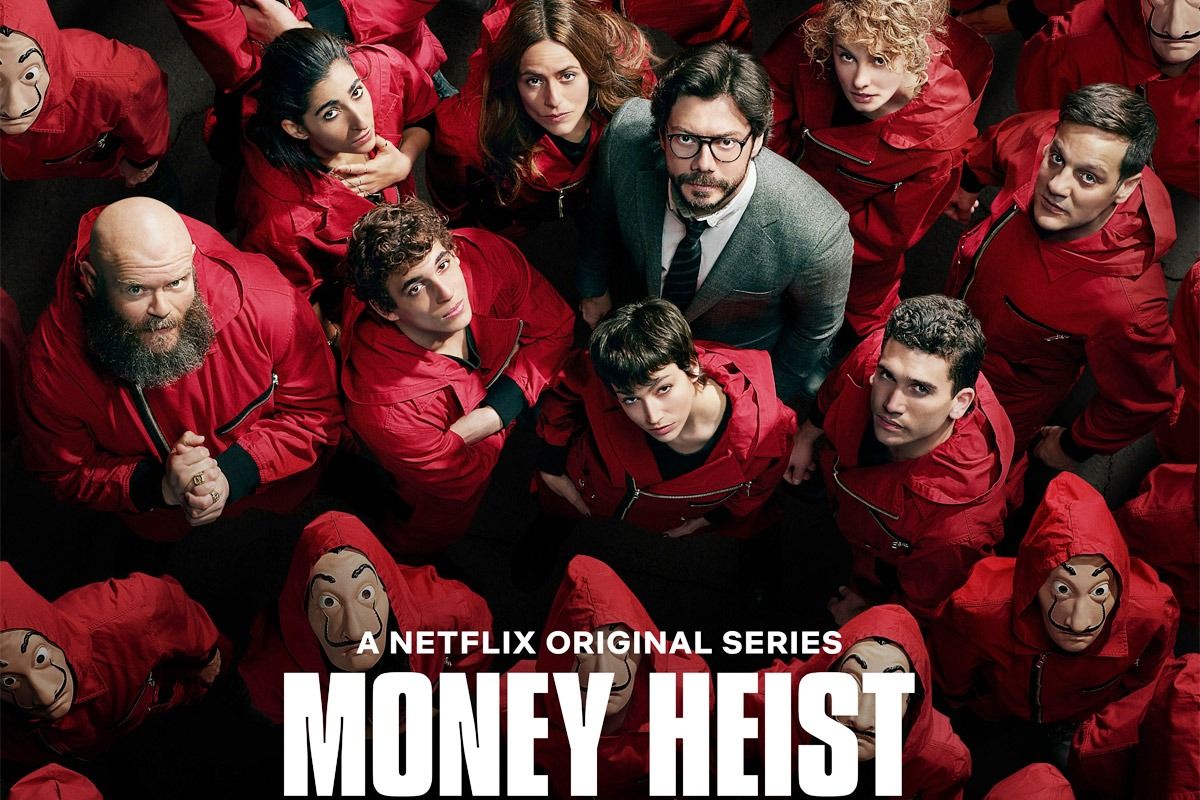 Money Heist Season Finale Likely To Premiere End of 2021, The Professor Says He Has Mixed Feelings

The Netflix series Money Heist is insanely popular and there is good news for all the fans as the upcoming season 5 is likely to hit the TV screens in the last quarter of 2021. The crew and cast of Money Heist season 5 have finally wrapped up the shooting on Friday. Taking to Instagram, Netflix shared a BTS picture from the finale season, which features the entire cast, in their iconic jumpsuits. The caption reads, “What started as a heist, ended as a family. It’s a wrap on Part 5 of La Casa de Papel/Money Heist. Thank you to all the fans for being part of La Resistencia (the resistance)! We can’t wait to show you how this story ends.” Also Read – Lucifer Season 5B Spoiler Alert: Not Lucifer But Amenadiel To Replace God? Details Here

While there is a lot of speculation on who will survive and who will be taken down by the cops in the season finale, the picture tends to make fans even more curious. The photo features Alvaro Morte, Ursula Corbero, Itziar Ituno, Pedro Alonso, Miguel Herran, Jaime Lorente, Esther Acebo, Rodrigo de la Serna, Darko Peric Hovik Keuchkerian, among others. Also Read – Netflix Releases Stranger Things Season 4 Trailer: Eleven, Are You Listening?

Season 5 will also mark the end of the gang’s ongoing robbery at the Bank of Spain. The series focuses on a group of misfit con artists and robbers who convene under the guidance of ‘The Professor’ to rob major banks in Spain.

As the Money Heist shooting was wrapped, Spanish star Álvaro Morte aka The Professor reciprocated the audience’s sentiments on wrapping up the crime drama and even talked about the things he has taken away while playing the popular character. While recalling how Money Heist has been a life-changing project for him, he said, “It’s been a huge adventure with an amazing crew, team, and cast. I feel like I’ve learned a lot and I can do many things (after) doing the Professor. The first thing I want to say is to thank you so much for all the love and the token of affection that I’ve received, not only on my last Instagram post but also for all these years. We’ve been kind of working together in this amazing adventure.”

He was asked if he is aware of his fan-following in India, he responded by saying, “Love from India! Wow, that’s one country I’d like to visit. I know a lot of fans from India. I get a lot of messages from there. They are all very nice and thank you so much for following us. It’s very nice when you’ve been working for months and you have the love of many countries from all over the world.”

On marking an end to the web series, which he’s been a part of from the beginning in 2017, he said that it is leaving him with mixed feelings, “I feel sad and happy at the same time. Sad because I’m leaving this character that gave me so many things, but also happy because I’m grateful for that. Sometimes the projects have to finish, they have to rest a little bit, and I think that we have to be happy”, he said.

Giving clarification on Money Heist’s release date, he said, “We don’t know yet, when Money Heist 5 will release. We’ve finished the shooting already. But they haven’t told us anything yet.”

Money Heist 5 will take off from its previous season that ended in a cliff-hanger where Najwa Nimri’s Alicia Sierra has The Professor at gunpoint after finding his hideout.