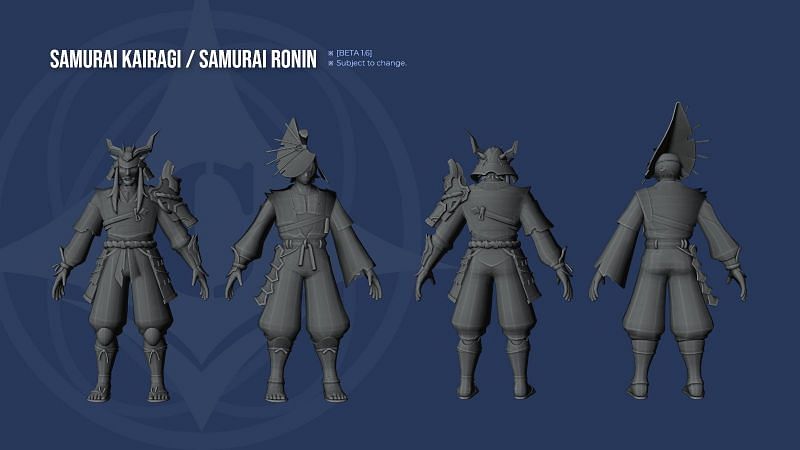 A new set of Genshin Impact 1.6 leaks hint at the addition of some Inazuma-based enemies named Samurai Kairagi and Samurai Ronin.

Genshin Impact developers have introduced several elite and world-bosses in the recent updates. After a significant content drought, the new bosses provided the end-game players with some challenging content and got a ton of positive feedback in V1.4 and V1.5.

Following the same approach, miHoYo seems to be planning future-proof event content with all these Inazuma-based samurai mobs, wielding unique katanas and crossbows.

Genshin Impact fans are eagerly awaiting the upcoming Archipelago island, also known as the Summer Island, in the 1.6 update.

The leak came from Project Celestia, a popular Data miner and leaker in the Genshin Impact community. According to the leaks, Genshin Impact 1.6 will add two new mobs, including a ranged attacker. The two new enemies will be known as Samurai Kairagi and Samurai Ronin. The following attachment gives away the data mined renders of the two upcoming bosses affiliated to Inazuma.

[1.6 Render] Samurai Kairagi & Samurai Ronin.
According to the model name “Eff_Monster_Samurai_Ronin_Shoot_Aim”, Ronin uses a crossbow (will be posted a bit later).
For now, they don’t seem to have textures.

Apart from the names and character models, Samurai Ronin’s weapon, which appears to be a crossbow, has been leaked. The data mined files reveal the model name of the Ronin, which reads “Eff_Monster_Samurai_Ronin_Shoot_Aim.

The Samurai Ronin crossbow seems to be one of its kind in the game, as no other elite enemies use such ranged weapons so far in Genshin Impact. However, common creatures like Hilichurl berserker and Fatui Pyroslingers are widely known for their ranged attacks.

Equipping a crossbow with a Samurai-origin enemy like Samurai Ronin seems ridiculous for sure. However, several rumors also point out that the other enemy, Samurai Kairagi, will be a Katana user and specialize in close-range combat.

Japanese culture is what has inspired Inazuma and the Archipelago islands. Hence, more enemies with traditional and ancient Japanese appearance, names, and weapons, are expected with the final release of the Inazuma region in the Genshin Impact 1.6 update.