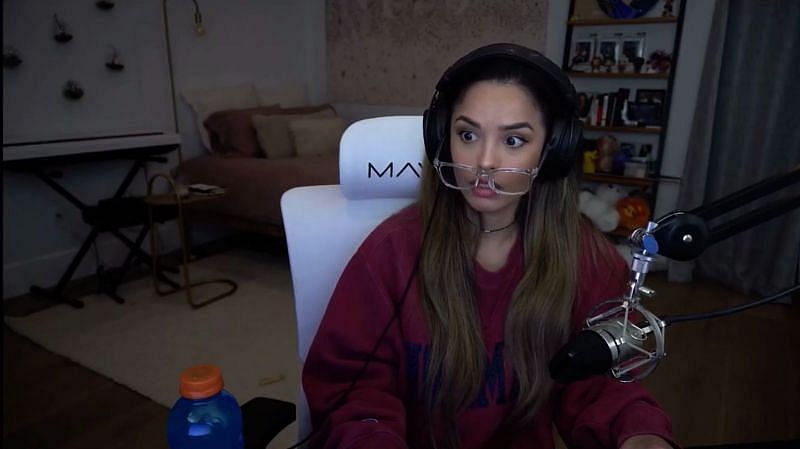 NY post tags Valkyrae as a “bikini streamer,” sending community into a state of frenzy

The hot tub meta has been ruling Twitch for what seems like ages now, and things took a turn for the worse when Rachell “Valkyrae” Hofstetter was dubbed part of the same trend by a New York Post article.

Hot tub streams have been a big part of Twitch. These streams feature mostly scantily-clad streamers interacting with their audience and have become more popular than ever. So much so that the New York Post came out with an article talking about them on May 8th.

Valkyrae is the co-owner of 100 Thieves and serves as an advocate for women in gaming. What she isn’t, however, is a “bikini streamer.”

The story mentions Valkyrae defending hot tub streamers, but the lead into the piece on her is what caught the eye of the American’s honest patrons.

Even though the article mentions Valkyrae as the most-watched female streamer, it wasn’t enough to prevent her fans from going into a state of frenzy.

They literally said “Bikini streamers were quick to defend the pratice” and went directly in to quotes by Rae. They 100% called her a bikini streamer, do to lazy, sloppy writing.

imagine calling valkyrae a bikini streamer when 99% of the time shes in an oversized sweater and she doesnt even stream on twitch lol what a dogshit article.

Blows my mind how uneducated the “main stream” media is on the gaming scene.

Her getting called one is exactly why its hurting people. They just think of female streamer=hot tub streamer

It hurts those females streamers with actual talent and drive to not sell themselves out and be known for who they are as a person and a creator rather than another set of tits.

they didn’t call her a bikini streamer but ngl without enough information they made her seem like one. If i had no idea who she was i’d assume she was one of those hot tub streamers defending their thing

Is that libel?! Clearly the post did zero research ( not shocked) but to portray a co-owner of an org as just another hot tub streamer, might get their ass sued

You thought every single woman on the platform was streaming from a hot tub? Bruh

Valkyrae is yet to comment on the same. The article has caused a ripple on Twitter with her ardent followers coming to her rescue. The 29-year-old might assess the situation before commenting on it, avoiding any hasty decisions in the process.

The Washington native has seen an influx of negative comments in the last few months, due to which Valkyrae decided to keep her chat for members only.

In addition, she and Jaryd Russell “summit1g” Lazar have been victims of a lot of hate because they have considered cutting down on their GTA RP playtime.

The Content Creator of the Year for 2020 added another feather to her cap when she became the co-owner of one of the most popular esports organizations in North America, 100 Thieves. Sadly, she has to defend herself even after all this success.

Comments surrounding her induction as a co-owner suggest that she grabbed the title because she is a woman.

Valkyrae gave a fitting response on Twitter to put an end to such misogynistic comments. This saw heaps of comments praising the internet personality.

2021 for Valkyrae started on a similar note to last year. Only time will tell what the Among Us sensation has in store for her honest patrons. But it’s safe to assume that it will get bigger and better than ever.