Mumbai. TV actor Pearl V Puri is currently out on bail in the case of molesting a minor. Pearl V Puri has broken his silence for the first time after coming out of jail. Pearl has written a long post on Instagram.

Naagin 3 actor Pearl V Puri issued a statement and wrote, ‘Life takes its own tests of people. I lost my maternal grandmother a few months back. After 17 days I lost my father. After that my mother got diagnosed with cancer and now this is such a terrible allegation. The last few weeks were nothing less than a nightmare for me. Overnight I was proved guilty.’ 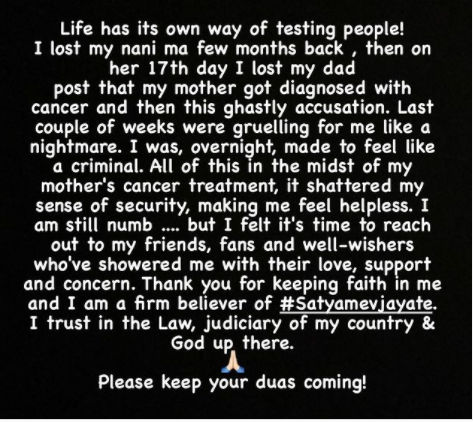 Pearl wrote- ‘Even today I am shocked’
Pearl further writes, ‘All this was happening while my mother’s cancer treatment was going on, this feeling of insecurity broke me. I was feeling very compelled. I am still shocked. But, I think it is time to talk to my friends, fans and well wishers who have given me love, support and comfort. Thank you for believing in me. I have faith in the law, the judiciary of the country and God.

The court sent Pearl to judicial custody. After this he got bail from the Vasai Sessions Court. Significantly, TV celebs like Anita Hassanandani, Ekta Kapoor, Arjun Bijlani supported Pearl.