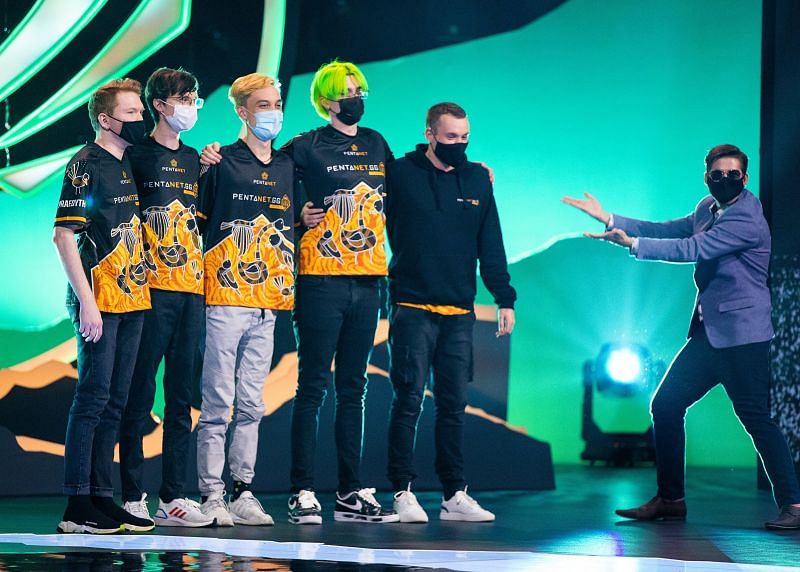 Pentanet and RNG secure tickets for the rumble stage

Day four of the League of Legends Mid-Season Invitational has concluded and it was all about exciting Group A clashes.

After six games of intense battles featuring the same group consisting of three teams, MSI 2021 finally got its first two rumble stage entries: Royal Never Give Up and PentanetGG. The second half of the group stage has showcased lots of nail-biters and has successfully set the stage for the rest of the tournament.

Tournament favorites RNG, went on to win their 8th straight game in the group stage, while PentanetGG came from behind to defeat Russia’s Unicorns of Love in a one-game tiebreaker to advance to the rumble. Also with Pentanet’s progress, they became the first team from the Oceania region to advance beyond the group stage of an international League of Legends tournament.

Here’s how Group A stands at the end of the fourth day of League of Legends MSI 2021.

Results and highlights of League of Legends MSI Group day 4

Result of Group A tiebreaker:

Group A standings after GD 4:

PentanetGG’s jungler, Jackson “Pabu” Pavone, snatched the spotlight on day 4 as the 21-year-old jungler played a crucial part in all the wins for the Australian Spring champions. Pabu played a total of 8 different champions throughout the group stage and his unconventional Karthus pick in the last group match turned out to be a game-changer for his team.

Pabu’s Karthus ran riots in the jungle and finished the last game of the group with an impressive KDA score of 5/1/9. The true test for Pabu and co. awaits, as the Australian heavyweights will have to face off against teams like MAD Lions and DWG KIA in the upcoming rumble stage of League of Legends MSI 2021.