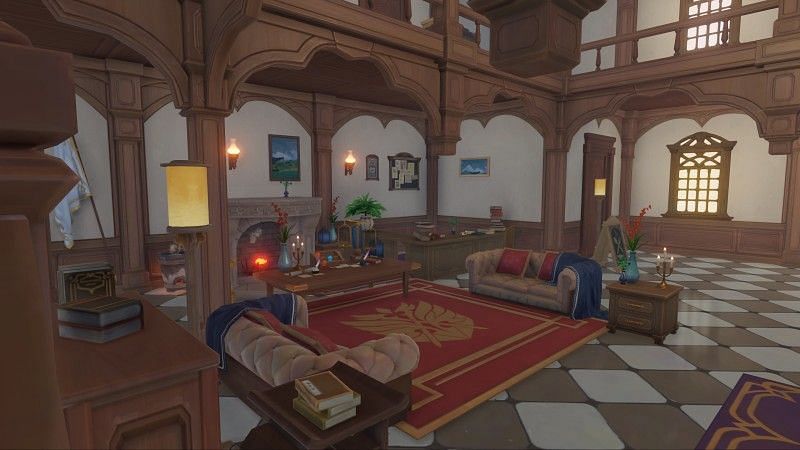 Genshin Impact 1.6 leaks have revealed a new item that will allow players to station their characters inside of their Serenitea Pot, giving bonuses and even Primogems.

Players will be able to take advantage of this opportunity to get easy Primogems from their characters, and this ability will also allow players to make their housing better than ever, with actual characters living within their homes. Players can learn more about this character here.

Genshin Impact players will soon be able to receive even more benefits from their player housing, allowing for easy gains of companionship EXP and Primogems. Players will be able to utilize a new item named a Realm Dispatch, which will allow characters to enter and leave the teapot whenever they wish.

This will allow players to dispatch their characters to the Teapot, similar to how players send characters out on Expeditions. When a player sends a character to the Teapot for the first time, they will gain 10 Primogems.

Players will be able to repeat this for every character they own, meaning that the more characters a player has, the more Primogems they can obtain from this method. This may be one of the simplest ways that Genshin Impact has added to obtain Primogems.

Genshin Impact 1.6 leaks: How to send characters to the Teapot

Every Trust Rank also increases the amount of Companionship EXP that is gained each hour a character is stationed in the Teapot, allowing for players to finally have an easier way to get Namecards.

This will definitely be helpful to those players who like to customize, as previously, there was no other way to farm Companionship EXP other than having the character in their party.

With the addition of this system, players will be able to easily acquire Primogems and Companionship EXP. Genshin Impact 1.6 leaks have been revealing many new bonuses coming to the game, and this one seems very useful.