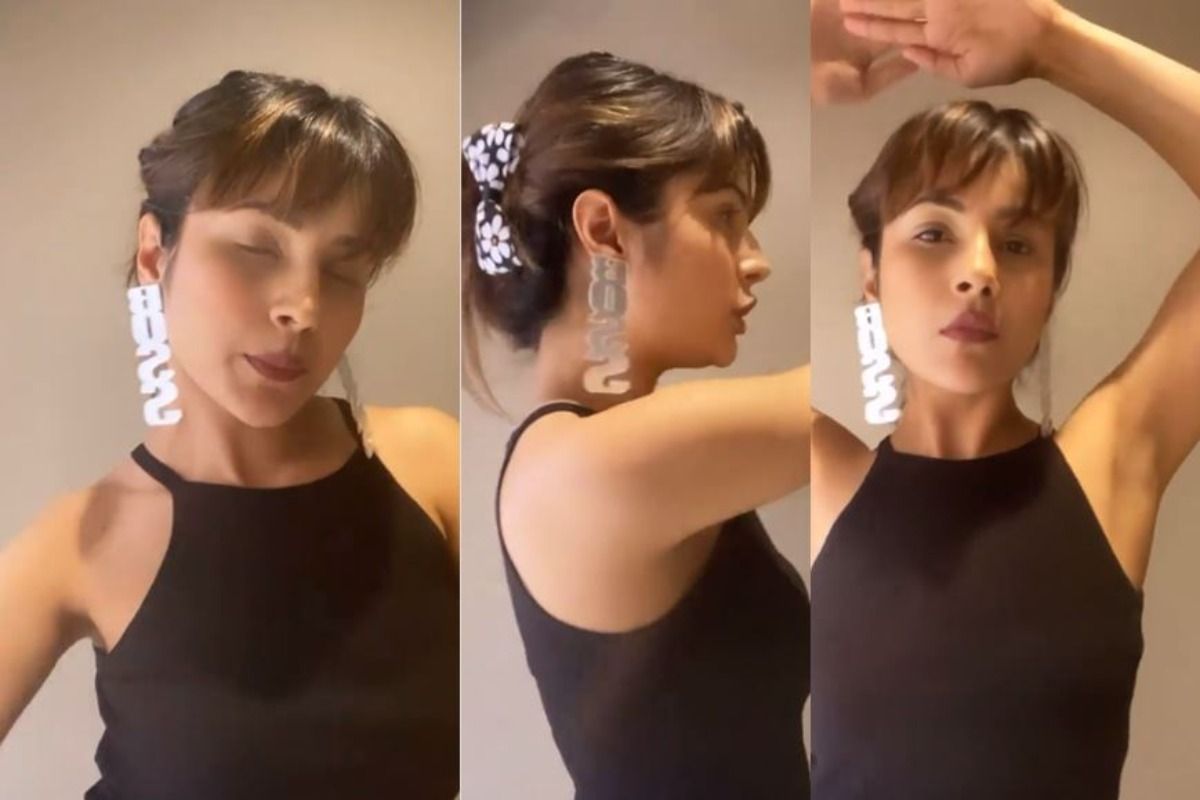 Mumbai: Bigg Boss season 13 and Punjabi actor Shehnaaz Gill has managed to make a name for herself in the industry in no time. She has become an internet sensation after her stint in Bigg Boss. The star is quite popular among fans. She has transformed into a beautiful and hot diva by losing oodles of weight. She continues to win hearts with her latest Instagram video that has gone viral where she is seen flaunting her sexy dance moves on Selena Gomez’ Look At Her Now song. Also Read – Sidharth Shukla Takes a Stand For Shehnaaz Gill But Something About His Reply Still Irks Fans

Shehnaaz Khan looks her sexiest best in this new haircut with fringes. She wears a black top, with blue denim and what attracts us, is her big BOSS earnings! Shehnaaz’s dance steps on Look At Her Now have gone viral and have garnered over 1.5 likes in an hour. The comment section is full of heart and fire emojis. Her followers can’t get over Shehnaaz’s dance and are watching on repeat. Also Read – Shehnaaz Gill Grooves To Justin Bieber’s Song ‘Intentions’, Flaunts Her New Haircut | Watch

On the work front, Shehnaaz Gill was last seen in a music video Fly with Badshah that was shot in Kashmir. She will be seen with Not just this, she has been in Punjabi film Honsla Rakh also featuring Diljit Dosanjh, Sonam Bajwa, and Gippy Grewal’s son, Shinda Grewal. The film will be out in the theaters on October 15. Honsla Rakh marks the film debut of Bigg Boss 13 fame Shehnaaz