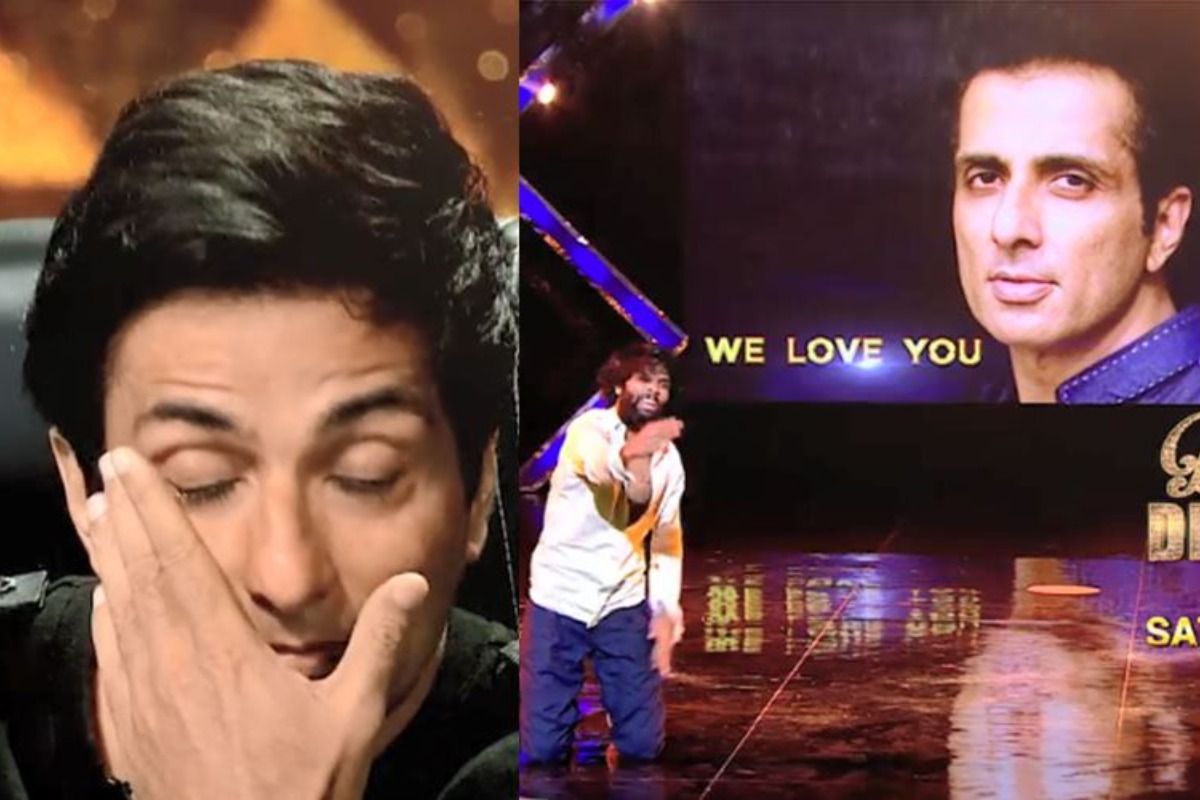 Mumbai: Bollywood actor Sonu Sood has turned into a real-life hero since the beginning of the coronavirus pandemic in India. He has been at the forefront, helping the needy. His contributions to the welfare of migrants and now, helping the needy with medical resources like oxygen cylinders, beds and medicines are highly commendable. Sonu Sood doesn’t leave a single person who gets in touch with him. Sonu will be seen getting emotional in the upcoming episode of Dance Deewane 3. As per the latest promo released by the channel on their social media account, Sonu Sood gets a warm welcome on the show and contestants perform for the real hero. Also Read – Sonu Sood Shows Unstoppable Notifications on His Phone Screen as Indians Ask For Help- Watch

In the promo video, Dance Deewane 3 contestants give a special tribute to the police and doctors. They also give a special performance for Sonu Sood thanking him for his unconditional service to the Indians. Sonu Sood got tears in his eyes after watching the performances. He can be heard saying: “I don’t have parents, but they must be watching from up and thinking now I have a big family with me.” Host and comedian Bharti Singh is also seen crying. Also Read – Nora Fatehi And Punit Pathak’s Steamy Chemistry on ‘Janam Janam’ is Unmissable | Watch

On Thursday, Sonu Sood has come up with an appeal to the government to help kids who have lost parents to COVID-19. He shared a video, urging the government to take a step to secure the future of these children. The actor has requested the Centre, state governments, and NGOs to provide free education to children.

Sonu Sood has been a ‘messiah for all the needy people’. He arranged transport for stranded migrant workers and helped students to return home last year, and today, the actor helped patients by ging them medical resources.