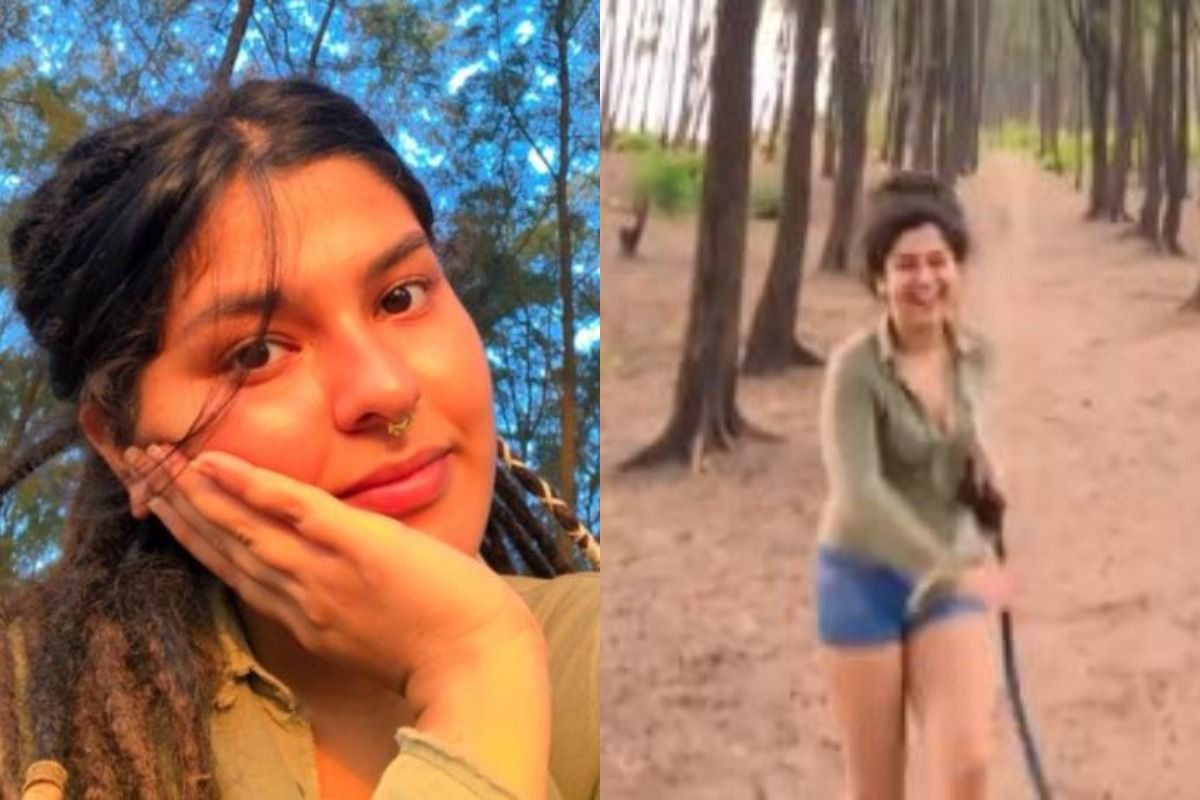 Mumbai: Television actor Nidhi Bhanushali, best known for playing Sonu in Taarak Mehta Ka Ooltah Chashmah, has revealed that she has left home ‘to seek what seeks us’ and ‘away from civilization’. She further said that on the very first day she found bliss as the air is pure, trees are tall and a ‘slight drizzle has marked the start of monsoon’. She concluded that ‘life is better in the wild’. Also Read – Taarak Mehta Ka Ooltah Chashmah Fame Nidhi Bhanushali Aka Sonu Flaunts Her Perfectly Toned Legs, Fans Say ‘Ye Wahi Sonu Hai Na’

Taking to Instagram, she shared her gorgeous picture clad in a top, half-tied hair, and a nose. She also shared pictures from the beautiful location where she is vacationing currently.

In another post, she shared a video running with her pet dog in a green top and blue shorts. She captioned it, “It’s tough to say who’s making the other run. @penchokutti or me. Wanna take a guess?”

On Sunday, she uploaded her smoking hot picture in a bikini teamed up with a loose off-white top. Taking to Instagram, she shared her stunning picture flaunting her perfectly toned legs. In the photo, she can be seen lying on the muddy ground along with her pet dog. Well, she looks amazingly gorgeous in the photo. She captioned it, “We see the sky changing, reminds us of our changing. (sic)”

Earlier, her video crazily went viral on social media wherein she can be seen taking a dip in the river in sizzling blue and black bikini and starts swimming. Sharing the video, she wrote, “Happiness is… in the middle of a jungle. (sic)” The video also showed her dog as he wandered around trees.

Meanwhile, Nidhi Bhanushali was a part of the longest-running show, Taarak Mehta Ka Ooltah Chashma for a long period of time. Palak Sidhwani replaced her and is currently essaying the role of Mr and Mrs Bhide’s daughter Sonu, who is the only girl in Tappu Sena of Gokuldham society.