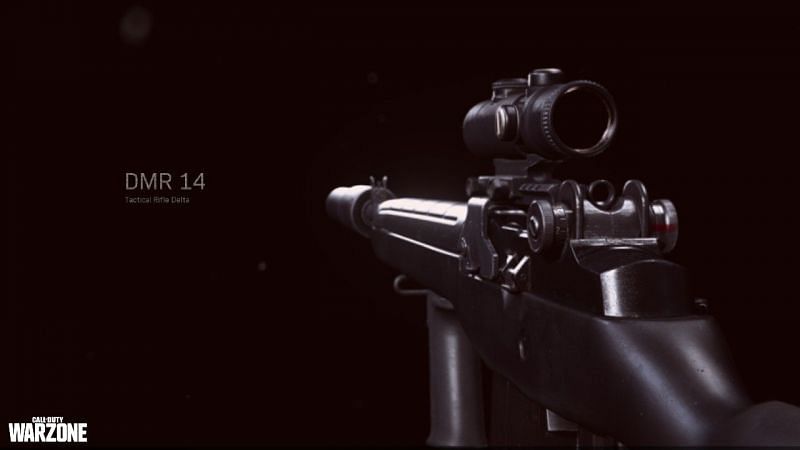 The best DMR 14 loadout in Call of Duty: Warzone Season 3

The DMR 14 was one of the best weapons of Warzone when Black Ops Cold War initially merged with the battle royale. Even though the weapon isn’t at the top of the tier list anymore, it still has plenty of potential with the right loadout.

As a tactical rifle from the Black Ops Cold War category, the DMR 14 serves a different purpose than fully automatic assault rifles. Weapons like the M16 and the AUG are also tactical rifles and are either semi-automatic or three-round burst weapons.

Since the DMR 14 is a higher-powered semi-automatic weapon, it’s mainly used for medium to long-range fights. A few well-placed shots can tear through armor and take down an enemy fast, especially with stats that increase the fire rate of the weapon. Additional attachments will also ensure that DMR 14 has deadly accuracy in Warzone.

What is the best DMR 14 loadout in Call of Duty: Warzone Season 3?

As with any loadout in Warzone Season 3, the goal is to enhance the strength of a weapon and compensate for any of its weaknesses.

For the DMR 14, that means capitalizing on damage and fire rate, while increasing the control of the tactical rifle.

The best attachments for the DMR 14 in Warzone Season 3

The Agency Silencer is a staple attachment for most weapons in Warzone, though the name changes depending on the type of weapon or the class. It provides sound suppression as well as effective damage range, which are the main attractions.

This barrel is the best attachment to increase the fire rate on the DMR 14. More shots down range will translate into more damage at a faster rate in Warzone.

Another staple attachment, the Field Agent Grip is one of the best attachments for recoil control in Warzone. It provides control to vertical and horizontal recoil on the DMR 14.

There are a few magazine options for the DMR 14, but the 30 Rnd magazine should be more than enough. Since the weapon is meant for medium to long-range, reloads also shouldn’t be a problem.

With a range-based set-up, players will also need an optic. The Axial Arms 3x is perfect for the DMR 14 in Warzone.