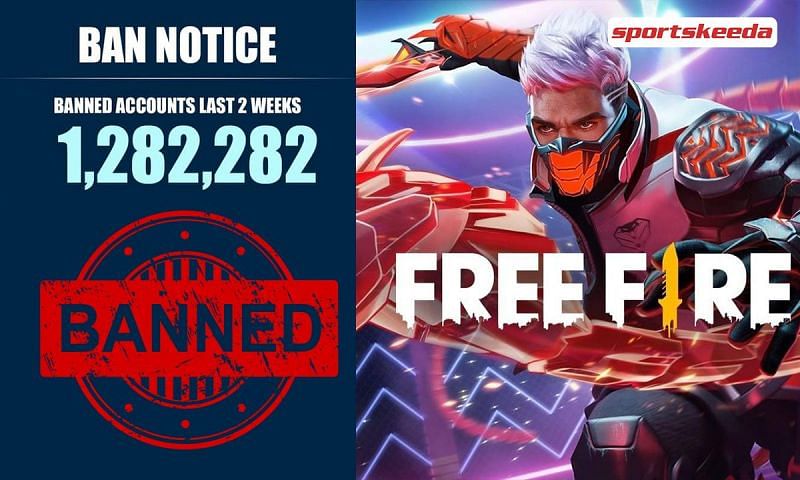 Free Fire has emerged as one of the most successful battle royale titles on the mobile platform. It was the most downloaded mobile game of 2020, with more than 265 million overall downloads.

The game has become a household name in the LATAM, South Asian and South-East Asian regions. It is also growing rapidly in regions like Turkey and North America.

With millions of players logging in to the game daily, it becomes difficult for the developers to keep a check on every single player.

To track cheaters and hackers in Free Fire, the developers have introduced an anti-cheat system that not only records and detects any anomalies in the game but also instantly bans unethical players.

Garena also publishes a bi-weekly report detailing the number of accounts that are permanently suspended for cheating.

The company published a new report on their Facebook page yesterday. According to the report, a total of 1,282,282 Free Fire accounts were banned for cheating in the last two weeks.

Out of these accounts, 53% were banned as a result of player reports. Meanwhile, 33,751 accounts were banned for intentionally playing with hackers.

Compared to the previous report, the latest one witnessed an almost 9% increase in the total number of cheaters banned.

Free Fire’s developers regularly work hard to keep the game clear of cheaters and hackers. They frequently release updates to flush out any bugs, scripts or loopholes that adversely affect the player’s in-game experience.