India are already out of reckoning for a 2022 FIFA World Cup berth but still in contention for a 2023 Asian Cup spot in the joint qualifiers. 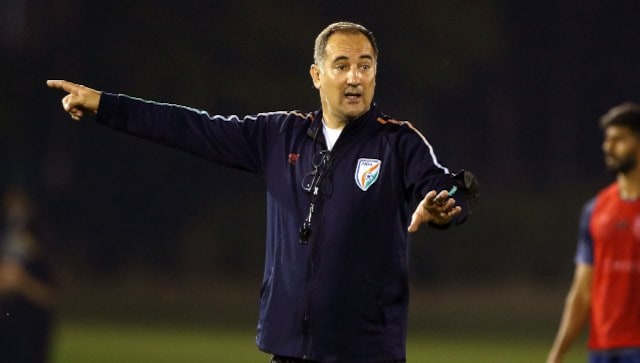 New Delhi: The All India Football Federation on Wednesday said the national team cannot train in the country right now given the COVID-19

surge and it is considering foreign options for a camp ahead of the World Cup qualifying round matches in Qatar next month.

India are already out of reckoning for a 2022 FIFA World Cup berth but still in contention for a 2023 Asian Cup spot in the joint qualifiers.

“We can’t have a camp in India. So, we have to (look for different options),” AIFF General Secretary Kushal Das told PTI.

A national camp under head coach Igor Stimac was earlier planned in Kolkata from 2 to 21 May. After that, the team was to leave the country on May 22 for Dubai where a week-long camp as well as a friendly match – not international – was planned.

pandemic in the country. A request by the AIFF to postpone the matches in Qatar was reportedly shot down by the AFC.

Asked if there’s a plan to send the team to Qatar in advance though the first match is still 20 days away, Das said, “Only if we get permission.

We are waiting for information from QFA (Qatar Football Association).”

He said if the permission is granted, the AIFF will seek an exemption from quarantine for the team after reaching Qatar.

“We are seeking an exemption from quarantine with the help of QFA,” he said.

The Indian team is currently fourth in the group standings with three points from five matches.

From the remaining fixtures, the team will hope to collect as many points as possible and finish third so that it can seal automatic qualification for the 2023 Asian Cup qualifying third round.

In March, India played their first international matches since November 2019 in friendly games against Oman and the UAE in Dubai.
India held Oman 1-1 on 25 March but suffered a 0-6 defeat against the UAE on 29 March.