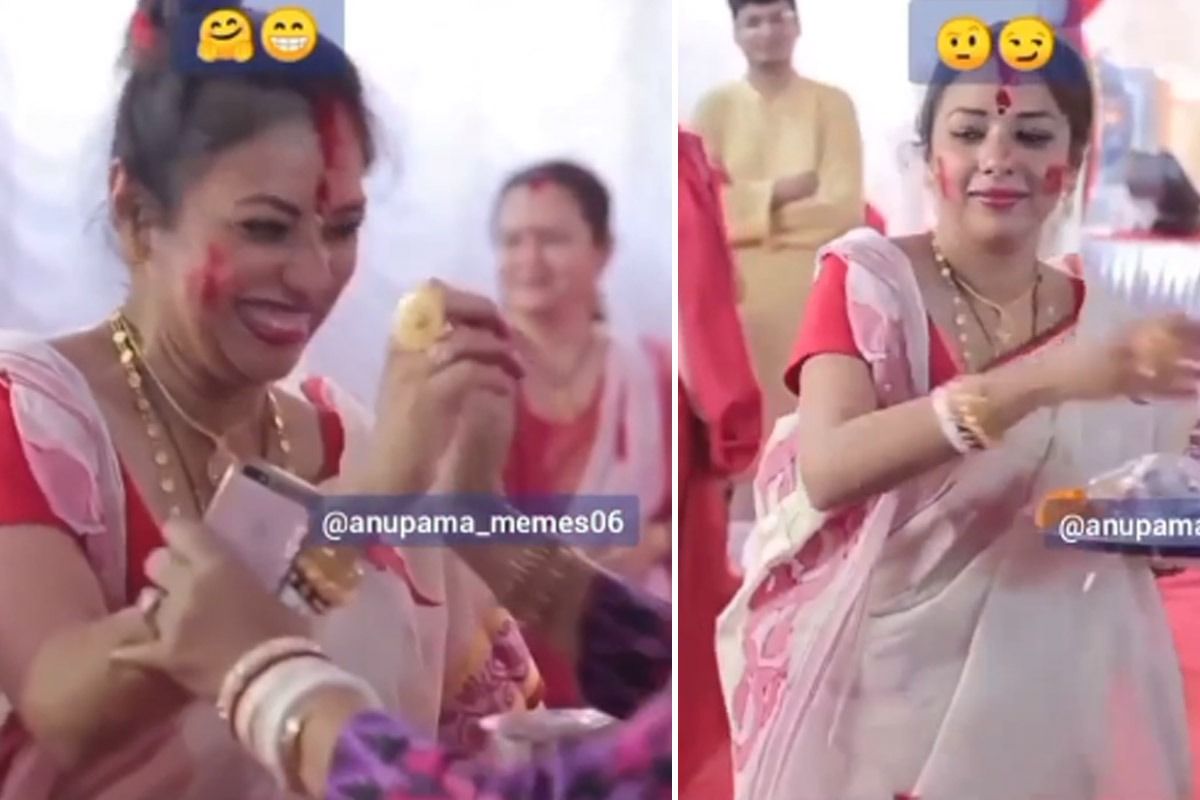 Gujarat: Television actor and Anupama fame Rupali Ganguly feels delighted after her fans dug out her old and rare video where she can be seen channeling her inner Bengali as she plays ‘sindoor khela’ ( literally meaning ‘vermillion game’, is a Bengali Hindu tradition where women smear each other with sindur on Vijaydashami, the last day of the Durga Puja) in the throwback video. Also Read – Anupama Fame Rupali Ganguly Once Again Takes Nataraja Avatar in Simple Pink Saree

Thanking her fans, she explained that the video was of the time when she shed extra kilos for Sarabhai vs Sarabhai 2. She also reveals that Durga Puja is the time of the year when the ‘crazy Bengali’ in her takes over her completely. Also Read – Anupama Spoiler Alert: Vanraj Lashes Out At Anupama, Questions Her ‘Closeness’ With Advait

She captioned it, “SHIDOOR KHELA  THAT TIME OF THE YEAR WHEN THE CRAZY BENGALI IN ME TAKES OVER COMPLETELY Sindoor khelkar hum sab Maa ke visarjan ke liye jaate hai, dholi dhaaki ke saath  Thank u for finding these candid clippings for me, I don’t even know when or who shot these videos I have never seen these before This was right after I had lost weight for sarabhai season 2 Itni mehnat aur shiddat ye footage dhoondhne ke liye thank u. (sic)” Also Read – Rupali Ganguly Gives ‘Dhal Gaya Din, Ho Gayi Shaam’ Vibes As She Undergoes Major Makeover, Fans Call Her ’90s ki Queen’

Earlier today, she shared her picture wearing a pink saree and donning a Nataraj avatar. Taking to Instagram, she shared her BTS picture from the sets of her popular show. She can be seen clad in a simple pink saree teamed up with perfectly braided hair and minimum makeup and bindi. She gives out a dance move and takes Nataraja’s avatar for the upcoming episode. She captioned the post, “When u start to do the things that u truely love, It wouldn’t matter if it’s Monday or Friday …. You would be so excited to wake up each morning and work on ur passions -Edmond Mbiaka. (sic)”