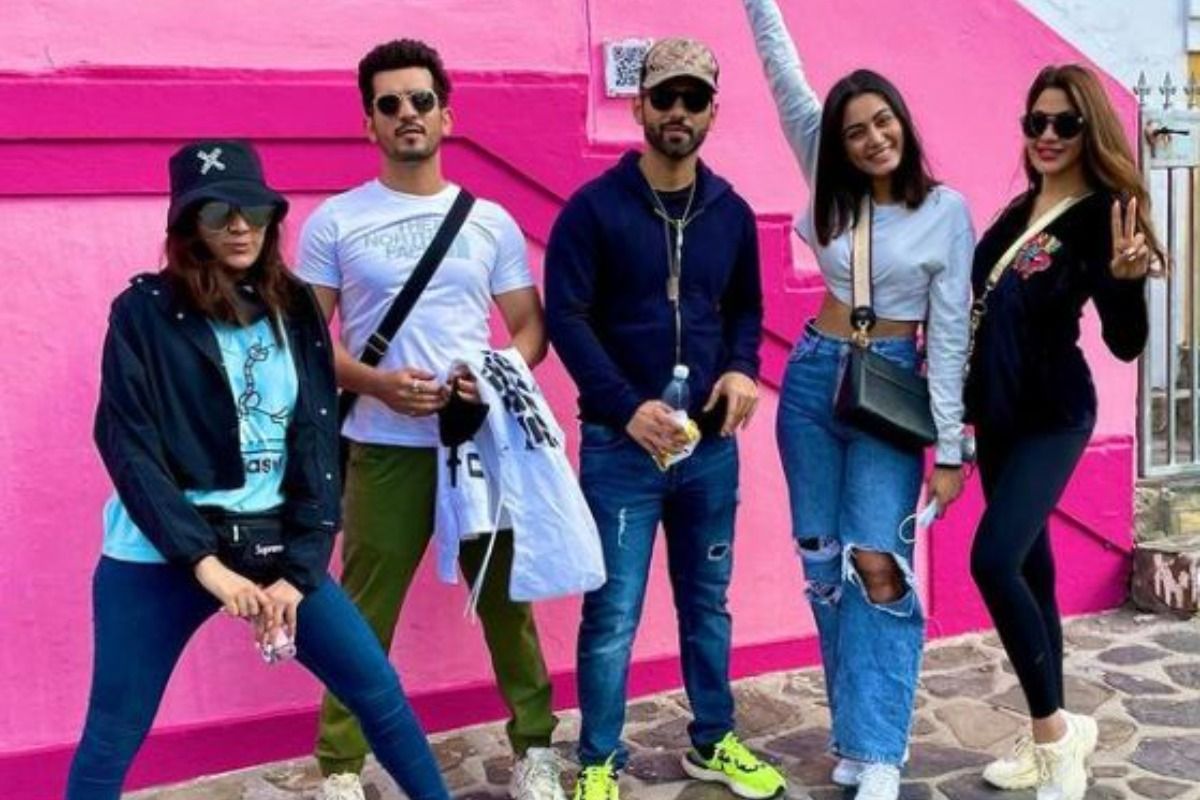 Cape Town: Khatron Ke Khiladi 11 is all set to return to small screens and the contestants have begun shooting for the first stunt of the season. However, there is a twist. Taking to Instagram, actor Arjun Bijlani teased fans with a groupie and jokes about ‘posing for the picture’ as the first stunt. The photos feature Arjun, Rahul Vaidya, Aastha Gill, Nikki Tamboli, and Sana Makbul with a big pink and yellow wall at the backdrop. Sharing the photos, he wrote, “Our first stunt .. posing !!’ Also Read – Khatron Ke Khiladi 11: Arjun Bijlani Goes LIVE From Flight; Mahek Chahal, Sana Makbul Make Appearance

Earlier, Divyanka Tripathi posted a picture from Cape Town on Saturday. The actress is currently in the scenic South African port city to shoot for the adventure reality show, “Khatron Ke Khiladi”. In the Instagram picture, Divyanka looks out of the window, overlooking a beautiful backdrop. She has a mug in hand, and the shot was taken in the morning, going by her caption. “Waking up to this,” she wrote.

Arjun opened up about participating in the reality show and said, “As they say, the show must go on! Leaving my family behind in such unprecedented times for Khatron Ke Khiladi is indeed an arduous task. I am feeling all sort of emotions right now. I am a little anxious looking around at the crisis, at the same time excited to embark on this adventurous journey, and more than anything, worried about my family. They, too, are upset about me leaving, which makes it even harder.”

“This year, it is not about winning or losing; it is more about keeping our spirits high and moving forward. I sincerely believe that each participant this year is a winner because this is a situation like no other. At this moment, the energy to pull yourself out of the dark zone and all the negativity for the show is commendable on everyone’s part,” he said.

The show is hosted by Rohit Shetty who has been associated with the show for a long time. The contestants were snapped at the Mumbai airport during the wee hours on Friday.