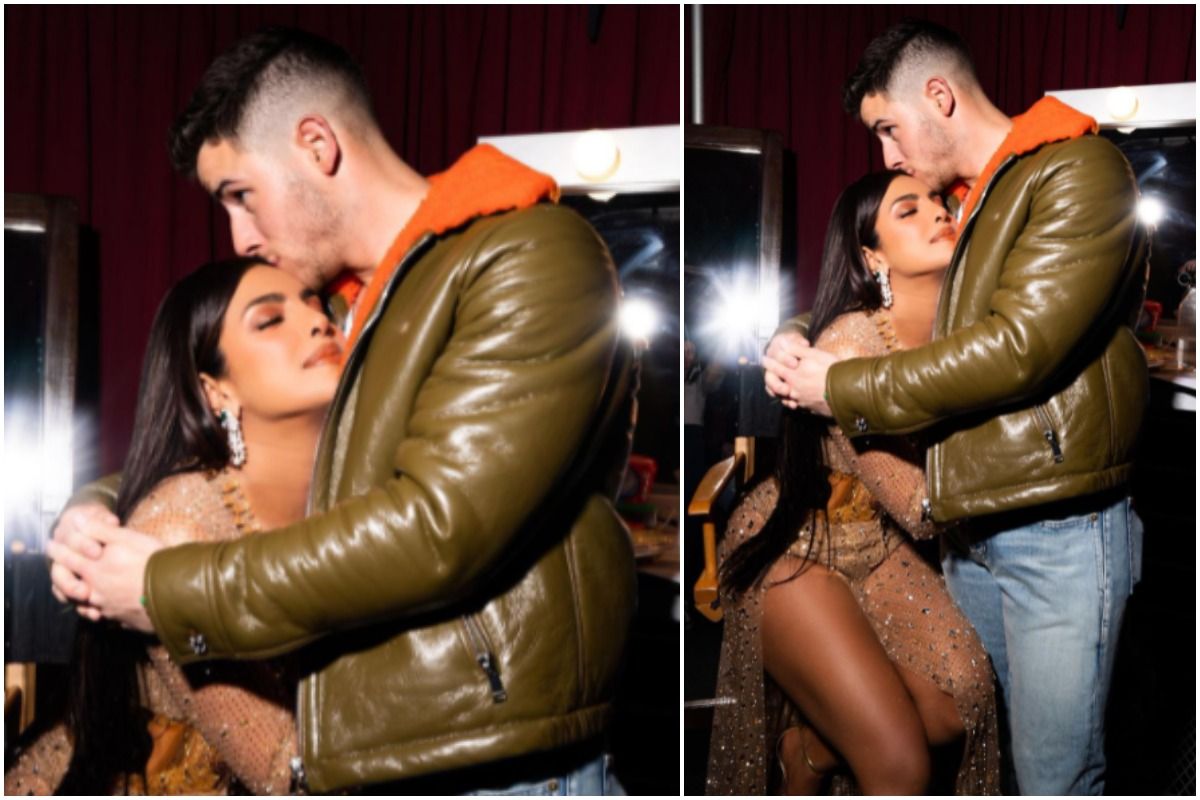 Los Angeles: Global icon Priyanka Chopra Jonas took to social media sharing an appreciation post for her singer-husband Nick Jonas. She shared an adorable picture with hubby Nick on Instagram and mentioned that she is so proud of him. Showering love, Priyanka wrote, ”Husband appreciation post. Not even a cracked rib can stop this force of nature. So proud of you baby. With everything you do! Your work ethic, your pursuit of excellence! You inspire me everyday! Crushed it today! I love you so much!” Also Read – Billboard Music Awards 2021 Complete Winners List: ‘The Weeknd’ Wins Big Tonight, Takes Home 10 Awards

The picture Priyanka shared is from Billboard Music Awards which were held on Monday. In the picture, Nick can be seen holding Priyanka in his arms behind the stage and kissing on her forehead while Priyanka sits with her eyes closed in a luxurious sheer nude plunge dress with a high leg slit by Dolce & Gabbana. Also Read – Priyanka Chopra – Nick Jonas’ Luxurious Outfits at 2021 Billboard Music Awards Will Take Your Breath Away

Nick Jonas reacted to Priyanka’s post and wrote, ”I love you more” along with a red heart emoji. Several of Priyanka and Nick’s fans took to the comment section showering love and dropping heart emojis. Another video of the duo is going viral from behind the stage in which they can be seen sharing a kiss.

Priyanka also shared several other pictures with Nick from behind the stage. Take a look:

Priyanka was otherwise in London and returned to make an appearance on the Billboard Music Awards as a presenter for the first time, while Nick hosted the mega event. Nick also performed on the BBMA stage with his brothers, Joe and Kevin Jonas, aka the Jonas Brothers, along with Marshmello.